"Three lads in their 30s sharing the one drink - I kid you not!"

Alan Quinlan has criticised those across Ireland who are deciding through their actions - or lack thereof - not to take seriously what they can do to halt the spread of coronavirus.

Speaking on Monday's OTB AM from his home, the former Munster player and Ireland international despaired at the degree to which some people could still be found disregarding government recommendations about tackling the spread of coronavirus.

"The most important thing now is for people to do the right thing," he stated, "it isn't very complicated trying to understand that you should keep your distance and stuff like that."

Nevertheless, as Alan Quinlan has discovered upon leaving his house throughout this period of uncertainty, some people are finding it incredibly complicated to grasp the basic requirements asked of them.

"It is frustrating me a bit," he admitted. "I was down in Rathmines yesterday and popped into McDonald's.

"I kid you not, there were three guys probably in their early 30s outside the door of McDonald's with some food and they were sharing the one drink.

"I'm not joking you. Talk about ludicrous actions in these circumstances - sharing one drink! There were three other adults there staring face-to-face chatting with each other.

"Some people are just not doing what needs to be done."

Ultimately, Alan Quinlan believes that the inability of some to follow instructions laid down for all will serve to bring about greater restrictions in the coming days and weeks.

"I think there will be more restrictions brought in," he estimated, "I think going out to parks for walks, as long as you keep moving and keep your distance from people its fine, but some people aren't adhering to that."

On Friday's OTB AM, Ronan O'Gara, a former teammate of Quinlan currently residing in France where he works as the head coach of La Rochelle, explained what it is like to be living in a country where lockdown has already been enforced.

"Everything is out of bounds," he explained of their immediate surroundings in La Rochelle. "I live near a beach here, and even that is out of bounds for going for a walk.

"If you go out for a little walk you'll hear the sirens behind you and two lads will come up and ask for your piece of paper. You have to have a piece of paper on you to explain the reason why you're out of the house.

"You're allowed to go out only if you're getting the essentials from the shop, doing around 20-minutes of exercise a day within a 2 km radius of your house or whether it is essential for your work.

"I was initially a bit looser with my rules being from Cork, but over here they do it differently." 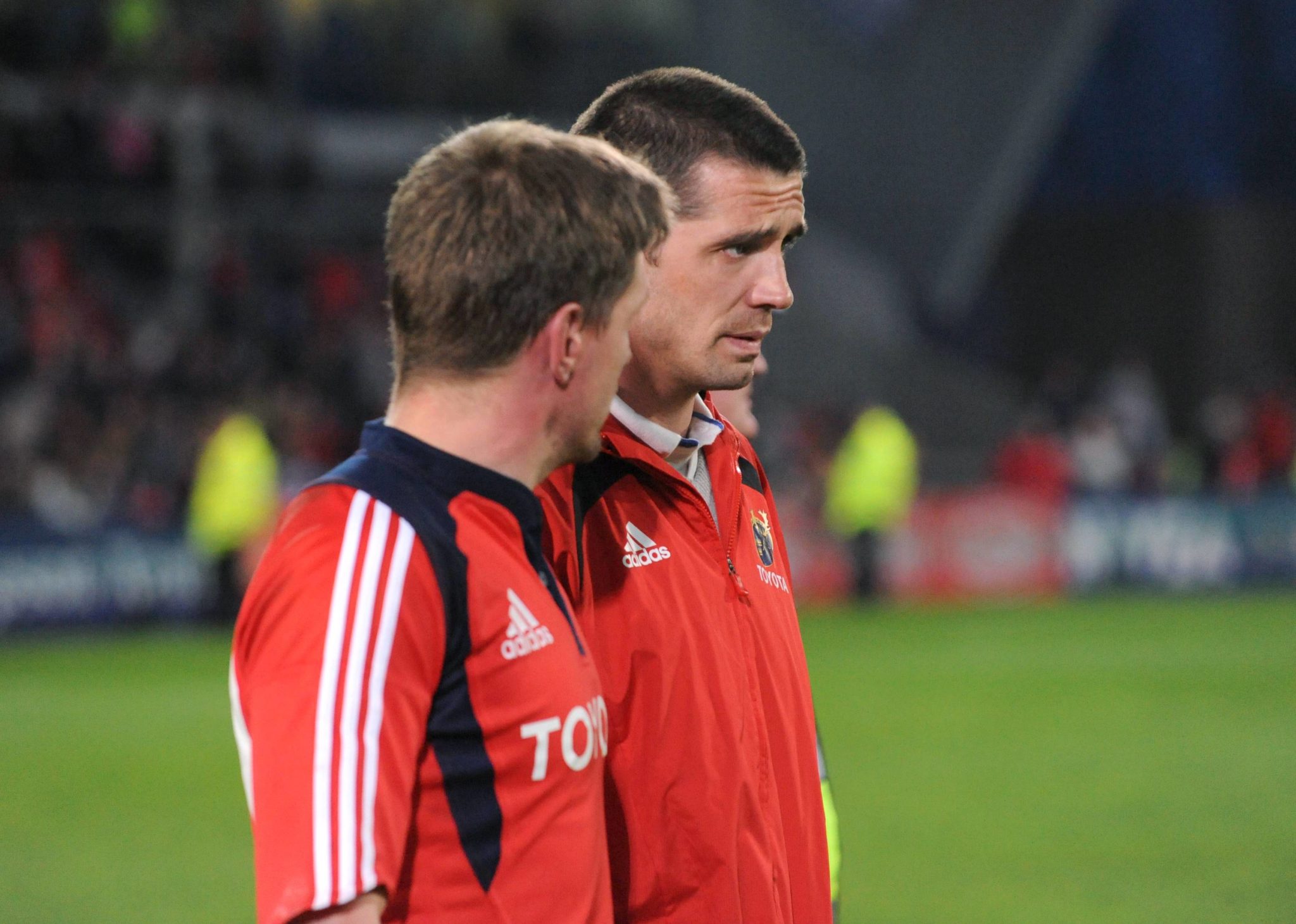 You can watch Alan Quinlan's interview back in full here.