Former Leinster and Connacht flyhalf Andy Dunne discussed Bundee Aki and Ireland’s lack of distribution from the centres on Off The Ball on Sunday.

Aki put together a strong performance against Scotland on Saturday, with a number of powerful carries and some big hits on defence.

The one thing that he lacked, though, was his ability to distribute the ball wide quickly to exploit the overlap.

In fact, Peter O’Mahony showed exactly what skills Aki lacks on Saturday, according to Dunne.

“You mention that score, that three on two overlap,” Dunne said. “It was really nice to see O’Mahony handle that well.

“In the first half, we saw a very similar situation created and Bundee Aki was unable to get that ball away.

“When we see a number 7 is able to do it and a midfielder who isn’t, that was something that concerned me.”

Aki’s inability to pass the ball down the line quickly and accurately is a trend that Dunne has noticed.

“He is a brilliant runner, he is very physically combative, and he is a good physical defender in terms of the aggression he brings into a tackle, and he is very capable of an offload,” Dunne said.

“But [in terms of] his actual distribution, he had more time than it looked, and he needs to be able to get that ball away better in the first half.

“They are little things that we need to see changes in; if we are going to be a more creative team, you need your midfield to be able to do that seamlessly.

“O’Mahony in a sense showed his skill, but also showed where maybe there are issues in the midfield in terms of distribution.” 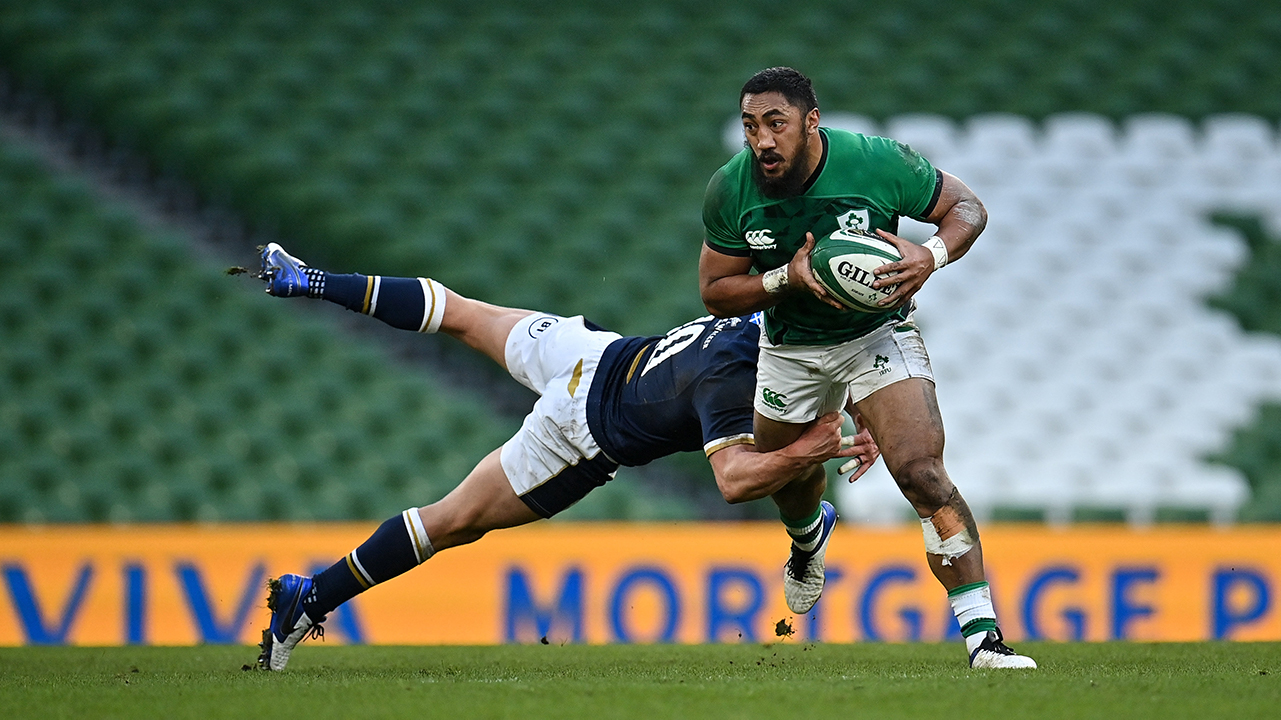 Bundee Aki of Ireland is tackled by Jaco van der Walt of Scotland during the Autumn Nations Cup match between Ireland and Scotland at the Aviva Stadium in Dublin. Photo by Seb Daly/Sportsfile

Dunne believes that the skills of the flanker actually highlighted what many have begun to see in Aki and other Irish centres’ games.

He suggested that this was contributing to Ireland’s inability to truly compete against the top sides in world rugby.

“It is a concern, because at the highest level, you need people who can perform those skills with their eyes closed,” Dunne said.

“They have got to be able to execute. A lot of the chat coming from the Irish camp in the last couple of weeks… was that ‘we are creating chances; it is just a matter of executing’.

“If you want to execute against good sides in pressure situations, those simple little technicalities are exactly where you need to work on.” 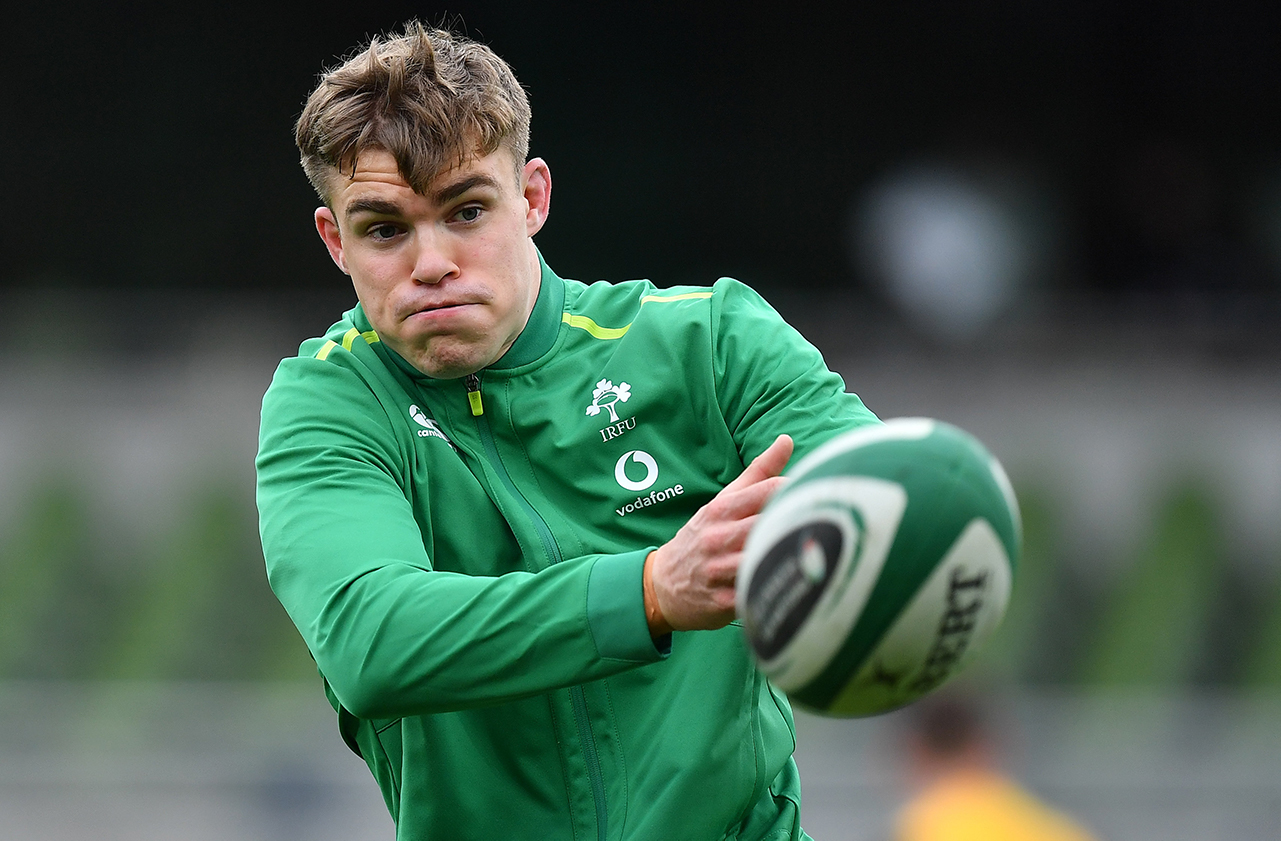 Garry Ringrose of Ireland prior to the Guinness Six Nations Rugby Championship match between Ireland and Italy at the Aviva Stadium in Dublin. Due to current restrictions laid down by the Irish government to prevent the spread of coronavirus and to adhere to social distancing regulations, all sports events in Ireland are currently held behind closed doors. Photo by Brendan Moran/Sportsfile

Ringrose will bring what Aki and others lack

Garry Ringrose is the only one of the Irish centres who can specialise in distributing the ball out wide, according to Dunne, which is why they are missing him so much.

“When you see [Robbie] Henshaw, Aki, and then [Stuart] McCloskey and [Chris] Farrell as midfielders there, none of the four are renowned for their distribution skills,” Dunne said.

“Of the four, I think Henshaw is probably the best passer.”

Henshaw showed his passing ability in the lead up to Keith Earls’ second try against Scotland, however he was overshadowed by the slick hands of O’Mahony as well.

Dunne thinks that all of the current Irish centres, who are fit, share the same skillset, and that Andy Farrell will be counting the days before Ringrose can return from injury.

“You are probably looking at four players who are good defenders, very physical, all can offload pretty well, all can compete in the air well for kick chases and things like that,” Dunne said.

“But distribution wise, someone like Ringrose adds more nuance and style to our midfield, so he is missed.”