Scrum Queens founder Alison Donnelly joined OTB AM on Wednesday to talk about the final chapter of the 20x20 movement and the need for 50/50 sponsorship of women’s national sides.

The 20x20 movement launched the start of their final chapter with an open panel discussion on Wednesday afternoon on what is needed next for women in sport.

With the movement wrapping up, Donnelly has seen the difference that it has made, even from across the pond in England.

“I think it has been hugely impressive, and actually, being outside [Ireland] does give you a perspective about how impressive it has been,” Donnelly said.

“People have been talking about it here [in England].

“I am involved in a campaign called ‘This Girl Can’, which is something that Sport England, who I work for, fund and run.”

Donnelly thinks that the success of the 20x20 campaign has come down to the inescapable message of equality that has been present throughout the two-year run of the campaign.

“What 20x20 has done is it has just created a narrative that is impossible to ignore,” Donnelly said.

“It has not been short term; it has been there banging the drum and having the conversations.”

Donnelly thinks that it has forced governing bodies to rethink their approaches to female athletes.

“I think it has probably forced people like Sports Ireland and the other sporting NGBs (Non-Governmental Bodies) to think a bit differently,” she said.

“You want campaigns like that to make people stop and think, ‘is what we are doing here right? Are we doing enough?’ 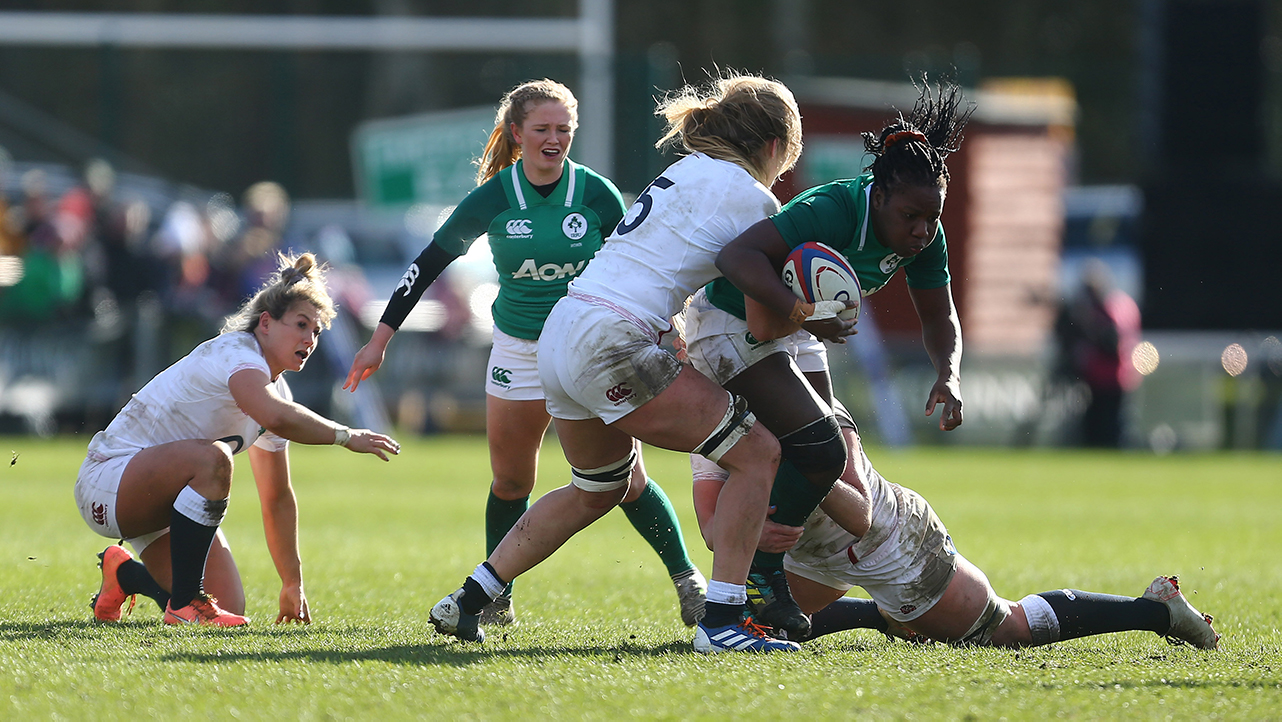 Linda Djougang of Ireland in action during the Women's Six Nations Rugby Championship match between England and Ireland at Castle Park in Doncaster, England. Photo by Simon Bellis/Sportsfile

The 20x20 campaign has generated a lot of traction, particularly with younger athletes, with young girls starting to talk more about sport and play more sports.

“It is an amazing thing to get young girls talking about women’s sport,” Donnelly said.

“When I was growing up, we talked about Sonia O’Sullivan and that was kind of it.

“That was inspirational enough. She inspired me.

“I just think it is amazing for young girls to be able to have the conversation and see it on television.”

Even prior to the success of the 20x20 movement, Donnelly said that people in England were always surprised at how much support women’s sport gets in Ireland.

“Ireland is unique. People are shocked [in England] when I say that for the All-Ireland camogie or football finals that 60 thousand people might watch those games,” Donnelly said.

“There has always been a basis for the conversation to go to the next level about women’s sport in Ireland. 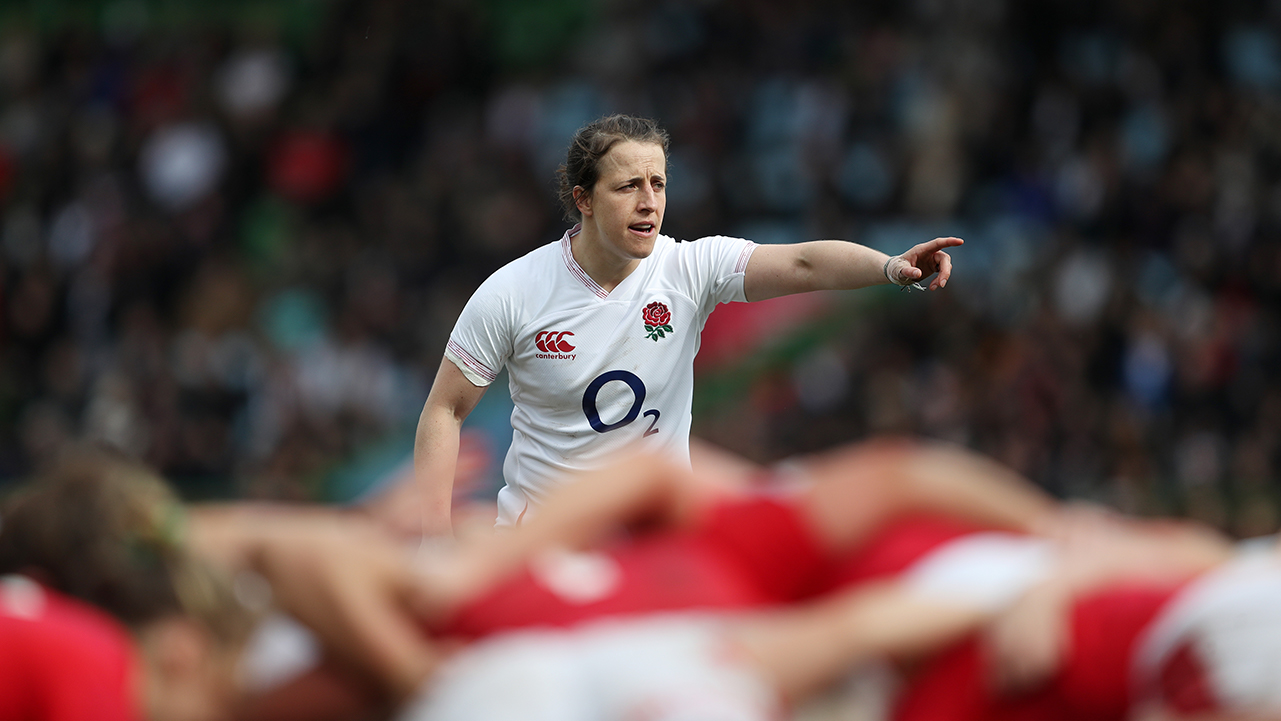 On Monday this week, O2 and the Rugby Football Union (RFU) in England announced that their sponsorship of English rugby will now be 50/50 between the men’s and women’s teams.

Donnelly thinks that this landmark move could be the start of further change in international sponsorships for all countries.

“It starts to set an expectation of it,” Donnelly said.

“What campaigns like that do, and what decisions like O2’s decision do is they set expectations and makes the ordinary public think it is unacceptable when it does not happen.

“It is really important.”

Donnelly has already seen the change from an Irish perspective as well, as earlier this week Canterbury also relaunched their Irish women’s jersey with a new, more equal campaign.

“I think O2 will put gentle pressure on other sponsors to do the same,” Donnelly said.

“Really interestingly, you saw Canterbury this week running their women’s shirt launch this week very differently to how they would have done it a few months back.

“That is how change happens. You keep talking about it and keep banging the drum, otherwise nothing changes.

“Maybe O2 has started a precedent here that we can’t go back from.”

'There is a gap there, it needs to be filled' | Jenny Murphy on Ireland U20s

What to expect from Off The Ball's Nollaig Na mBan Special