Trainer Tony Mullins joined Friday Night Racing on Off The Ball fresh from his Group One win in F...

Trainer Tony Mullins joined Friday Night Racing on Off The Ball fresh from his Group One win in France with Princess Zoe.

The mare has made incredible progress this year from getting beaten off a lowly mark of 64 at Navan to taking the Group One Prix du Cadran at Longchamp on Arc day.

Along that journey she has captured the public's imagination, Tony Mullins thinks it's down to an Irish love of a good underdog story.

"The Irish people as a race have always been lovers of the underdog because we've been a bit that way all our lives ourselves on the international stage," according to the trainer.

"They love to see the underdog coming. Here we have a small-time owner, a small trainer, an apprentice jockey, and a used car of a horse.

"Now she has come right to the top and won on the world stage. We think we were nearly as famous as Sam Bennett was the week before on the Champs Elysees."

The turnaround in the horse's form since her days in Germany is quite incredible.

"She was an unexposed handicapper, she had ten runs last year and didn't win a race. Then she comes here and we upped her in distance significantly," said Mullins.

"That seemed to bring about improvement, and then we were quite lucky that the rain came every day she ran. A cut in the ground definitely suits her.

"The first day she famously got beaten [at Navan]. That flattened her for a while but I knew going to the Ladies' Derby in the Curragh.

"I said 'nothing will beat this one.' I thought she was one of the biggest certainties I ever ran. She won accordingly so I was vindicated." 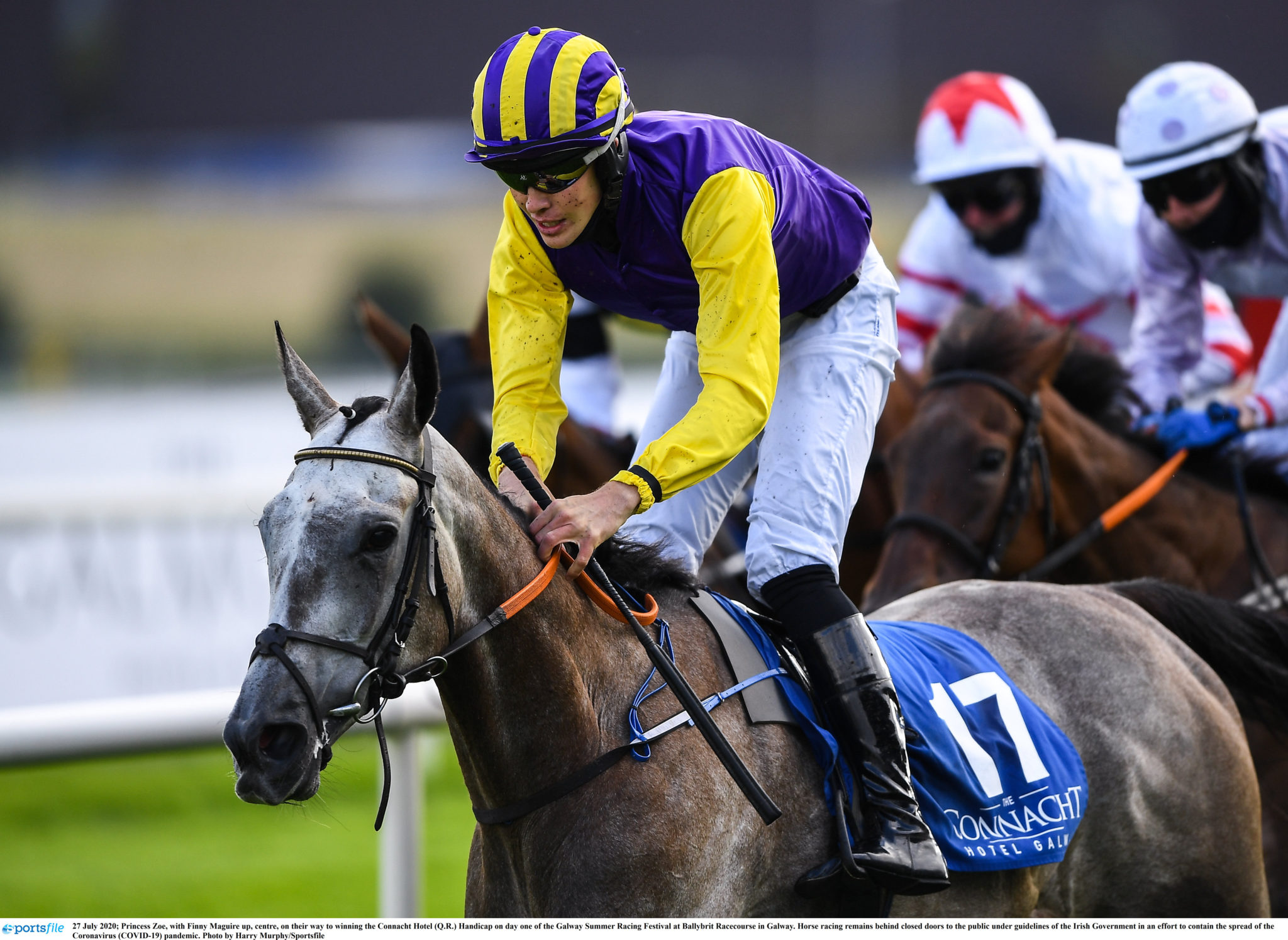 Before Joey Sheridan took over on Princess Zoe's back a pair of amateurs had success on the mare, Jody Townend and Finny Maguire.

"For all these different jockeys to ride her and she always comes up with the same result.

"When we came on to the listed race [at Galway in September] it was very exciting. I knew we were tying into group form at this stage," the trainer recalled.

It was before the Prix du Cadran that Princess Zoe really came to life in Tony Mullins' eyes. They even had to change their travel plans.

"About eight days before the race in France, Joey Sheridan came down to ride work," recollected Mullins.

"I've been on the gallops here for thirty years wondering what it would be like to have a group one horse.

"Then I said to myself 'would you even know if you had one?' By god when I had one, I knew!

"I knew the minute she worked that morning. I said to my travelling head girl Jackie, who looks after Zoe. She wasn't going to go to France due to COVID 19 isolation regulations.

"I said 'this is too important, you have to go, we're going to maybe win a race here.

"I felt it in my bones that she wasn't going to get beat." How right the feeling in Tony Mullins bones was.