Cathal McHugh is an All-Ireland club winner with St. Brigid's of Roscommon in 2013 who has been living in Abu Dhabi for the last two-and-a-half years. One among four involved in the Birdinthehand racing syndicate, late last year they completed the purchase of Skyace for an improbably £600.

Joining Ger Gilroy and Johnny Ward on this week's Friday Night Racing, the former Roscommon footballer explained how a horse that cost so little is now gearing up for a real shot at Cheltenham next year.

"I just got some notion to email Shark," he explained, John 'Shark' Hanlon the trainer who ultimately went on to recommend Skyace to the syndicate.

"I told him that I had about £10,000 to spend between four fellas; two out here along with me and one back at home. He told me then about Skyace but doubted whether I would get her for £10,000."

Previously trained by Willie Mullins, by some strange quirk of fate McHugh and his three co-owners ended up acquiring the horse for less than one-tenth of that price.

"There were rumours that her shins were sore and what-not, she didn't look great in the sales and all this," he recalled, the eventual purchase made at the Ascot Sales in November 2019. "She was a bit of a shell of a horse and I'd say that was a good part of the reason we got her for £600. Shark opened the bidding with that price and that was it - nobody even bid against him."

After it was decided that she would be put "out in the field" upon her arrival in Hanlon's yard, it was only as racing made its comeback from the Covid-induced break of this year that she had her first race.

What at one point seemed like an intriguing shot to nothing has quickly snowballed for those involved.

On her first outing in Tipperary, Skyace recorded a first win. This was followed by further wins at Gowran Park in July, at Down Royal three months later and most recently at Punchestown last week.

"She actually opened up at 4-1 [in Tipperary] and there was a favourite from Gigginstown that was 8-13," he recalled, admitting that they refrained from putting any money on their acquisition for that particular outing.

"But that favourite pulled up and we won there. The next day when she went to Gowran she was 10-1 and we had a few pound on her that day.

"After that then we would have had a few pound on her every day and there were two or three races where she didn't produce on the day, but since then everything has been great.

"Basically, our plan last November was to get a horse that could run Galway and now Cheltenham is on the cards." 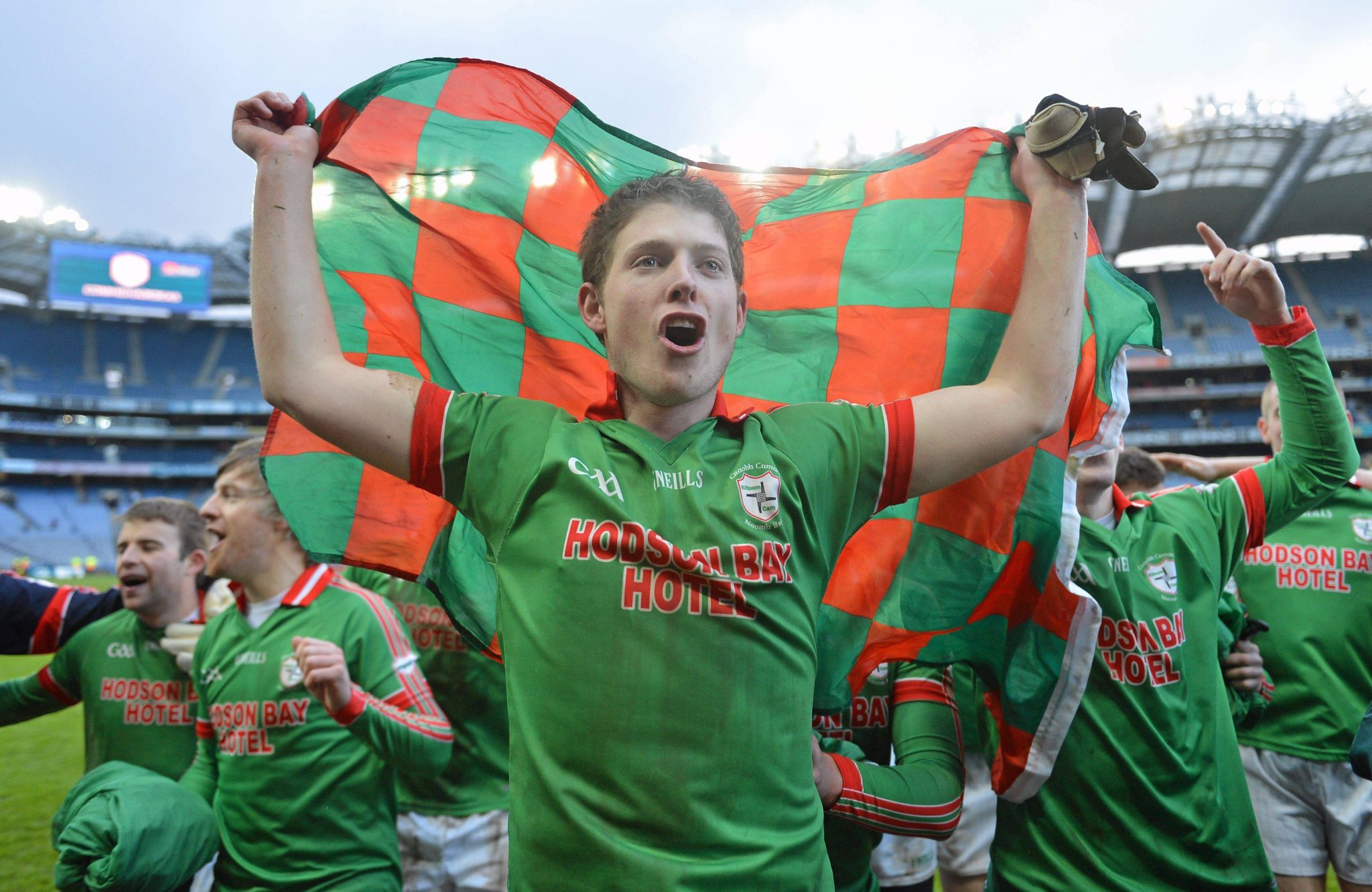 For McHugh, the success of Skyace is an interesting second-act to his own high sporting achievements in an earlier life.

An All-Ireland winning corner-forward with St. Brigid's in 2013, he has found that the success coming with horse ownership certainly rivals that which came with Gaelic football.

"That was a fantastic achievement," he noted of the Roscommon club's defeat of Ballymun Kickhams in the club decider seven years ago. "We had been knocking on the door a fair bit before that but that was a good week. We had a fantastic team though and it was a really good time to be playing football."

Although he featured at various stages for the inter-county team also, McHugh's life is now rooted in Abu Dhabi for the time being and thoughts of Skyace at Cheltenham early next year.

"The support has been phenomenal so far," he explained, the good will coming forth from people something which has taken McHugh aback. "I wouldn't be a good man for tweeting or anything like that, but my Twitter account has gone mad with well wishers.

"It gives hope to other people though that they don't have to go and spend £100,000 to get into the game. There's no better feeling, well, bar winning a club All-Ireland than having your horse winning."

Darragh O'Keeffe backs A Plus Tard for the Gold Cup