Simon Torrens | 'You have to sacrifice a lot'

Simon Torrens joined Friday Night Racing on Off The Ball to reflect on his successful weekend at...

Simon Torrens | 'You have to sacrifice a lot'

Simon Torrens joined Friday Night Racing on Off The Ball to reflect on his successful weekend at the Dublin Racing Festival.

The 24-year-old was celebrating a double on Saturday at Leopardstown after A Wave Of The Sea landed the €100,000 Matheson Handicap Chase and Drop The Anchor won the €125,000 Ladbrokes Hurdle.

Torrens told Off The Ball about the challenging moments in his early career and the dedication and resilience that is required to make it as a jockey.

"I’m 24 now and I spent many days at the start of my career struggling and not getting rides," he explained.

"I started to think to myself, should I go and do something else, but I was always told from a young age that you only get out of something what you put in.

"Just keep working hard I thought, you have to be dedicated, you have to sacrifice a lot. I said I would keep the head down and hopefully it will pay off."

That resilience paid off in spades on Saturday at the Dublin Racing Festival but Torrens knows that there will always be highs and lows in racing.

"It’s up and down, racing is a bit of a vicious circle in a sense. One minute you’re high and the next minute, you’re struggling to get rides. That’s part and parcel of it," he said. 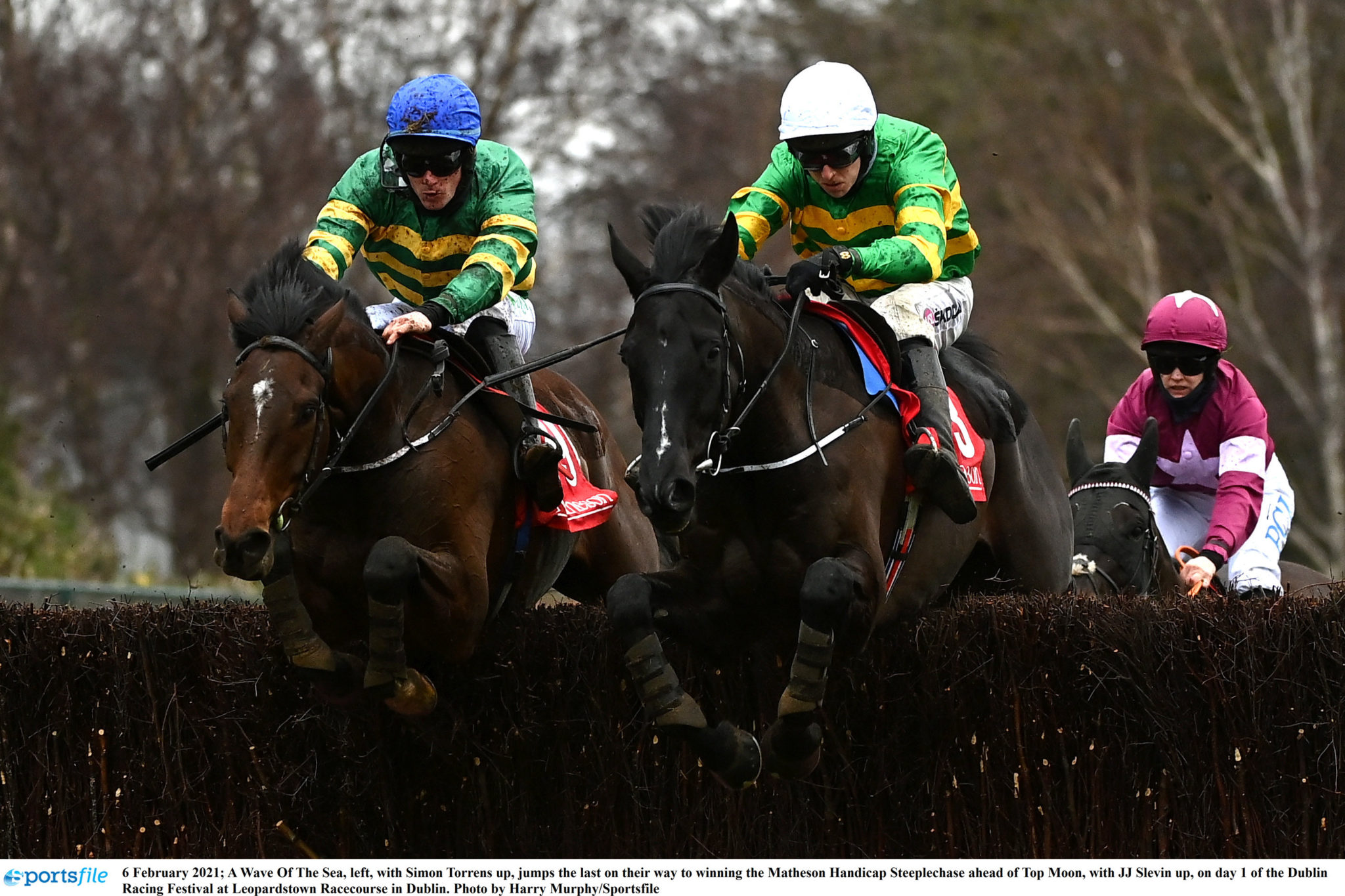 Torrens also explained how he was a relatively late starter in the horse racing game.

"I never actually sat on a horse until I was 15," he explained.

"At school, I was into rugby and soccer and the usual sort of things but I always had it in the back of my mind that I would love to become a jockey at some point down the line.

"My father said that if I was serious, I would have to learn to ride, so he sent me up to my uncle in Tyrone. He taught me to ride at the age of 15 and It kind of all took off from there."