Sea The Stars was "always a special horse" | John Oxx

John Oxx announced this week that his 41st year as a trainer will be his final one and he was our very special guest on Friday Night Racing.

Having watched his father saddle eight Irish classic race winners, Oxx took over their stable in 1979 and sent out Sinndar to win the Derby, Irish Derby and Prix de l'Arc de Triomphe in 2000 and Alamshar to win the Irish Derby three years later.

But the Galileo colt Sea The Stars remains the jewel in his crown, having landed a remarkable six Group Ones in a six-month period - the 2000 Guineas, Derby, Eclipse, Juddmonte International, Irish Champion Stakes and the Arc.

"It was a privilege to be able to watch him every day, to plan his work," Oxx told Ger Gilroy and Johnny Ward about working with Sea The Stars.

"He was such a beautiful animal and athlete, such perfection, that was the most pleasurable thing for me. Just being able to train him and to be in his presence and watching him.

"Being in the Jeep driving alongside him as he walked along. That was the real pleasure, the racedays and the wins were just a relief.

"You could never have a second horse like him, weren't we lucky to have that stress and when he went past the post at the Arc you just say to yourself, "imagine having a horse like that, which can win all those races'. You just feel so grateful. 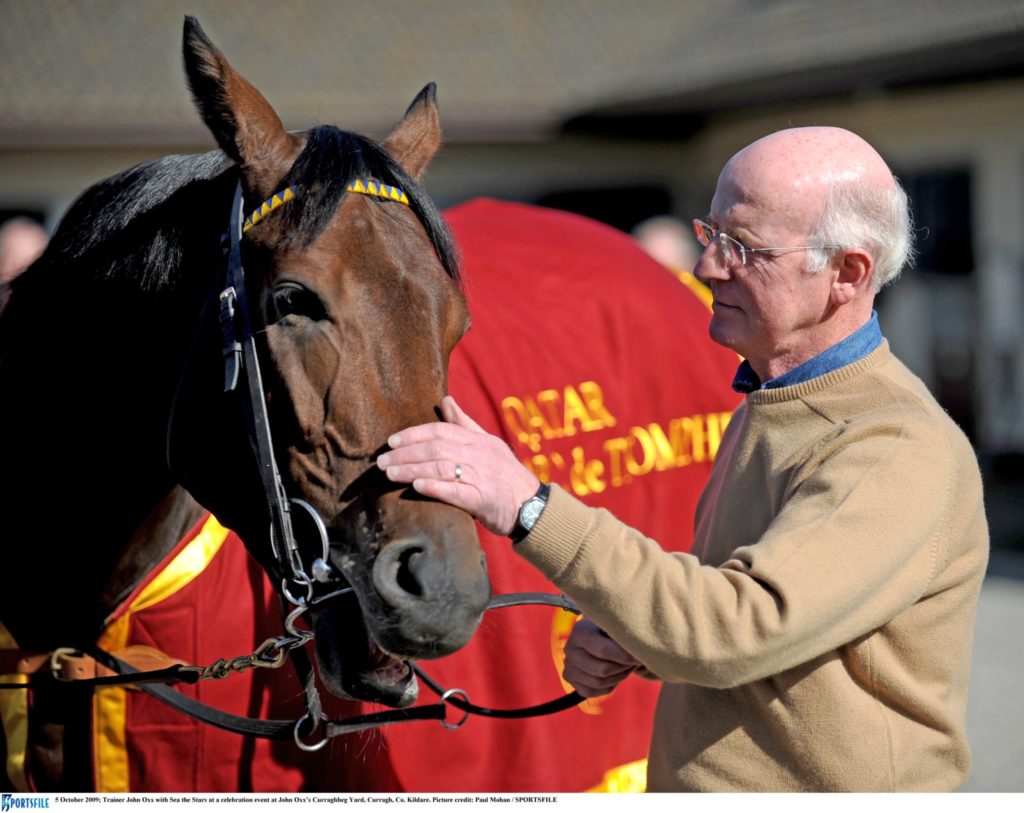 Sea The Stars enjoyed a perfect three-year-old campaign in 2009, with Mick Kinane in the saddle for six quick-fire Group One successes, starting with the English 2000 Guineas and ending with a thrilling victory in the Arc at Longchamp.

"He was lovely to break, a beautiful temperament, very easy to ride and a really quick learner.  A clever horse, a lot of good horses are clever, they instinctively take to it and he was always a very promising horse.

"The first time Michael Kinane rode him he could tell that there was a big engine here. He never let us down. You can have great hopes but you never really know until you put them to the test and until they race, and then you put them into better races. You can never be sure, the racecourse is the test.

"The 2000 Guineas was a big milestone when he could prove that he could win a Guineas at a mile, we knew then we could have a Guineas/Derby winner. Then when a month later when he go to Epsom and go up in distance by 50 percent on a completely different track and win easily, then we knew we had the horse.

"From then on we just had to hope that we wouldn't have any bad luck, if we could keep him healthy we knew he could win all the other big races." 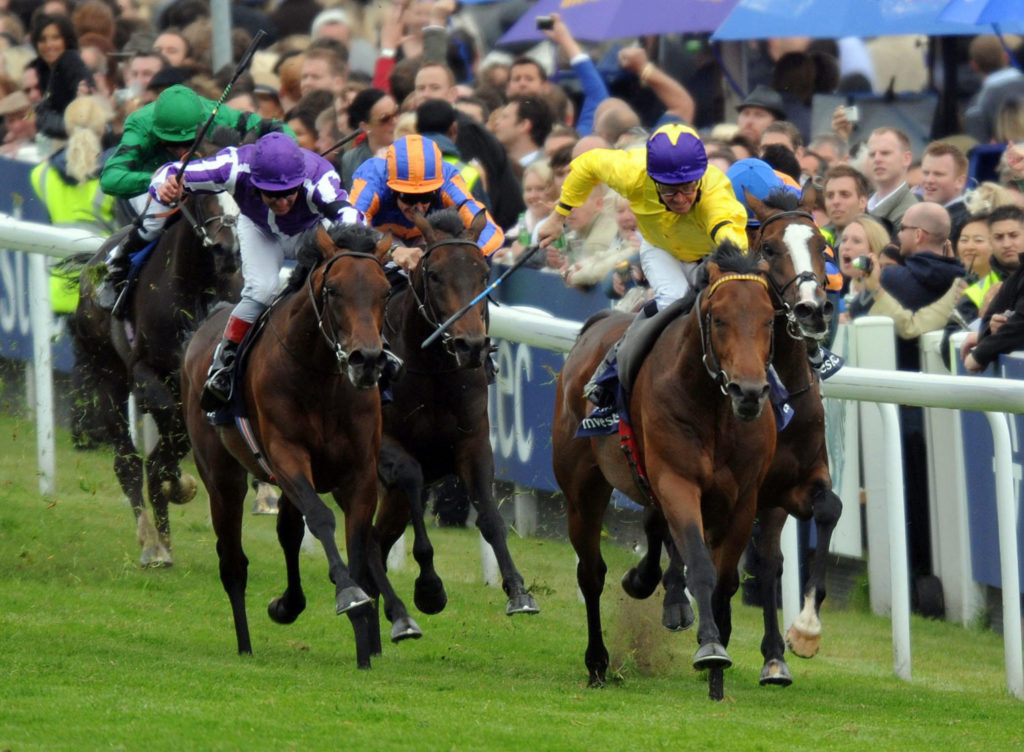 Sea The Stars, ridden Mick Kinane holds off Fame And Glory, ridden by Seamus Heffernan to win The Investic Derby during The Investec Derby Day at Epsom Racecourse, London.

Oxx normally cuts a calm figure at the racetrack but he admits that his nerves were tested ahead of Sea The Stars crowning achievement in Paris in 2009.

"I was anxious though when he straightened up, there's a point you can see it when they straighten up at the top of the straight and he makes a move around a horse called Getaway and when he got around him I was happy.

"Because if he hadn't around that first horse then he would have been in a bit of a spot and he wouldn't have been able to get getting so early. Now he probably could still have come around the while field anyway and won easily anyway but I was concerned until he got past him.

"(Jockey Stéphane) Pasquier was on Getaway and they were going for the same gap and Mick said he looped him, he was behind him but just went around him and got there first and Pasquier said afterwards that he'd never been passed by a horse going so fast in his life.

"When he got through that, I knew then he'd weave his way through the rest of them, I'm sure my heart was going pretty fast but I wasn't counting the beats.