Royal Ascot continues behind closed doors on Thursday. It has been a completely different meeting so far with no crowds, extra races, and a reshuffled schedule, but Thursday is still Gold Cup Day.

Stradivarius is looking to catch up on Yeats with a third Gold Cup win at 3.35, although he will still be one short of the Ballydoyle great should he oblige. Stradivarius is odds-on and deservedly so. Aidan O’Brien has won this race seven times and incredibly has no runner in the day three feature race, making the task easier for Stradivarius.

Moonlight Spirit could be an each-way option as long as all eight horses run, but really this is Stradivarius’s race to lose. 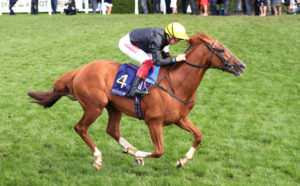 The opening race of the day is a new addition to this year's bloated race programme is the Golden Gates Handicap. Acquitted is near the top of the market and may have gotten off lightly by only getting a four-pound penalty for running into the potentially top-class Palace Pier when last seen. Hugo Palmer's horses seem to be finding a bit of form with three winners from his last 14 runners.

The Wolferton at 1.50 features plenty of horses who connections would have hoped would be Derby horses with many having disappointed so far. Dubai Warrior missed a significant portion of last season before having a busy autumn and winter. John Gosden likes prepping horses on the all-weather and despite his penalty, Dubai Warrior appeals at a double-figure price. 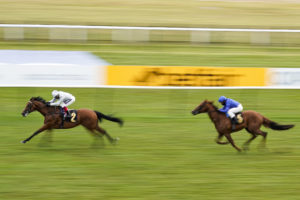 In the Jersey Stakes at 2.25 King Leonidas can continue his reign. He has it all, impeccably bred, cost 750,000 as a yearling, is unbeaten, trained by John Gosden, and looks to still be improving. He’s a worthy favourite where a few horses look exposed.

The Chesham goes to post at 3.00 and Modern News looks a slightly vulnerable favourite. The Aidan O’Brien trained Battleground was beaten on debut, but he wasn’t knocked about and was crying out for further. He is the frist foal out of Arc winner Found and stepping up in trip will suit. The stable won the race with Churchill having a similar preparation. 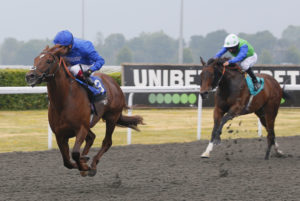 The Brittania at 4.10 is tricky as ever so one at a bigger price could be Dubai Mirage. It’s not ideal that Oisin Murphy abandons the Godolphin runner but Cieren Fallon with a C is not a misspelling for older readers. He is the son of the former champion jockey Kieren, and has inherited his father’s godly hands. His three-pound claim will be no disadvantage to cancel out some of this horse’s penalty for winning at Newcastle last time out.

In the closing race on the card the Sandringham, Hayley Turner looks to have a good chance at a big price with Onassis. The horse has a beautiful pedigree and should progress at three, any downsides are compensated for in the big price.