The fourth day of Royal Ascot is centred around the Group One Commonwealth Cup while the Norfolk ...

The fourth day of Royal Ascot is centred around the Group One Commonwealth Cup while the Norfolk and the Albany also find a temporary home on the Friday card.

Below, Thom Malone previews Friday's races, he also joined Eoin on OTB AM this morning which you can watch.

The feature race at Royal Ascot on Friday is the six-furlong clash of the classic generation. Millisle represents Jessica Harrington and can make the most of a drop back in trip after disappointing in the 1000 Guineas. Millisle has excellent juvenile form and a filly has won this race in the past. 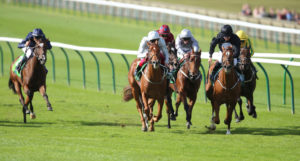 The opening race of the day is one of the new races on the card and whether it's a welcome addition is highly doubtful. A sprint handicap for three-year-olds only leaves many variables for punters. Looking for the group horse in a handicap is always the aim and perhaps Golden Dragon fits that bill. He was a staying on fifth in a group race at the end of last season, the stable has had a couple of winners in the last 10 days and he's an each-way prospect, with the stiff track looking to suit. 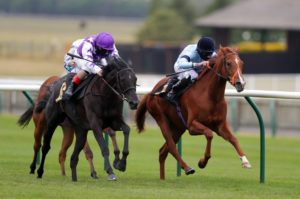 In the Albany Stakes at 1.50 Setarhe could continue the excellent form of Roger Varian. Plenty went wrong on debut and she still won convincingly. She is an early foal by a speedy sire so that bit of extra maturity could help given the lack of racing available due to lockdown.

The Norfolk Stakes follows for the strange sight of back to back juvenile races at the Royal meeting. The Lir Jet could give Michael Bell an all too rare winner this season. He was a mightily impressive winner on debut and can be competitive here for his new owners. 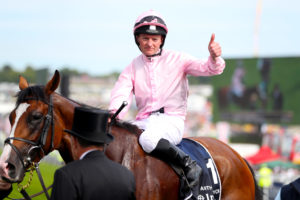 The Hardwicke stakes looks a match between Elarqaam and Anthony Van Dyck. Both were beaten by very good horses when last seen, and this may be their level ultimately. The slight preference is for Anthony Van Dyck who perhaps has achieved slightly more than the regally bred Elarqaam.

The Queens Vase looks a proper St Leger trial and ultimately Berkshire Rocco might go there rather than take on his Classic winning stablemate Kameko in the Derby. This horse looks to have bumped into a good one at Lingfield when last seen and they were a long way clear of the third. The benefit of a run cannot be understated in this extended trip on rain-softened going.

The Duke of Edinburgh closes out the Friday card at Royal Ascot, a strange race in that favourites have a very good recent record. West End Charmer is up near the top of the market and deservedly so. He runs under a four pound penalty and that looks lenient after a convincing with after a long absence when last seen. The stable won the race last year with a similar sort and can fish the day on a high note.