Trainer Paul Nolan says he's pleased by how his Grade One winning novice hurdler Latest Exhibition has taken to chasing.

Despite stuttering at the first two fences, he came home strongly under Bryan Cooper to win the Betdaq Virtual Beginners’ Chase at Punchestown on his seasonal re-appearance this week.

"We were uptight enough," Nolan admitted to Johnny Ward and Ger Gilroy on this week's Friday Night Racing on Off The Ball.

"Latest Exhibition was a very late developer, he was a raw horse when he was young and he wouldn't have had point-to-point experience.

"He hadn't run that many times over hurdles and we wouldn't have got the normal amount of schooling into him because of the lockdown. The racecourses were all closed and there were no schooling races or anything like that so all of his work was at home.

"We went up to Matthew Finn's place to jump a few fences one day and that was about it. That was the only time he got away from home.

"Of course we were a bit worried and he took a bit of a chance at the second fence, which was the first ditch he'd seen in his life, but I thought he was good after that and we were very pleased by how he galloped to the line." 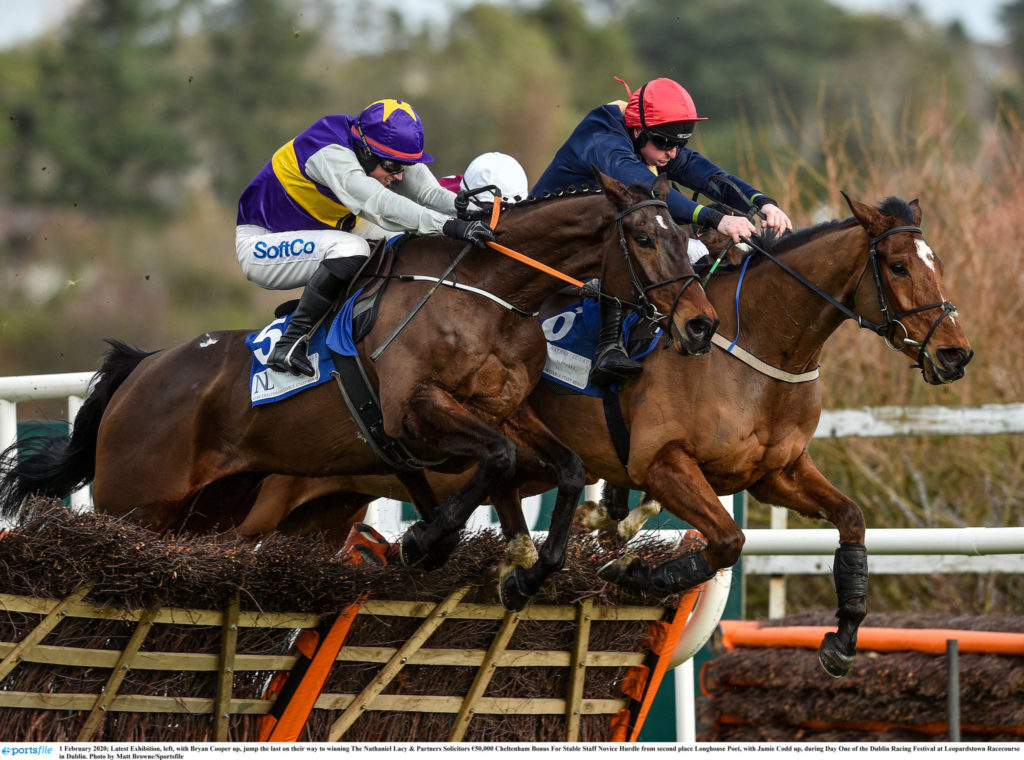 Latest Exhibition could now contend with fellow chasing convert Envoi Allen later this year, after Gordon Elliott's unbeaten six-year-old made a perfect start over fences at Down Royal today and Nolan says he was very impressed by Envoi Allen's run.

"I watched Envoi Allen's race there and he's such an intelligent horse, the way he jumps, the way he shortens.

"When he races he's not usually going to win by twenty lengths but today over fences he did. That was probably one of his most impressive performances yet, he looked a winner from such a long way out and he's going to be the horse to beat all season."