All of Aidan O'Brien's as well as his sons Joseph and Donnacha's horses have been pulled from the...

All of Aidan O'Brien's as well as his sons Joseph and Donnacha's horses have been pulled from the Prix de l'Arc de Triomphe as a result of contaminated feed.

O'Brien's Serpentine, Mogul, Japan and Sovereign were all set to challenge Enable at the historic event, however the presence of Zilpaterol in their feed has led O'Brien to take them out of the race.

The feed, which originated from Gain Equine Nutrition, has been used by a number of trainers across Ireland and the UK.

In a statement on Sunday morning, Gain expressed their disappointment that the contaminated feed has meant that these trainers have had to withdraw from the race.

"[We] are hugely disappointed to learn that some of our customers have withdrawn their horses from important equine events this weekend, including the Prix de L’Arc de Triomphe meeting in Paris," the statement said.

"We are equally disappointed for all of our valued equine feed customers across Ireland, the UK, France and elsewhere who we advised on Friday to refrain from feeding our products until we fully investigated the source of potential contamination of our equine feed products.

"The contaminant, Zilpaterol, is a synthetic beta-agonist approved for use as a performance-enhancer in some beef production systems outside of the EU.

"It is important to stress that this synthetic substance has never formed part of any formulation in any of our animal nutrition ranges.

"Intensive testing of our equine feed ranges, batches and individual ingredients has been underway around the clock since this issue first emerged in France.

"We are continuing to work closely with all appropriate agencies, including the Irish Department of Agriculture, to fully investigate the source, nature and extent of this contamination.

"We are also in close contact with horse racing regulatory bodies." 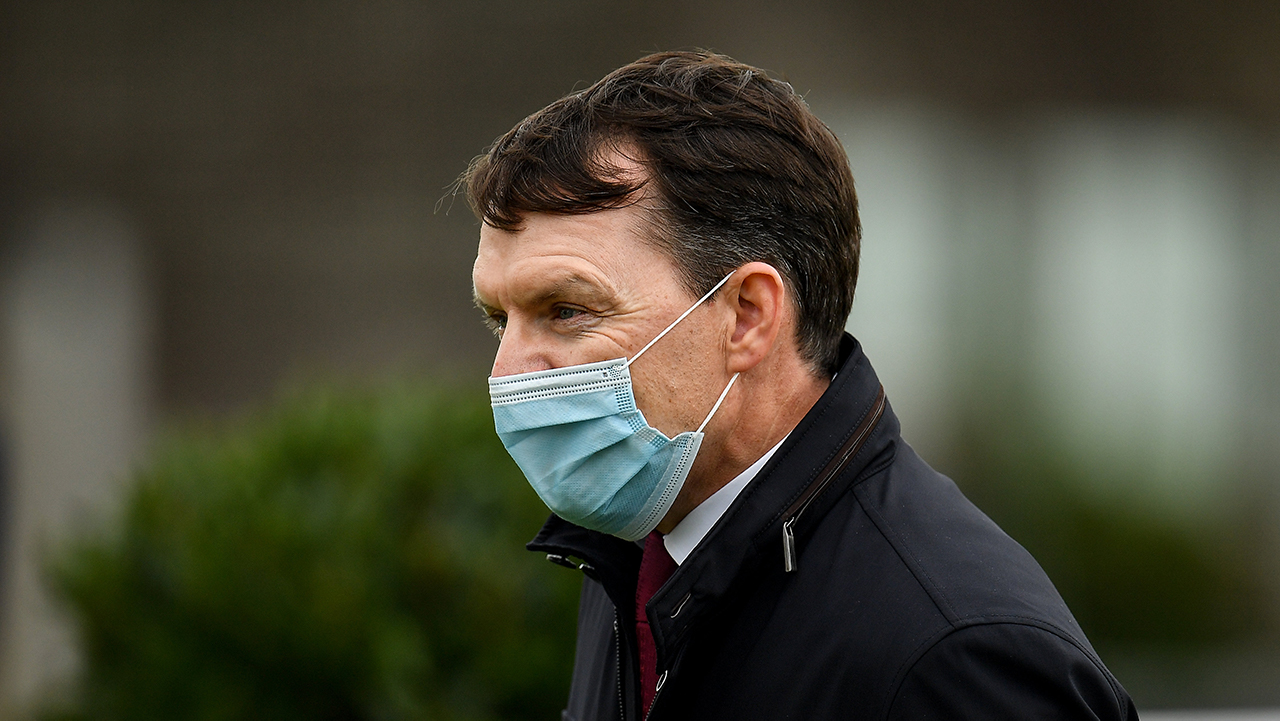 Trainer Aidan O'Brien after sending out Magical to win the Irish Champion Stakes during day one of The Longines Irish Champions Weekend at Leopardstown Racecourse in Dublin. Photo by Seb Daly/Sportsfile

Speaking to the Racing Post on Saturday, O'Brien said that there was a possibility that his and his sons' horses could run, but that it may cause undue questions on the integrity of the race.

"There is a chance that we could have been okay to run, but we couldn't be sure. To protect the integrity of the whole thing, we have to take them out," He said.

"We are hoping we will have them ready to run during the week again but we are just taking it day by day. Obviously it is a big disappointment for everybody, for Joseph and Donnacha as well."

Between the three O'Brien trainers, 11 horses have been taken from the Arc card.