"I hadn't ridden for years!" | Fowler on riding a winner at Cheltenham

Joining this week's Friday Night Racing, trainer Lorna Fowler discussed her career in racing and how one of her most precious career highlights actually came in the saddle at Cheltenham.

Fowler, who runs Rahinston Stud and Farm with her husband, Harry, has worn many hats in the industry, having worked as a presenter with several racing channels and as an amateur rider before that.

Although she is now an established trainer at her County Meath farm, asked on the show about a career highlight, Fowler immediately pointed back to a special moment at Cheltenham.

"Well, at the end of the day Cheltenham is a big deal isn't it?" she replied, with the emergence of a wry smile.

"I think it would be lovely to have serious runners at Cheltenham – I rode a winner at Cheltenham for Henry Cecil. It was the charity race, the St Patrick's Day Derby."

Riding the Maria Niarchos-owned Plato on the day, Fowler explained that it wasn't easy to be entrusted with the ride, even with it being a charity race in aid of Cancer Research UK.

"I hadn't ridden for years and I just thought I wouldn't mind a go," Fowler explained of her decision to apply for the opportunity.

However, only really knowing Fowler from the occasions when she interviewed him, Cecil explained he wanted to see her in action first.

"He called me up and said, 'You can come up and try this horse and ride him out tomorrow.'

"'But,' he said, 'you're not going to ride him in the race if you're no good, because I can't have the horse going down the hill unbalanced. So if you're not good enough you don't ride.'"

Despite her long absence in the saddle, Cecil was satisfied with what he saw and put his trust in her to guide Plato on the day. 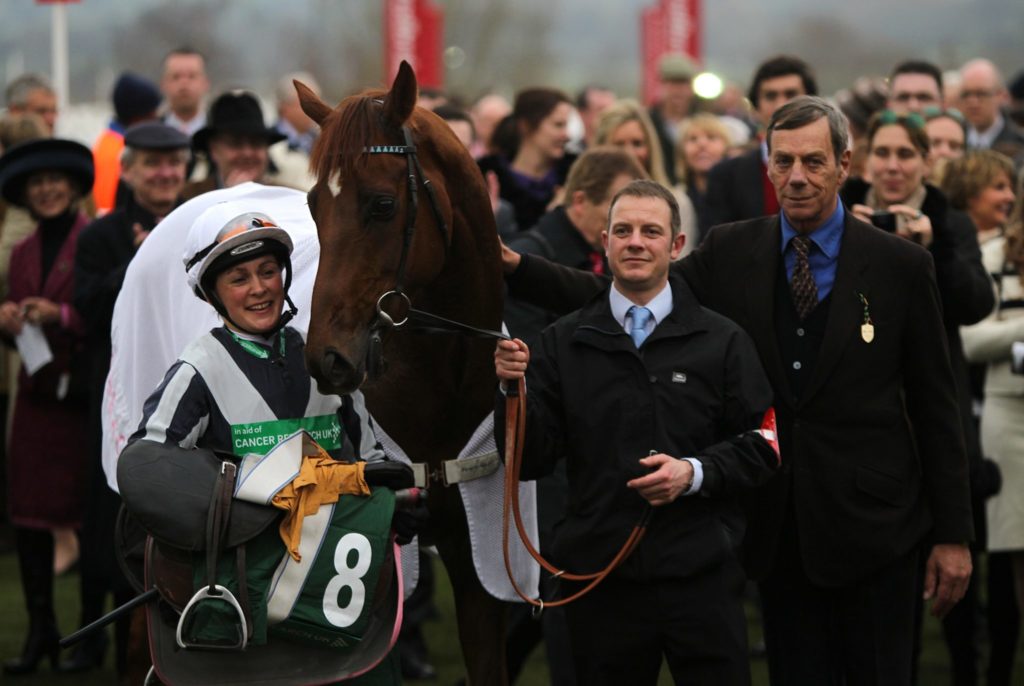 After winning the St Patrick's Day contest, Fowler ended up staying with Cecil to ride for a season.

"I had a brilliant time riding out there...It was Frankel's three-year-old season. That was fun and then there was Midday and Veto Nova and, of course, Plato.

"But actually at the time because it was March and before the flat season had really got going, Henry and Jane were really into the whole thing, getting Plato dead on for the race so it was really fun."

"Cheltenham as a trainer would be a highlight," she added.

'If you don't want to be champion, why are you doing it?' | Gordon Elliott stable tour

Davy Russell facing spell on the sidelines after Limerick fall