There was once a time when an Irish trained winner of National Hunt's most prestigious race, the Cheltenham Gold Cup, was a rarity.

As we approach the 2020 Cheltenham Festival, it's fair to say that the Irish have gone from perennial underdogs to conquerors in the Olympics of the sport. 19 winners in 2017 is testament to that. Three of the last four winners of the Gold Cup (Don Cossack, Sizing John and Al Boum Photo) have been Irish trained.

The Gold Cup tests every facet of a jumper. All horses run off level weights and both speed and stamina is required over 3 miles, 2 and a half furlongs with 22 fences to be negotiated.

Back in 1996, it was underdog territory for the travelling hordes, so the victory of the Cork trained Imperial Call in the Gold Cup under Wexford jockey Conor O'Dwyer was both front and back page news on this side of the Irish sea. 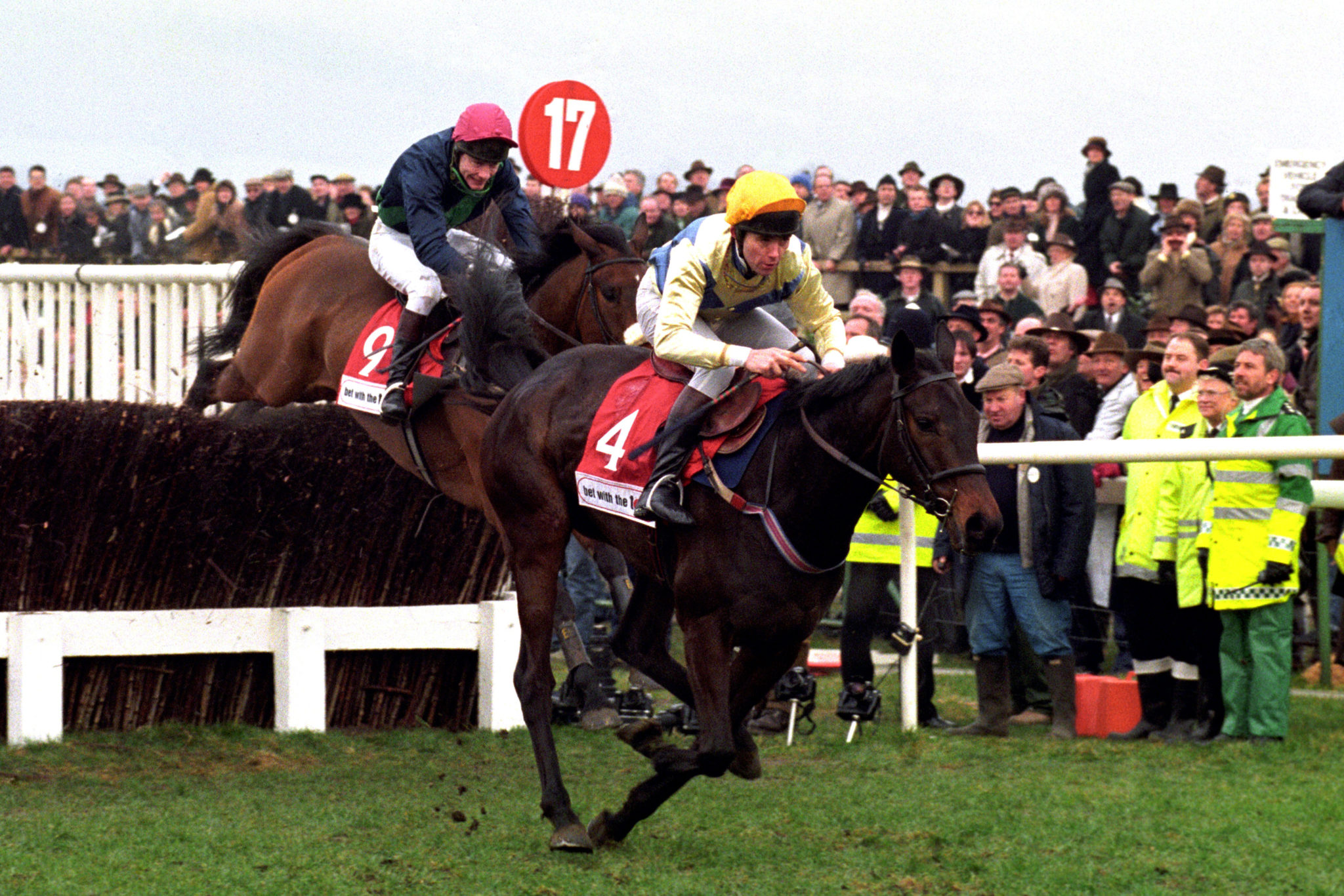 Imperial Call (Conor O'Dwyer) get away from the last quickly and go on to win the Tote Cheltenham Gold Cup at Cheltenham.

Conor O'Dwyer joined John Duggan three days before Cheltenham on 'The Saturday Panel' on Off the Ball to talk about his Gold Cup wins on Imperial Call and then ten years later aboard War of Attrition.

Imperial Call was trained by a former British Army officer, Fergie Sutherland, just outside Macroom. Sutherland had lost his leg in the Korean War, before moving to Ireland to train. He was a keen hunter and he acquired Imperial Call from the doyen of sellers, Clareman Tom Costello.

Effectively a novice, seven-year-old Imperial Call put himself in the Gold Cup picture with a win in the Irish Gold Cup at Leopardstown. Then in March, in his first ride in the race, O'Dwyer guided his horse to victory over Rough Quest, who would go on to win the Grand National that year. Hot favourite One Man didn't get up the Cheltenham hill.

The tricolors were flowing in the winner's enclosure of those that backed Imperial Call from all prices down to 9/2 at the off.

O'Dwyer just remembers bedlam when he returned to the parade ring.

“Coming in, it was my first winner, so I had never really experienced it, I had only watched and seen winners coming in and how they were hailed. To come in that day on a Gold Cup winner, it was just mayhem. People were losing the run of themselves. Even getting down off my horse, I was really conscious of my saddle, my leg cloth. It was a crazy moment. The party started very shortly afterwards in the weigh room, at the time we were allowed bring champagne in before racing ended. That was quickly stopped a few years afterwards.”

Ten years later, O'Dwyer picked up the spin on War of Attrition, trained in Tipperary by Mouse Morris and owned by Ryanair businessman Michael O'Leary.

O'Dwyer's Gold Cup ride on War of Attrition was smooth, as his chaser fended off Hedgehunter and Forget the Past to make it a memorable 1-2-3 for Ireland on St Patrick's Day.

And O'Dwyer says both victories were equally important.

“The first time it probably passed me by a little bit. I appreciated it more the second time, both because it was my second time there and I was older, I was nearly 40 years of age and horses like that don’t come along at that stage of your career. I took it all in probably a lot better, but in saying that, Imperial Call being my first Cheltenham winner was very special.”

It was Michael O'Leary's first Cheltenham winner. In the intervening years, his maroon and white silks have come home in front a further 26 times.

And Conor O'Dwyer doesn't see that as a surprise.

“No, I remember him saying after the Arkle Chase when I rode War of Attrition the year before and we made the mistake, but I still came in and said ‘look we have a fabulous horse and we’ll be back next year’.

He said, ‘well there’s only one thing to do’.

From that day on I knew he would be a big force in the game.” 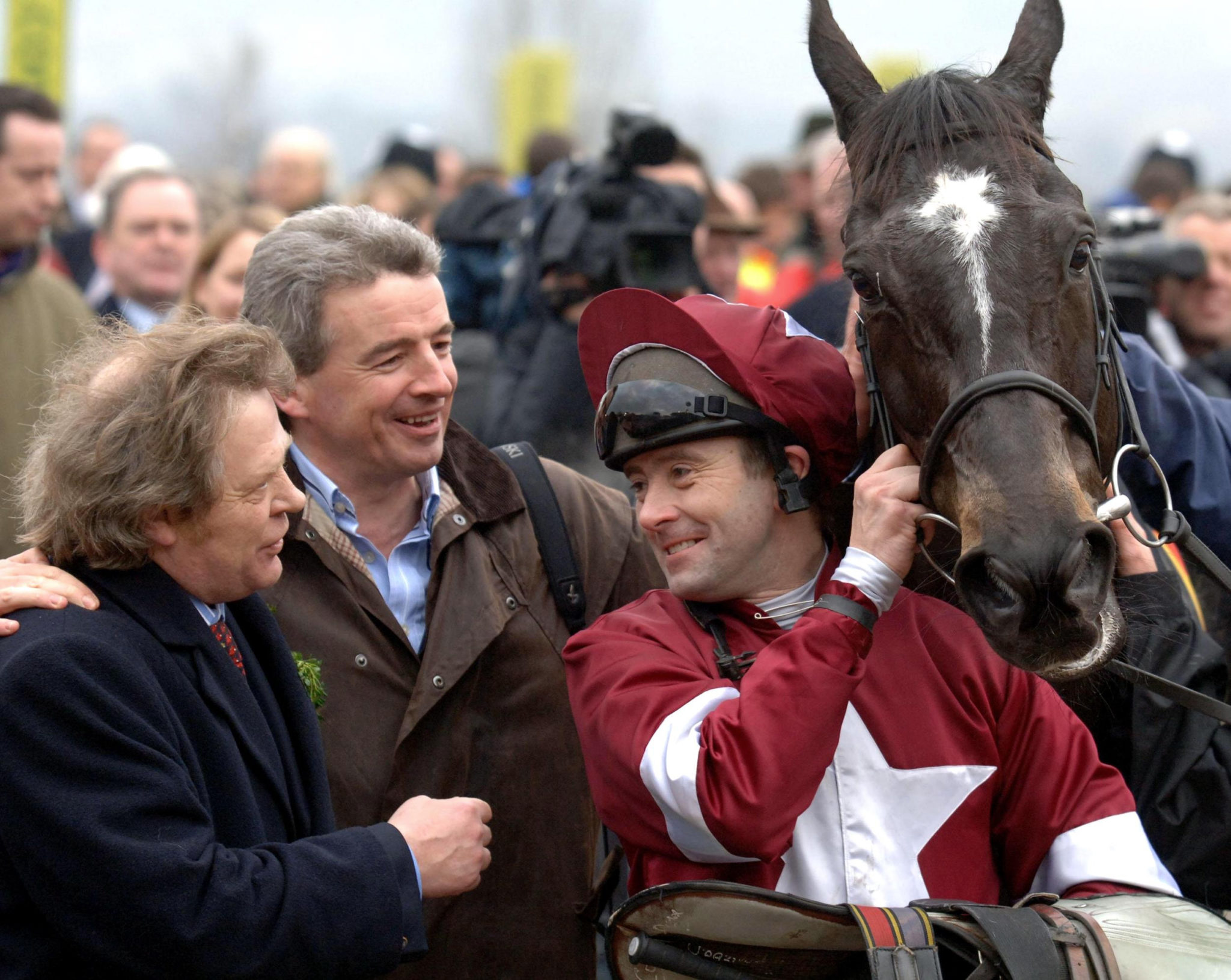 O'Leary may be starting to wind down his interest in the jumps scene, but O'Dwyer feels he's been an asset to racing in this country.

Does Irish horseracing have a problem with doping? | Ger Lyons gives his take