In the nick of time! | Cream Sparkles dazzles in photo-finish

mariobowden
Micheal O'Connor expressed his delight after a dramatic photo-finish end saw his horse Cream Sparkles win the Connolly's Red Mills Irish EBF Auction Maiden Hurdle at Ballinrobe on Monday.
Coming into the final 100 yards of the race, it looked for all the world that Chicago Time would take the victory – having taken over Mahler Mission. Meanwhile, Cream Sparkles was back in third place.
Advertisement
In dramatic fashion, Cream Sparkles stormed through the centre of her opponents in the final furlong, to edge herself over the line in first place. The winning time was 5 minutes and 29.40 seconds. 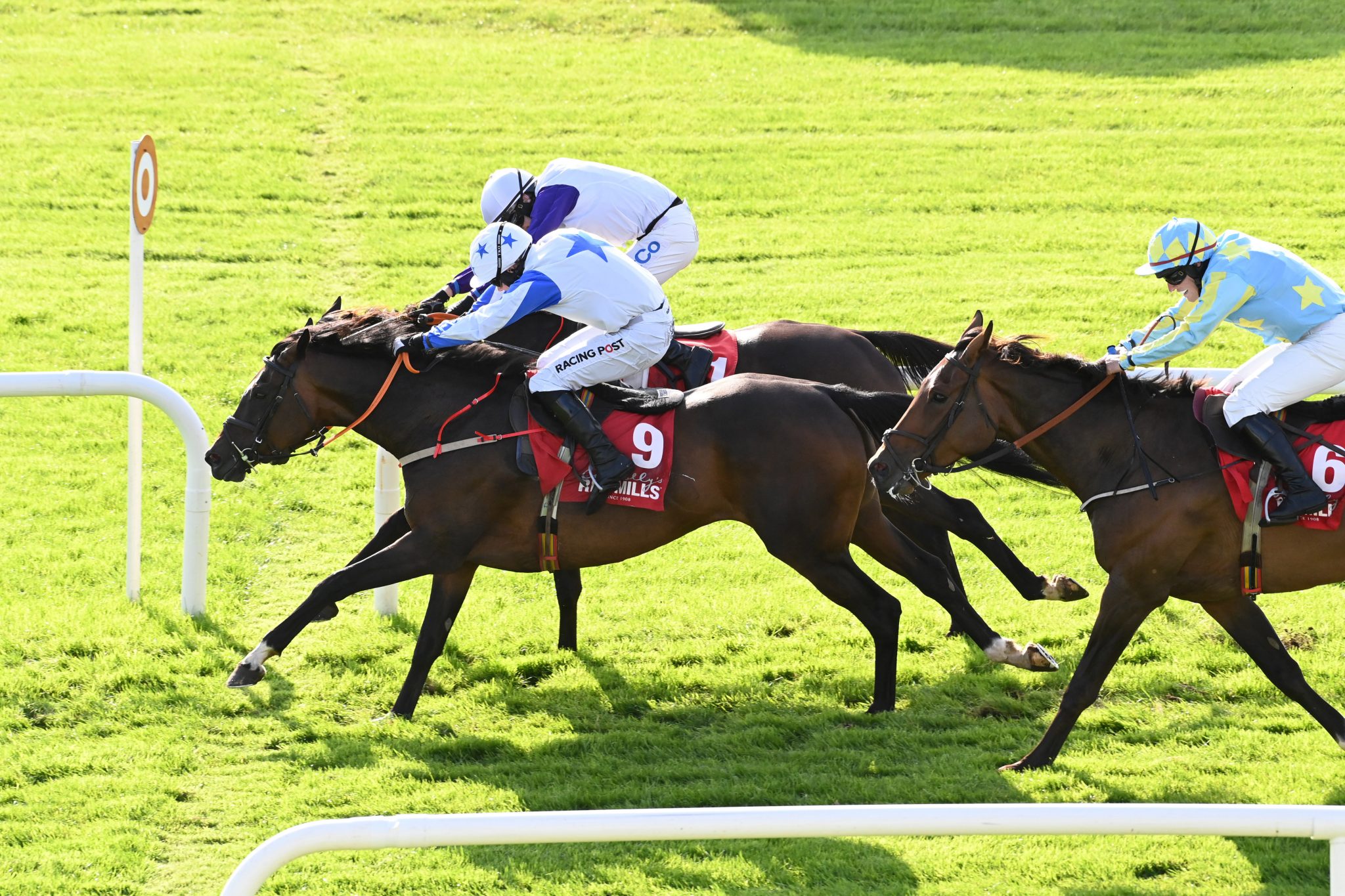 Having bought her four years ago at a market, O'Connor took a gamble on Cream Sparkles. At the same marke event that day, O'Connor explained to OTB's Ger Gilroy and Johnny Ward that former Coronation Cup winner Scorpion was also on sale.

"When I bought her [Cream Sparkles], I didn't realise that Scorpion wasn't the hottest thing going. But, maybe that was just as well for me" says O'Connor.

Despite being on a budget, O'Connor took a punt on the Bay Mare and bought the horse for €5,000 euro.

"We saw that the price was coming down and coming down. So I started bidding," says O'Connor. "Before I knew it I had bought her and we were delighted."

The naming of horses seems to be the world's best-kept secret. Is it an inside joke? Is it a deliberate tongue twister for the commentator? For O'Connor, it was in fact his daughter Rebbecca who came up with the name Cream Sparkles.

"Me and Rebbecca went out to look for her in the stables one day. I say to her: 'Rebbecca what do you want to call her?'" says O'Connor.

OTB's Johnny Ward echoed O'Connor's delight.
"To see that [win], you go down to the local pub afterwards, buy a round from the winnings. Rural Ireland has had an upsurge from the pandemic but rural Ireland could do with good stories like that" says Ward.