The Carberrys' remarkable relationship with the Irish Grand National

The Carberrys' remarkable relationship with the Irish Grand National

On the grounds of what is the Carberry family's local track, the retired jockey Nina Carberry can look back on plenty of fond memories at Fairyhouse.

Ahead of Monday's Irish Grand National, where the stands will be uncharacteristically empty this year, she talked to OTB Sports all about why this race means so much to her family.

"We've got a good record at the race anyway," she said somewhat modestly, four different Carberry jockeys including herself among those who have won the race.

"Peterjon (her brother) has a lot of pressure on him now to try and get a ride in the race now so he'll probably be the last one to try and win it!"

In 1975 and '76, Tommy Carberry, father to Paul, Philip, Peterjon and Nina, rode 'Brown Lad' to consecutive wins in the race.

By the time his son Paul Carberry won on the back of 'Bobbyjo' in 1998, Tommy, who had also won back-to-back Cheltenham Gold Cups as a jockey, was still present as the horse's trainer.

In 2006 it was Philip Carberry's turn to ride a Grand National winner on 'Point Barrow' before Nina made it four when she claimed victory on 'Organisedconfusion' five years later.

"So it goes right back and it is great to be a part of that and be on a list of the winners." 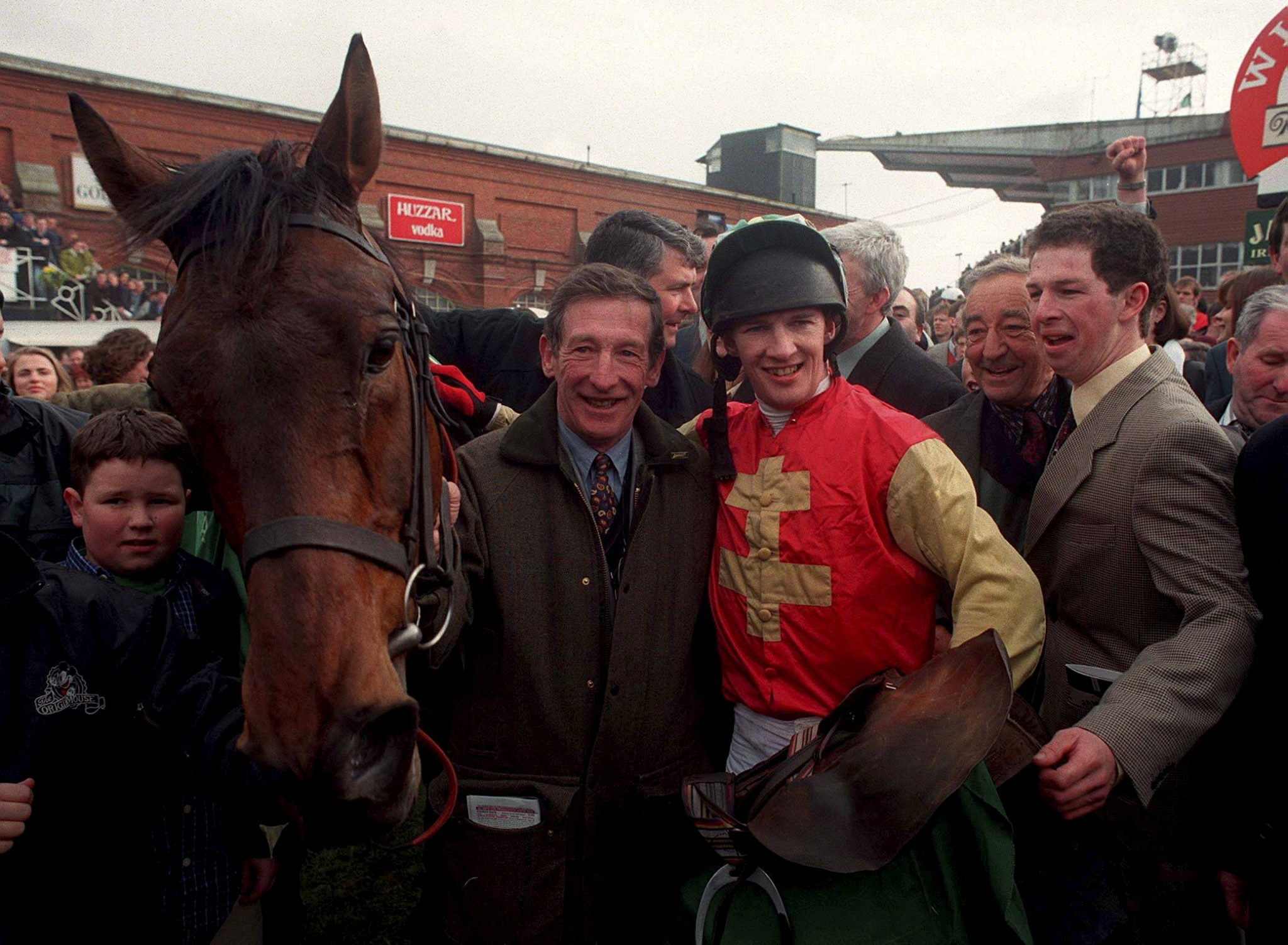 13 April 1998; Jockey Paul Carberry with his father and trainer Tommy Carberry and horse Bobbyjo after they won the Irish Grand National Steeplechase during the Fairyhouse Easter Festival. Photo by Sportsfile

Following in the family tradition to win the race herself as a jockey in 2011, Carberry recalled the excitement that came with the race growing up.

"It was an incredibly hot day," she recalled of the Easter Monday where she won with 'Organisedconfusion.'

"Everyone was outside and it was a great atmosphere. There was a lot of local people here for me and a lot of people cheered us in."

Years earlier, she revisited being among the throng of cheering spectators when her father and brother combined in 1998.

"When 'Bobbyjo' came here to run it," she said, "it was big excitement in our house [because] this is a place we used to come as kids on Easter Monday religiously and we loved having those few little bets.

"When 'Bobbyjo' was in I was down by the last fence beside the railings - nowhere near my Mum or Dad - and I was with Sasha Geraghty, Barry's sister, and we were roaring home 'Bobbyjo'.

"It was a great day and I'll always remember that."

'Hopefully we can compete at the next level' | Dermot McLoughlin