‘We should have her face on billboards’ | Rachael Blackmore an inspiration

Journalist and broadcaster Johnny Ward believes that the country should celebrate Rachael Blackmo...

‘We should have her face on billboards’ | Rachael Blackmore an inspiration

Journalist and broadcaster Johnny Ward believes that the country should celebrate Rachael Blackmore after her unparalleled Cheltenham week.

Blackmore rode six winners throughout the week, becoming the first woman to end the Cheltenham Festival as the leading jockey.

She also rode the second most winners in a single festival, with only Ruby Walsh winning more races with seven on two separate occasions in 2009 and 2017. 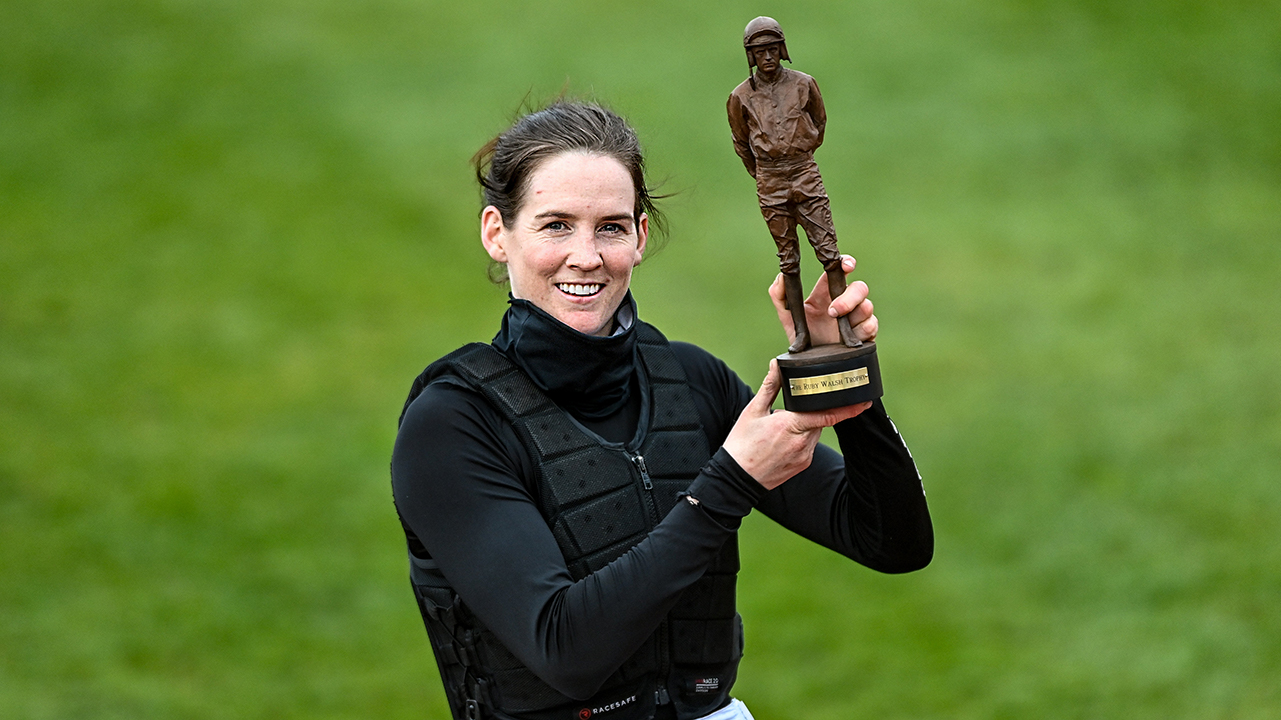 Jockey Rachael Blackmore with the 'Ruby Walsh Trophy' after being confirmed as the leading jockey at the Cheltenham Racing Festival at Prestbury Park in Cheltenham, England. Photo by Hugh Routledge/Sportsfile

Speaking on Friday Night Racing, Ward believes that the achievements of the 31-year-old from Tipperary need to be celebrated akin to other female athletes like Katie Taylor have been celebrated.

“I just think we need to promote her more,” Ward said. “This battle for equality in sport is a real one. We had Katie Taylor winning the sportsperson of the year last year.

“I was wondering that Katie Taylor could win it in a sport where she is fighting female boxers, whereas Rachael Blackmore is taking on the best jockeys who are essentially men and not getting a weight allowance or anything like that, which was proposed.”

Blackmore should be celebrated

It was not just the fact that she won so many races, but the manner in which Blackmore conducted herself throughout the week that Ward thinks should be celebrated.

“[She] basically ran away with the Cheltenham jockey’s title,” Ward said. “Doing this from a position where she came from very little, doing it in a humble way.

“She was constantly deflecting attention from herself this week. I think she finds herself as something of a reluctant hero in terms of her being so good for the sake of equality.

“I think she wants to see herself as a jockey rather than a female jockey and I think we have to see her as that.”

Ward believes that Blackmore will spark a new generation of female jockeys to get involved in the sport.

“I do hope that she is an inspiration to young girls out there who might want to get into racing.

“Hollie Doyle has performed something similar in Britain on the flat, she has been extraordinary, and we do need more equality.

“Rachael was just riding like a champion jockey this week; so confident, full of inculcated belief in her horses.

Ultimately, despite Blackmore maybe seeing herself as a ‘reluctant hero’, Ward wants to see her being promoted across the country.

“We need to promote an incredible success story for women in sport here and we are at the heart of it in Ireland.”

Rachael Blackmore guides A Plus Tard to Gold Cup glory