Cheltenham Champion Jockey Rachael Blackmore has singled out her next big jockey in the world of ...

Cheltenham Champion Jockey Rachael Blackmore has singled out her next big jockey in the world of racing which she sees as having a 50-50 gender balance.

Blackmore made history at the 2021 Cheltenham festival as she became the first woman to ever win the festival’s top jockey award.

She rode six winners, one shy of Ruby Walsh’s record of seven winners in a single festival and has since become one of the most well-known names in Irish sport.

Speaking on Friday Night Racing on Off The Ball, Blackmore highlighted the next rider she thinks will be a household name.

“There are plenty of girls coming through at the moment,” Blackmore said. “I think Siobhan Routledge [who was on Friday Night Racing in November], I think she is particularly good.

“I hope that she gets very well supported in the coming weeks and hopefully that will encourage more people.” 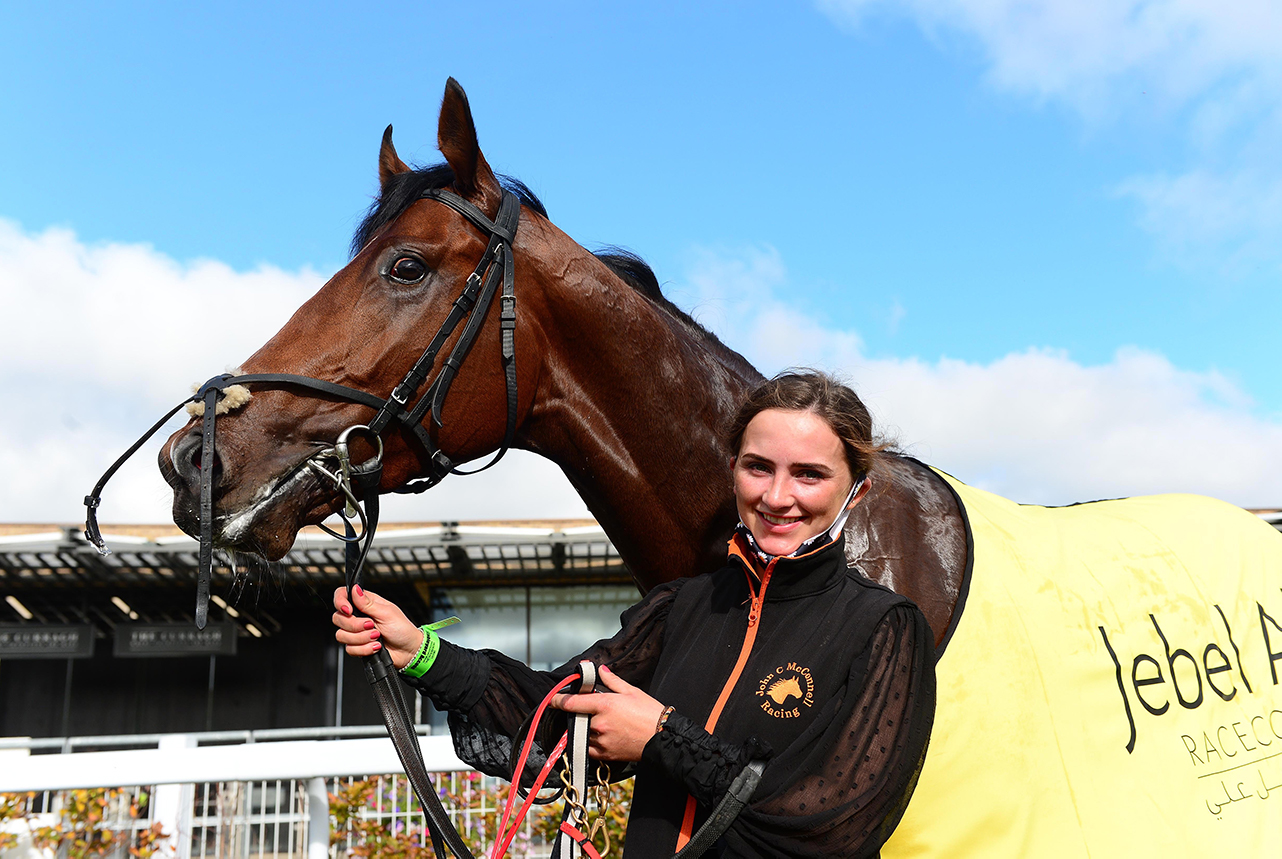 Sport in general has an issue with gender balance and equality in pay, representation and coverage, with women often getting the short end of the stick.

Blackmore, however, feels that racing has surpassed the issues faced by other sports in terms of gender equality.

“Racing needs to be very proud of the fact that across the board, from stable staff to officials, doctors to management, it is a 50-50 world,” Blackmore said.

“I am a jockey; I get paid the same as everyone else. I just don’t like to talk about it as much because it is not a big deal in our industry.

“But I think that in general is something that racing should eb very proud of.”

While the current crop of professional jockeys in the fields are not split evenly, Blackmore sees, with the likes of Routledge, that there are significant signs of equality in racing.

“Aine O’Connor, who works in racing, she was saying that 50% of their intake were girls this year or last year,” Blackmore said. “They are seeing a 50-50 in the racing school.”

Equal split in the letters that Blackmore receives

After her incredible success at Cheltenham, Blackmore has received a large number of letters from children across the country.

While she reluctantly acknowledges that she is an inspiration to young girls, the letters she receives are not exclusively from young girls.

“I have got a lot of letters off of people, saying congratulations,” Blackmore said. “It is just so nice that someone would go to the effort of writing a card and putting a stamp on it and putting it the post. It is lovely!

“Before Cheltenham, I did go through a spell of getting letters from kids in first, second and third class.

“I’d say it was on the school curriculum in primary school; it must have been on letter writing because they all came in two- or three-week bursts!

“It is not just young girls, not at all actually. It is everyone.”