Esteemed trainer Kevin Prendergast has not let standards drop when it comes to training his horses despite turning ninety this year.

Irish 1,000 Guineas winning jockey Chris Hayes spoke on Friday Night Racing about how esteemed trainer Kevin Prendergast has not let standards drop when it comes to training his horses despite turning ninety this year.

Prendergast has had an illustrious career when it comes to training horses. He has followed in the footsteps of his grandfather, Patrick, and father, the acclaimed Paddy ‘Darkie’ Prendergast.

When asked on Friday Night Racing whether his age mattered to him, Hayes explained just how much the great trainer still does around the yard.

“No, definitely not,” Hayes said. “He is up every morning in the yard depending on what time you are pulling out.

“He will be walking around the yard to see who is in early and who is in late. If I am rushing down the avenue trying to sneak in a piece of work for someone else before and, the watch will be tapped as I am coming in." 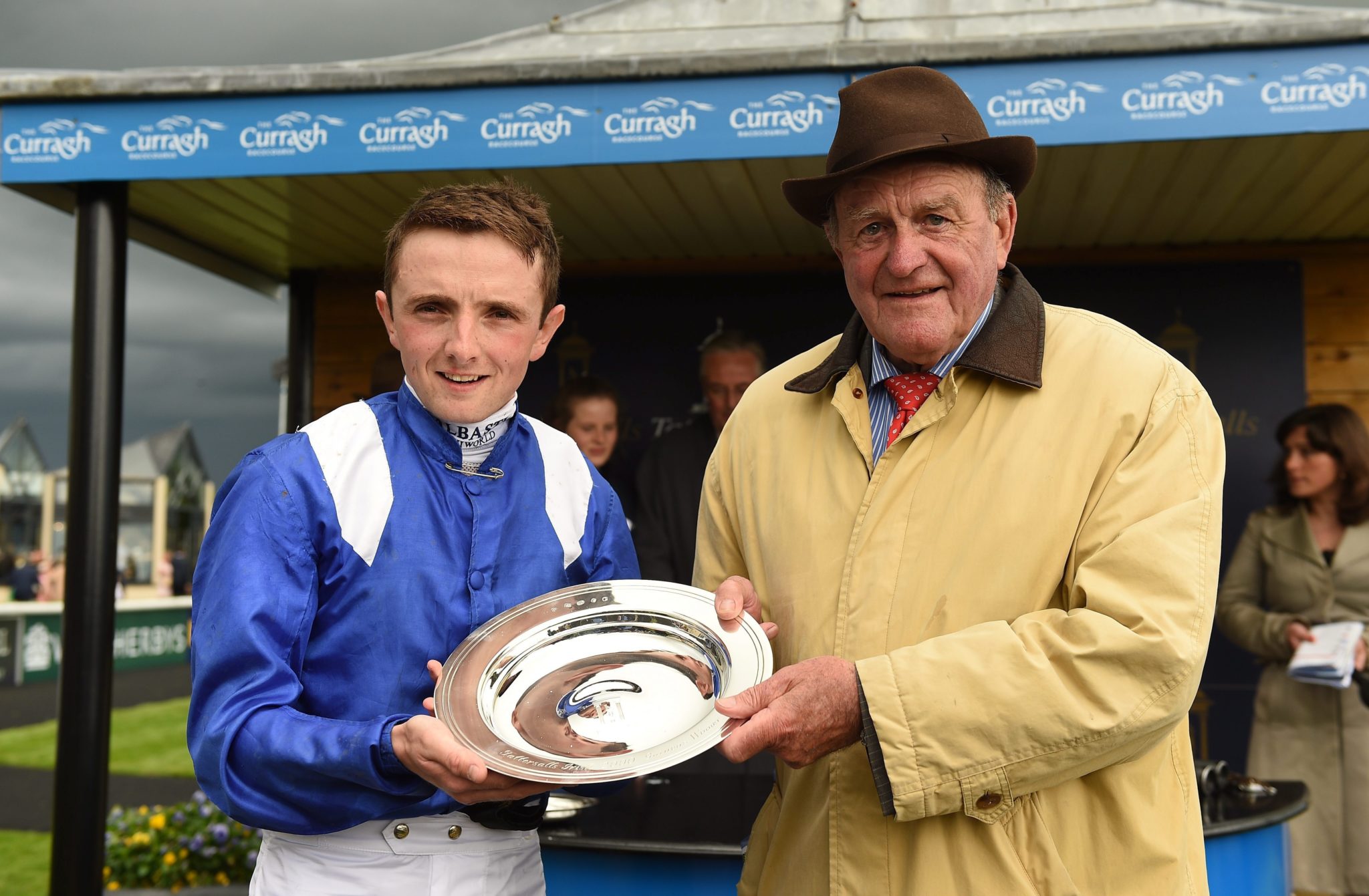 Hayes, himself looking much younger than the 35-year-old that his is, has been riding for Prendergast for much of his career. Even the younger jockey has trouble keeping up with Prendergast from time to time.

“I have been with him nineteen years, and there no easy days,” said Hayes. “Seeing him at the top of the gallop walking across the flat, heading over to the top of the Old Vic to watch horses work.

“He powers up that hill, and I promise you if I saw him go up that hill like you would want a car to go up it yourself, but he will power through it.”

Hayes added that Prendergast is not afraid to offer constructive criticism to his jockeys.

“He won’t be long telling you if you gave a bad ride,” Hayes said. “He still doesn’t miss much at 89 or 90 years of age. I suppose he still thinks of me as his apprentice, so he’d still tell I wasn’t good on that, or I should’ve done this. It’s something to be in awe of.”