Watch: Roland Garros roof completed a month ahead of schedule

Roland Garros chiefs have unveiled the new roof on the Philippe Chatrier court a month ahead of schedule.

The French Open venue becomes the last of the four Grand Slam venues to install a retractable roof on their main show court.

Installation of the eleventh and final truss of the roof system comes just eight months after the final ball was played at the 2019 French Open.

The new roof will now be subject to various tests which will run until the end of April.

The 2020 edition of the French Open is scheduled to get underway on Sunday May 24.

🏟️Philippe-Chatrier court’s roof is ready ! How does it work ? #RolandGarros pic.twitter.com/Mgybr7s1yw

The roof was made entirely in Italy at a reported cost of €380million.

Cimolai - the company behind the structural framing of the Aviva Stadium roof - were involved the Parisian construction. They also worked on the roof at the Louis Armstrong Arena at Flushing Meadows in New York.

Bernard Giudicelli, President of the French Tennis Federation, says the 11 slats of the roof "echo our heritage, the aviator Roland Garros".

Installation of the roof has also altered the scheduling of the French Open. From the quarter-finals onwards, all matches will be played on the Philippe Chatrier, where previously some last-8 matches had been out on the Suzanne Lenglen court. 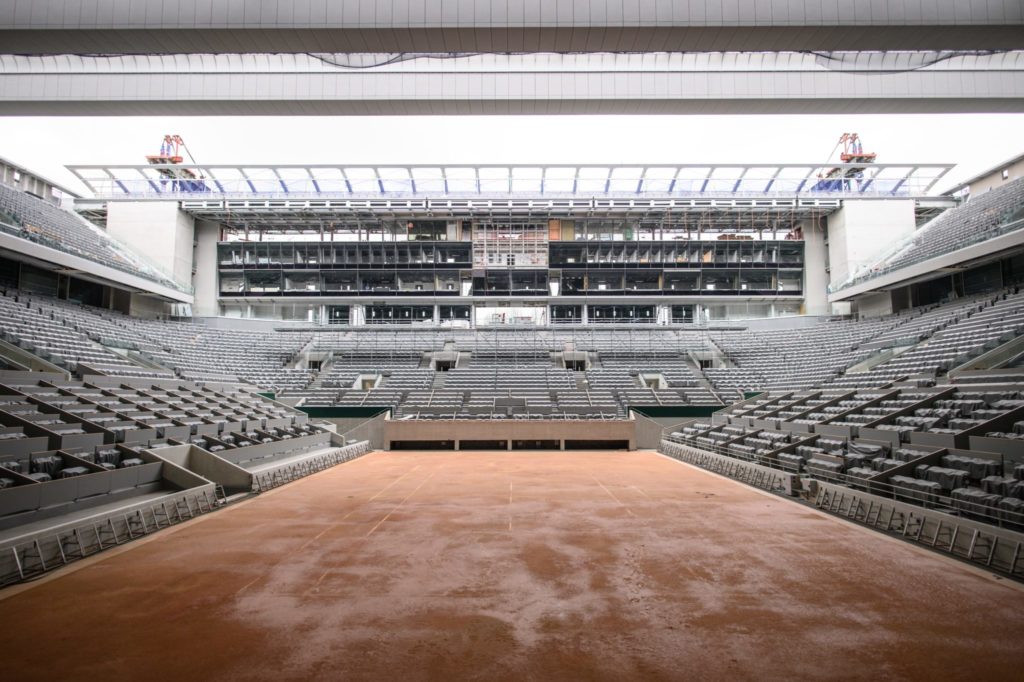 Matches won't be interrupted during its opening and closing, unlike on Wimbledon's Centre Court.

The Chatrier will not be air-conditioned with the roof closed, as the roof is said to allow natural ventilation even when shut.

A new lighting system has also been installed, but will only come into use should matches need to continue on after dark.

Evening sessions are formally set to begin in 2021, with four courts at Roland Garros set to be lit following this year's tournament.