Justin Gaethje's recent evolution has been a revelation and yet at UFC 254 he will need to draw o...

Justin Gaethje's recent evolution has been a revelation and yet at UFC 254 he will need to draw on the experience of his entire career to triumph over Khabib Nurmagomedov.

The four-fight winning streak Gaethje is currently riding is a direct result of opting for a more measured approach, a sophistication to his striking game that was not present in his early run in the UFC.

Gaethje joined the organisation in 2017 and was immediately involved in some of the most crowd-pleasing battles in recent memory against the likes of Michael Johnson, Eddie Alvarez and the aforementioned Poirier.

Being entertaining was always high on the list of Gaethje’s priorities, according to Trevor Wittman his long-time coach. 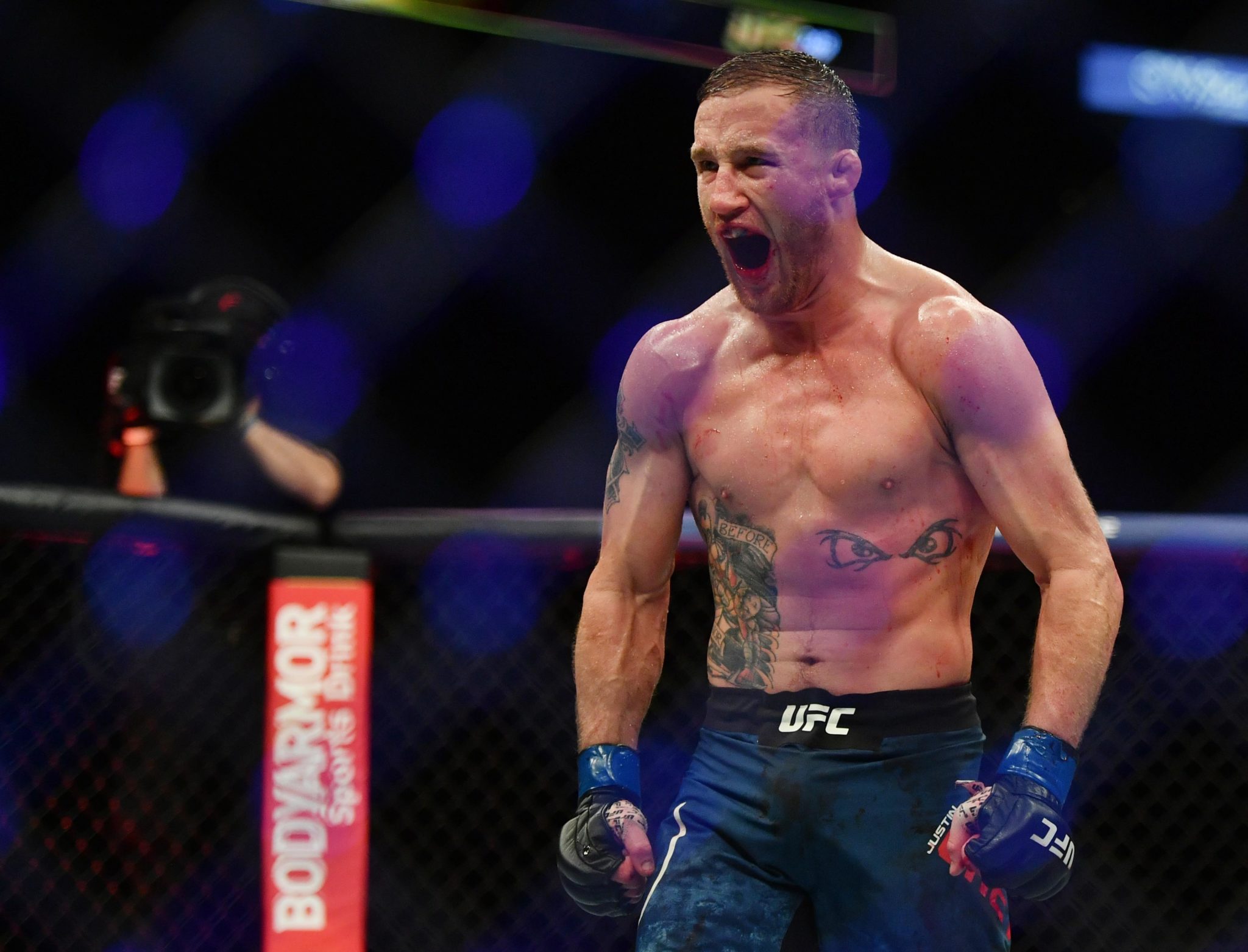 “His purpose was always to be the most entertaining fighter in the world. I have never had anyone else say that to me. Not one,” Wittman told ESPN’s Brett Okamoto in May.

While this approach brought the interim champion notoriety, it also brought two losses in the UFC and it did not move him closer to his ultimate goal; becoming the UFC lightweight champion. At UFC 254, he gets that opportunity.

Gaethje’s improvements in the second half of his UFC career are there for all to see.

A refinement of his forward pressure striking style and increased defensive awareness culminated in the ultra-impressive victory over Tony Ferguson in May, where Gaethje snatched the interim belt and robbed the MMA world of Khabib Nurmagomedov and Ferguson in the process.

With each Gaethje jab landed in Jacksonville, the mythical notion of Khabib and Ferguson finally meeting faded into relative obscurity.

Gaethje’s technical strides are the reason that he has gotten to the dance, however, when facing a juggernaut like Nurmagomedov at UFC 254, one wonders whether a blend of the Highlight, old and new, will be required to end the reign of the undisputed king.

While the challenger's style of fighting has long been epitomised by chaos, Nurmagomedov expresses his dominance through control.

There is nothing novel about Khabib’s game plan, although describing it as such feels a little dismissive of the freakish talent that he is.

Arguably the sport's most impressive grappler ever, Khabib takes the fight to the ground, bludgeons opponents, advances position, takes the back and chokes them out. Rinse and repeat. 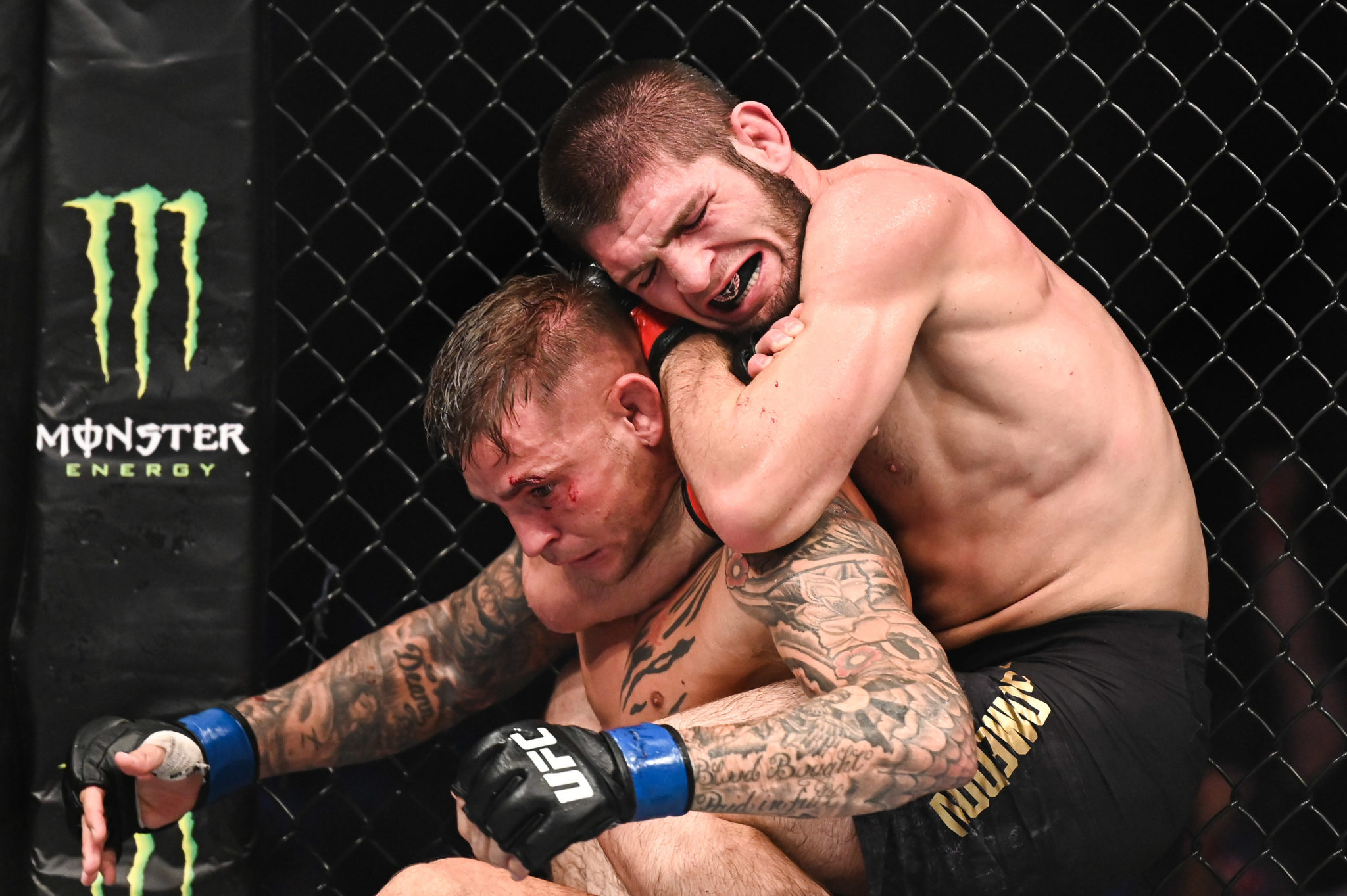 Jon Jones, who currently sits one place ahead of Nurmagomedov on the UFC’s official pound-for-pound rankings, has long been praised for his ability to beat opposing fighters in the area they are most comfortable in.

Nurmagomedov's modus operandi is the polar opposite to this Jones tactic. He usually follows his strategy to the letter every time and if anything, it is even more impressive as nobody has been able to provide an answer to the onslaught so far.

There are no surprises from the champion.

From the first moments of all of his fights, the objective is to clamp onto the opposition, drag them to the mat, make them tired and force them to quit.

“That heaviness, that strength - he slows you down,” said former UFC lightweight champion, and current UFC bantamweight, Frankie Edgar in conversation with Shaheen Al-Shatti of The Athletic.

“It’s systematic, methodical. He lets you tire yourself out. You’re moving, you’re doing a lot of moving but you ain’t going nowhere.”

Everyone knows what is coming when they enter the cage against Khabib, stopping him is another proposition altogether.

For someone to finally bring an end to the Dagestani fighter's dominance, they will need to “break that mould” as Dan Hardy put it earlier this week.

If Gaethje is to do just that at UFC 254, it will require him drawing on the improved skills he has incorporated recently, as well as what has come naturally to him throughout his MMA career thus far. 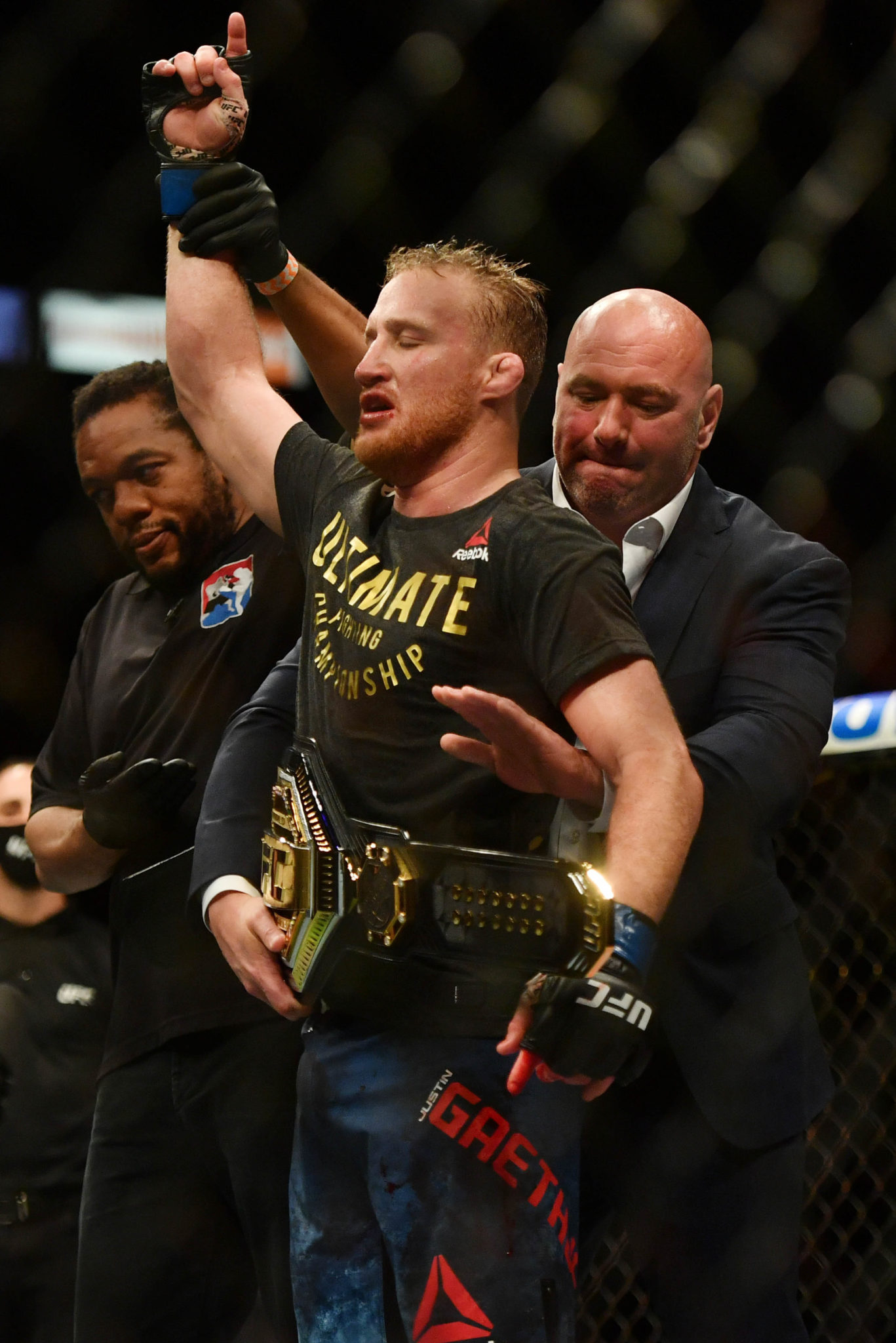 There is a need to be fearless, to push forward and pressure Nurmagomedov, to use his hands with confidence, to create scrambles in any wrestling exchanges.

In all honesty, it is a high stake approach considering the likelihood of defeat should Khabib manage to keep him flat on the mat alongside the cage for prolonged portions of the bout.

In essence, Gaethje will have to tap into the chaos that has come to define him and use it to throw Nurmagomedov off of his long-established game.

For that reason, the opening two rounds are vital for Gaethje and make the fight extremely intriguing.

It is imperative that in these frames the patterns we have come to see in all of Khabib’s fights in the UFC are not established by the champion.

For Gaethje, the beginning of the fight cannot be anything close to methodical or systematic, it has to be defined by anarchy.

With the dangerous striking and wrestling pedigree he possesses, the American is rightly being touted as Khabib’s greatest challenge to date.

If Gaethje manages to claim a win at UFC 254 in Abu Dhabi, beating Ferguson and Khabib back-to-back would put the icing on the cake of one of the most impressive career renaissances in recent MMA history and be a victory for chaos at the expense of control.

UFC 249 confirmed for May 9 behind closed doors in Jacksonville

UFC 249 card confirmed, with Khabib officially out for April 18th