UFC journalist Kevin Iole joined us to discuss the controversy around UFC 249, which took place ...

UFC journalist Kevin Iole joined us to discuss the controversy around UFC 249, which took place in Jacksonville despite one of its fighters being found positive for Covid-19 on the eve of the event.

Middleweight Jacare Souza withdrew from his bout with Uriah Hall, as he and two of his cornermen tested positive for the novel coronavirus.

According to ESPN - the UFC's US broadcast partners - the organisation was informed by the fighter that he was aware that a member of his family may have the virus days ago, when he initially got to the fighters' hotel.

At this point, like every other fighter, he was tested and monitored. Despite his airing of concerns, Souza remained in the fighter hotel and attended the prescribed pre-fight events.

The background is that the UFC were pushing for the original event, headlined by Khabib v Ferguson, to go ahead on April 18 - before broadcasters told Dana White that it would not happen.

"The problem existed when Jacare showed up; what they did with every athlete and every person that came in - the doctor met you in the parking lot. He did an interview with you and a temperature test and let you inside.

"When Jacare got there, he told them that he thought that one of his family had Covid-19. I am not quite sure why they didn't turn him around and tell him to go back at that point, but they let him in and tested him that day.

"He tested negative that day, but they tested him several times and he tested positive on the Friday before.

"Jacare went to the weigh-in, which he needed to do to fight, but they didn't need to make it a media event and have him taking pictures.

"He fist-bumped Dana White, who was then touching other athletes. That was where the weakness on that particular show was.

"I think that is something where if they get someone today that tests positive then they will act differently." 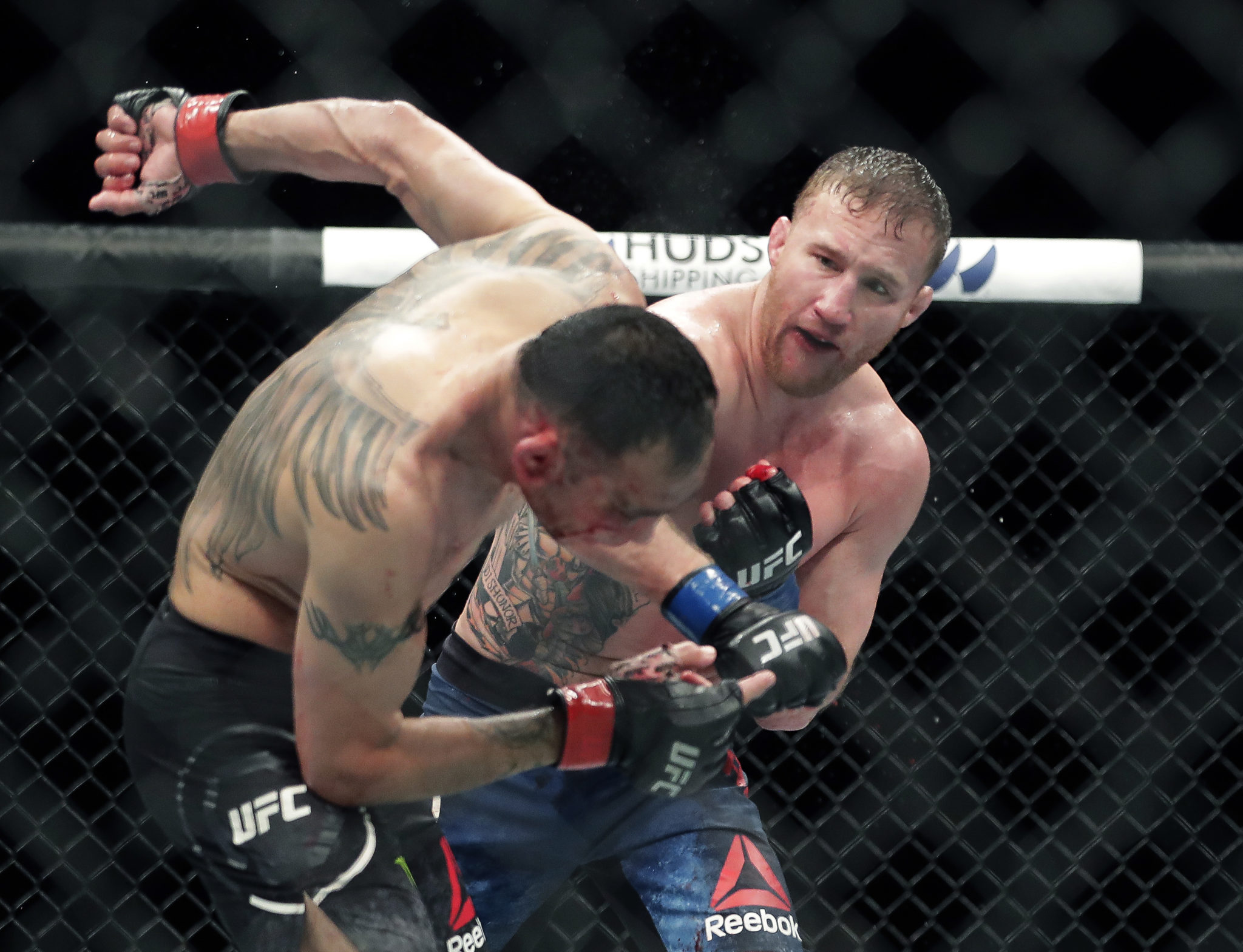 It has been a difficult week, publicity-wise, for White's organisation; the Souza situation was compounded by UFC commentator Joe Rogan insisting on shaking a competitor's hand post-fight, as well as concerns over an 'anti-disparagement' clause in fighters' contracts.

However, Iole believes that the UFC will stick to their word as to a lack of crowds, as White has 'budgeted for no crowd for a long time' - and the surprise Gaethje win bodes well for the organisation.

"It was a massive surprise, even though Gaethje was 21-2 going into this; Tony Ferguson was unbeaten in seven years... he was just rolling through the best in that division."

As to what happens next, the so-called 'Fight Island' might actually be a thing.

"Dana said that he is looking at having Gaethje v Khabib on Fight Island, if things don't return to normal quickly. I think that they are looking at August-September time for that."