In the aftermath of Tyson Fury's defeat of Deontay Wilder on Saturday night in Las Vegas, Andy Lee, one of Fury's coaches in the build-up to the bout, explained a video whereby the British boxer is seen returning a bottle of water handed to him on Monday's OTB AM.

Only shy, perhaps, of the night on which he won his own world title in 2014, Andy Lee enjoyed tremendously Tyson Fury's defeat of Deontay Wilder on Saturday night in Las Vegas.

A winning performance that made Tyson Fury the WBC heavyweight champion of the world, Lee, who was drafted in alongside Javan 'Sugarhill' Steward by Fury to replace Ben Davison eight weeks before the bout, explained an exchange that caught a lot of attention after the fight.

As Fury conducted his post-fight press conference, Lee was videoed handing the new world champion a bottle of water. Intriguingly, after seeming to determine the original source of the bottle from Lee, Fury handed it back.

Andy Lee tries to hand a bottle of water to Tyson Fury, but when the Champ finds out where it came from he gives it straight back.

"What was the water bottle," asked Lee, initially unaware what hullabaloo had been raised about these images, on Monday's OTB AM.

"We are very careful about what he drinks and where it comes from. So, we had all of our own water bottles with us, sealed water bottles in the arena.

"We didn't take anything from anybody outside of the camp." 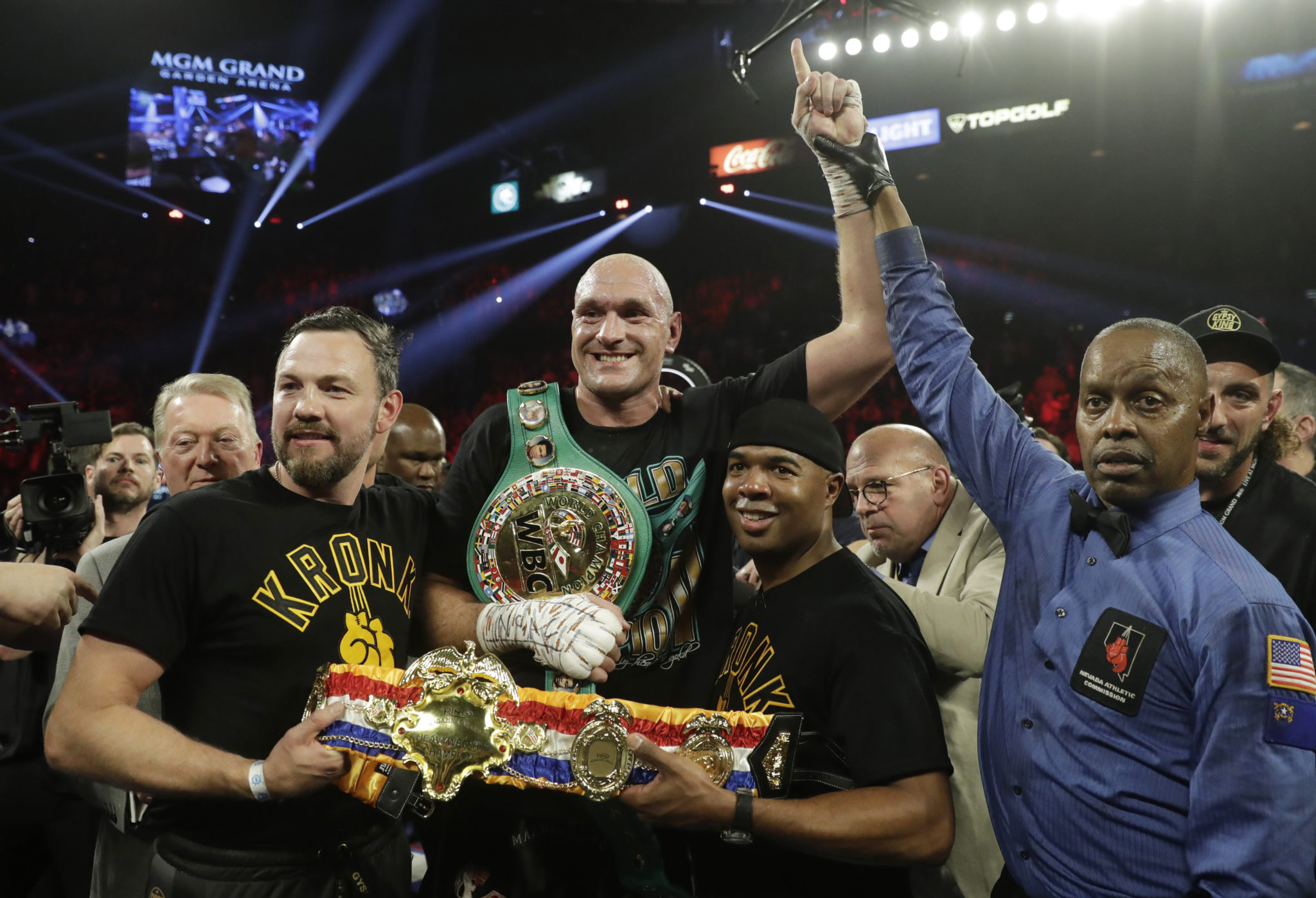 How did it come to pass, then, that Tyson Fury was handed a bottle that didn't meet his requirements?

"What had happened was that a security man handed me that bottle of water," explained Lee, "and Tyson asked me, 'Where did it come from?'

"I wasn't 100% sure so he wasn't drinking it and I went and got my own bottle to give him a drink.

"Throughout the whole training camp, even in the gym, we brought our own bottle. We didn't take anything from anyone."

You can watch back Andy Lee's full interview with OTB AM here.