The growth of Triathlon Ireland and Olympic dreams | Marcus Maher

I arrive a good three-to-four hours before the last stage of the ITU (International Triathlon Uni...

The growth of Triathlon Ireland and Olympic dreams | Marcus Maher

I arrive a good three-to-four hours before the last stage of the ITU (International Triathlon Union) European World Cup race in the small, sleepy town of Banyoles, 30 minutes east of Girona in the Catalan region, writes Marcus Maher.

Once there I meet up with Triathlon Ireland’s technical coach Stephen Delaney as he puts his two Olympic hopefuls Constantine (Con) Doherty and Ian Manthey through last-minute preparations.

At the picturesque lake, both Irish triathletes begin the Sprint distance race against the best triathletes in the world, which includes the newly crowned World Triathlon Champion, Vincent Luis of France and his close friend, and previous World Champion, local Spaniard Mario Mola. 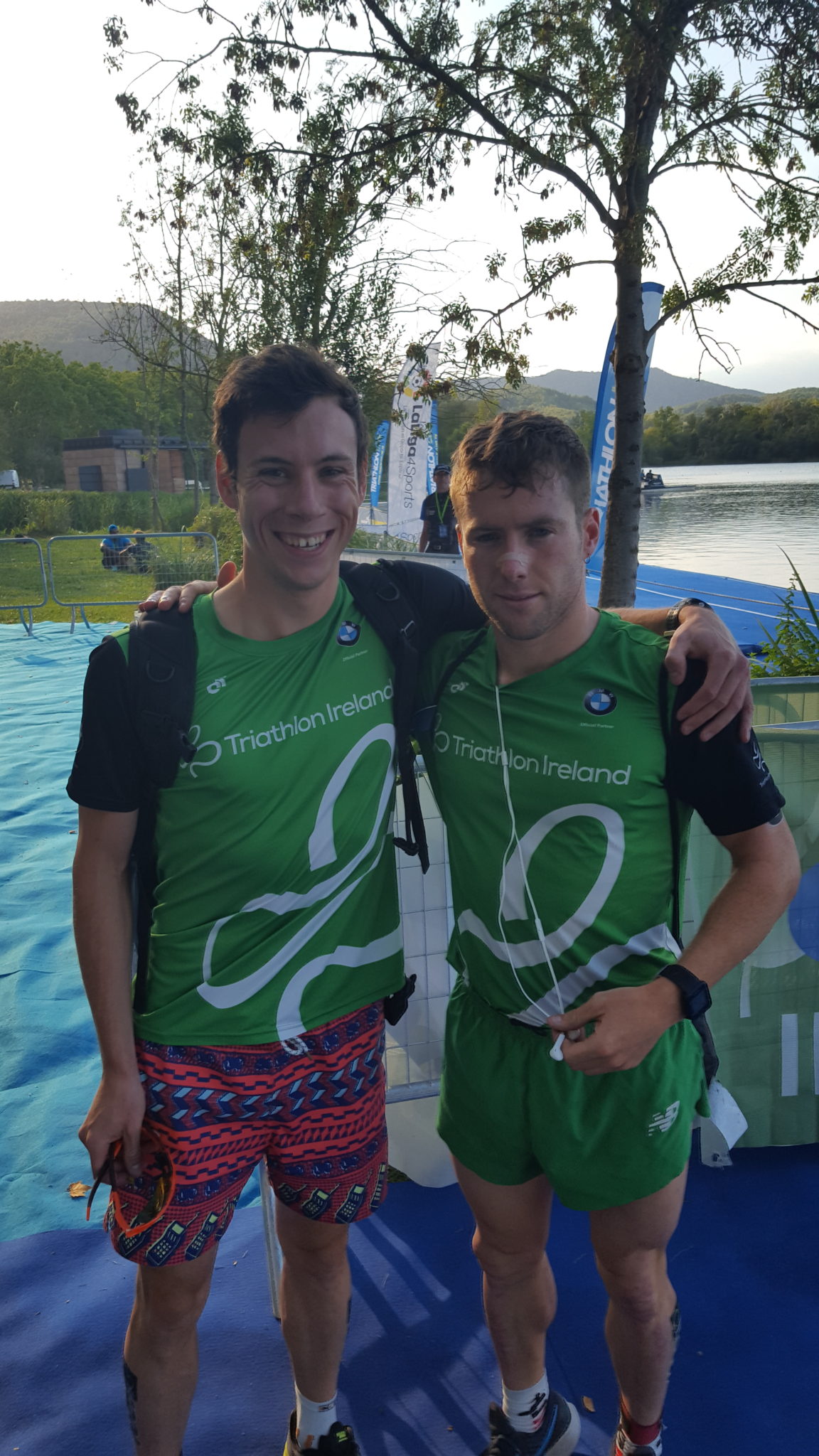 In Ireland, the sport has seen a huge groundswell of participation with membership growing faster than many sports.

The governing body, Triathlon Ireland, marks this growth as a sign of the worldwide popularity of the sport. Ireland, since 2008, has consistently seen male and female participation in qualification as we approach the coming Olympic year.

In Rio, four years ago both Aileen Reid and Bryan Keane comfortably qualified for the Olympics. This time out the competition is equally fierce as on the men's side Constantine Doherty, Russell White, Ian Manthey and Ben Shaw and Maeve Gallagher and Caroline Hayes all compete for that golden ticket, it’s not far off with only two berths available.

In Banyoles, both Doherty and Manthey put that acutely into perspective.

“Olympic year is really the most important year for all of us, only two spots available, this race is important as the very best two triathletes are here, and it’s a good marker to see where I’m at,” chimes Doherty as the Corkonian Manthey concurs with his Mayo teammate.

“I’m new to the squad and to be honest I don’t expect to be up there, but I’ll give it a crack,” he said. 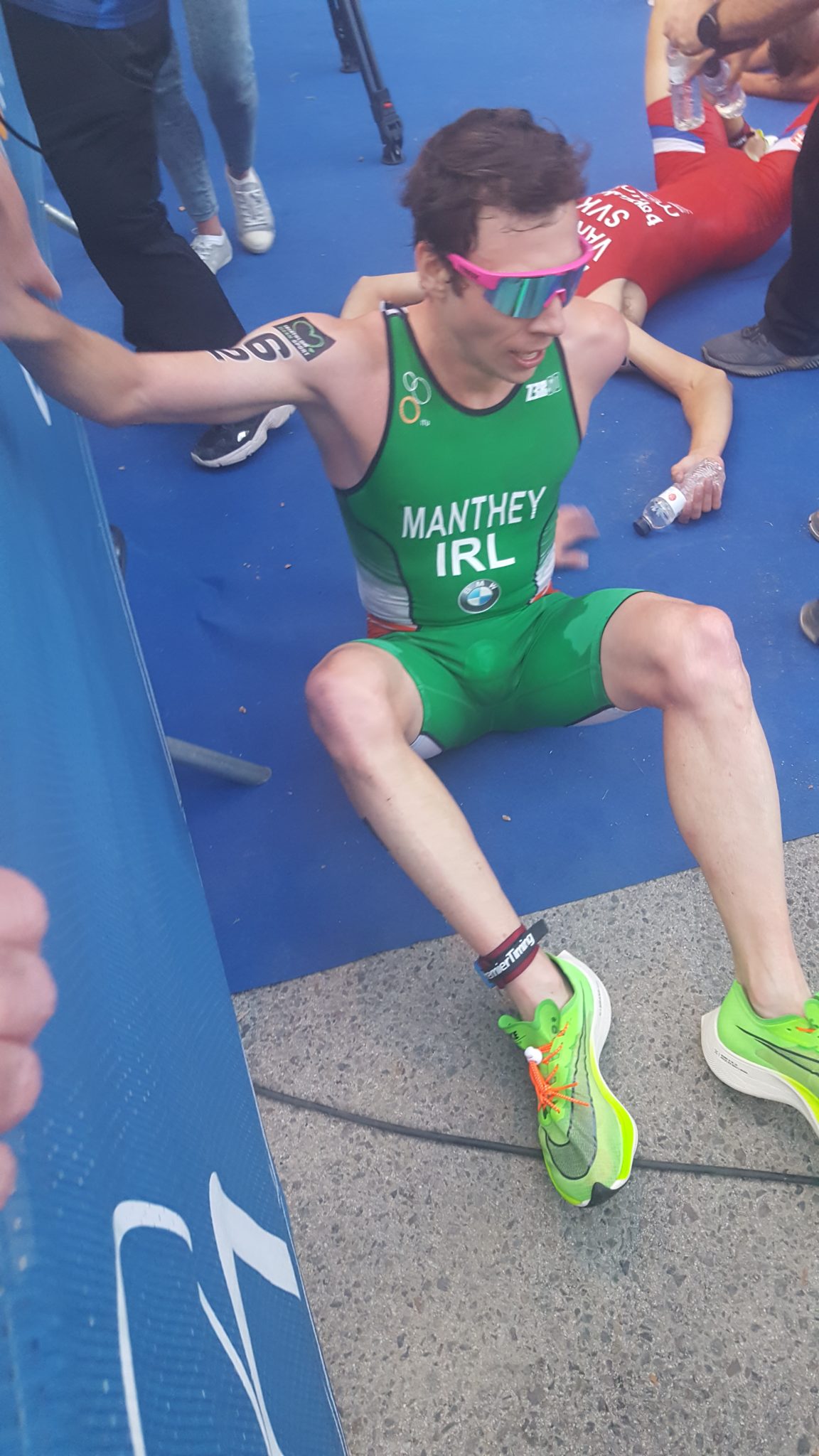 This is all watched over meticulously by Delaney, who himself competed for Ireland in cycling in what was our golden period of Roche and Kelly in the 1980s.

“The lads are single-minded, it’s very different from my period, these guys are hitting 40 to 50KM on the bike and sustaining it,” he said.

This is evident as the race starts and before Con Doherty gets on his bike, a large echelon has formed with both Luis and Mola hitting the front.

As the race unfolds, it isn’t to be Doherty's day as he finishes in 36th position where his erstwhile teammate Manthey had a better day finishing 26th.

Delaney is there to give words of encouragement to his athletes, a stone throw away from both Luis (the winner) and runner up Mola, who it can be said look little worn by the effort.

“This is the level,” he exclaimed. “If you want to be up there, these are the margins between the podium and further down the field.”

Delaney quickly sees to Doherty who it can be said rushes away. Disappointment is a hard thing in sport to swallow. Some athletes go into a personal cave, an almost star chamber of self-examination, piecing the race together to understand how, and where it went wrong. For Doherty, these are moments that only later make sense, he says nothing and retires to a private space. He explains the sacrifice that not many are prepared to give up to follow an Olympic dream.

“There is very little money in triathlon unless you’re top three, this isn’t a quick-rich sport, you’ve got to love it,” he said.

For Vincent Luis, the 2019 World Triathlon Champion, that road hasn’t been an easy one. He tells me that he won the World Junior Triathlon Championship in 2008 at 19 years-of-age and competed in two Olympics but at 31, 2019 has been his breakthrough year.

Those last 10 years have seen him finish second on numerous occasions. In that time to the dominance of the British Brownlee brothers, who cleaned up the medals in London and Rio and then the dominance of his friend and training partner, Mario Mola. Luis is a fine wine, getting better as he matured in the sport.

“I come from a swimming background, I grew up thinking of the Olympics, the sport takes a lot out of you, but what you put in, you get back,” he explained. 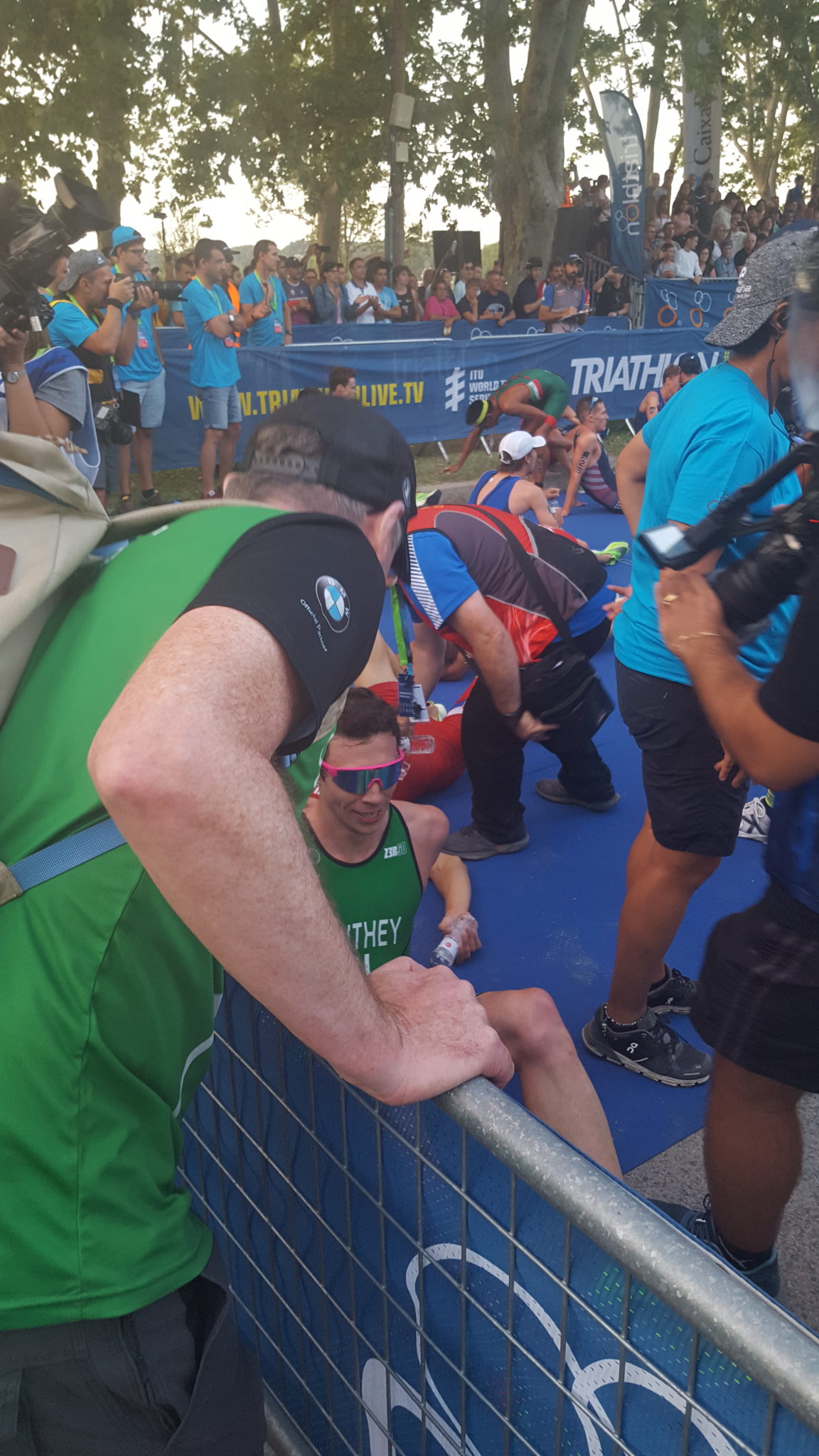 At London he competed as a 23-year-old finishing well down the field, his teammates at that time David Hauss would finish fifth and his French compatriot Laurent Vidal would finish seventh. It is here we pause.

For Luis, however, it is still hard for him to come to terms with the death of Laurent Vidal at the age of 31 in November 2015 of a cardiopulmonary effect, collapsing at the home of his girlfriend, New Zealander Andrea Hewitt.

“Laurent was a good friend when he was racing and then he became a mentor, he had a big influence on my career and he still does, I’m missing him and every time I’m facing a hard decision I ask myself, what would he do,” Luis said.

Luis is now the same age as his friend and mentor and it’s not lost on him that Tokyo would be kind of homage to Vidal if he were to win gold.

Although there hasn’t been a major doping scandal to hit the sport it would be naive to think it is not there. Vincent Luis has a zero-tolerance approach.

“I know I’ve competed against dopers in the past. I am convinced of it. They are around for four-to-five years and then disappear. It is like someone stealing from you, they are stealing your living, I would implement a lifetime ban, but to be fair, the sport is in a much healthier place and we are getting on top of doping than in the past.” Luis said. 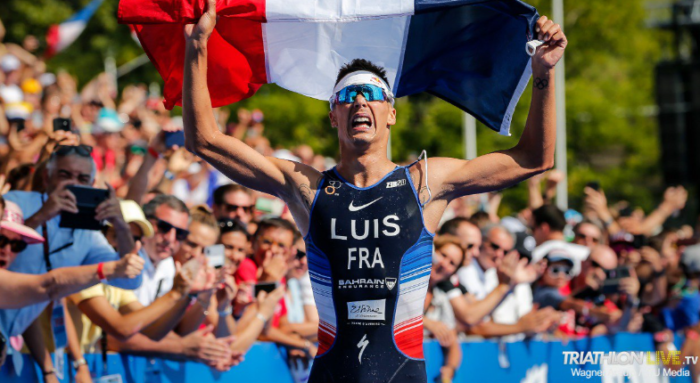 It is the earlier comment of athletes who get results and disappear that grabs my attention.

In the last five Olympics we have seen seven of the former winners either been caught doping, either had major suspicions of doping or in the case of one athlete who didn't compete seriously for a year, this with a broken hand, and still walk off with a medal.

“As I said I am an advocate of a life ban, again, it is like someone robbing you,” Luis opines. We leave that question there hanging, this is an issue that I am sure will run and run.

I grab Stephen Delaney in a quiet moment as the sun sets in Banyoles.

“It wasn’t the race our lads wanted but we’ve eight-to-nine months before Tokyo, I’m convinced we'll get one Irish athlete to Tokyo in both men’s and the women’s field,” he said.

Who those two will be, we will see at the Olympic qualification race in Madrid in May. I have a feeling that we will be hearing a lot more in the next 12 months as we run up to Tokyo, the green, white and orange will at least be amongst the nation’s competing when that Olympic gun sounds in August, Coronavirus notwithstanding.