Major sports leagues in the United States returned this week with messages of solidarity, with the Black Lives Matter movement firmly to the fore.

Players within the National Basketball Association and Major League Baseball both knelt before the opening games to show support for BLM, which has increased in the wake of George Floyd's murder in May.

The tragic event was a seminal moment in the history of the United States akin to John Lewis' crossing Edmund Pettus Bridge in Selma, Alabama, over 50 years ago, according to Mike Carlson, who joined The Saturday Panel. 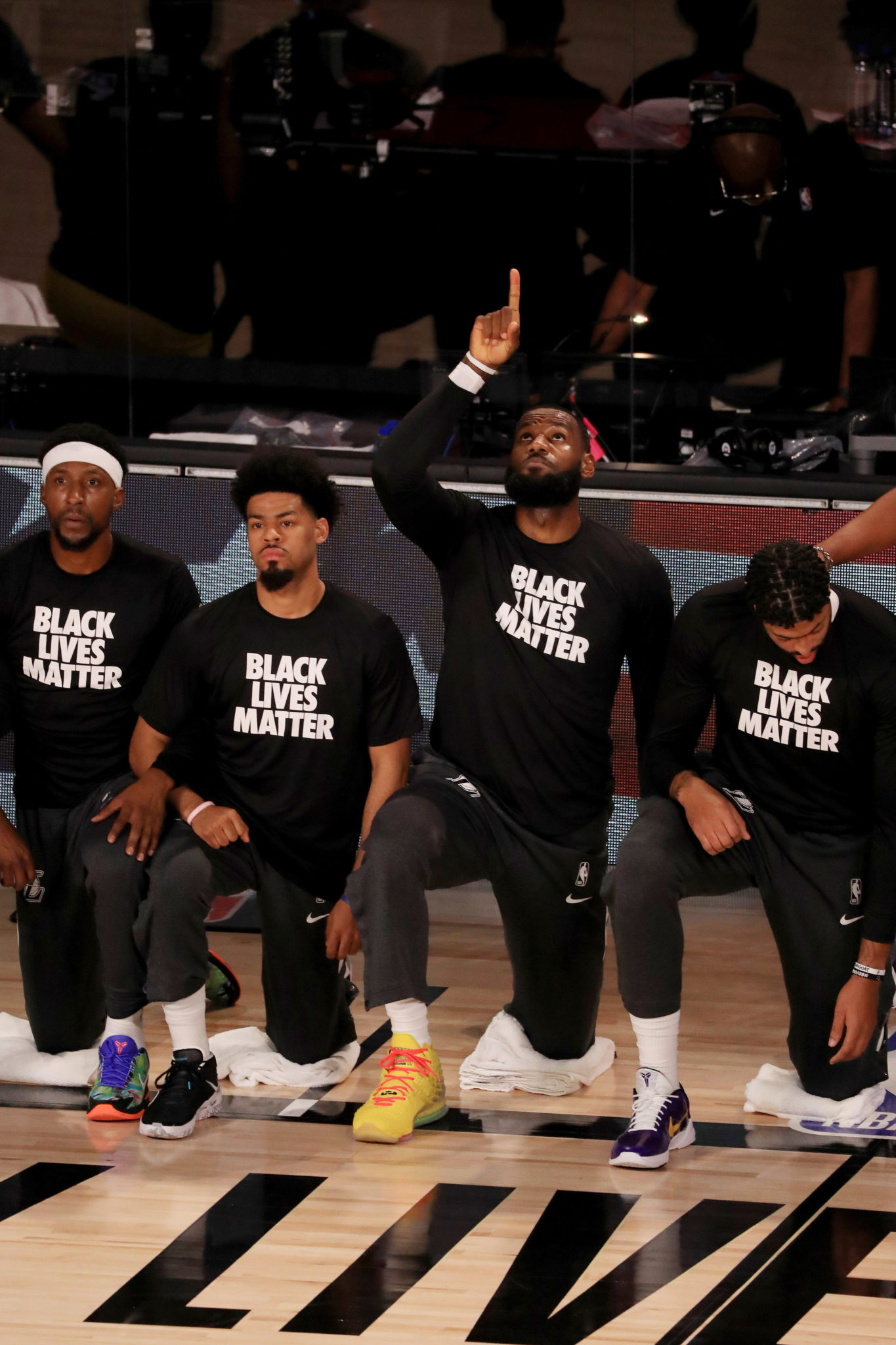 July 30, 2020; Lake Buena Vista, USA; LeBron James #23 of the Los Angeles Lakers in a Black Lives Matter Shirt points up as he kneels with his teammates during the national anthem prior to the game against the LA Clippers at The Arena at ESPN Wide World Of Sports Complex on July 30, 2020 in Lake Buena Vista, Florida. Mandatory Credit: Mike Ehrmann/Pool Photo via USA TODAY Sports/Sipa USA

"I think the George Floyd moment was a similar kind of galvanizing instance for an awful lot of people who otherwise thought well you know things are pretty good," Carlson said.

"There's just a general swing in terms of recognising we still have a problem and it is time that it was finally dealt with."

Sports have been described in the past as the opiate of the masses and have been used to distract people from truly important issues in society. That is why the actions of players in the National Basketball Association has been inspiring.

There was general concern amongst players in the NBA before the return to action as to whether it was appropriate to do so.

Some players felt it would take away from the growing movement on the streets.

The NBA is perhaps the league most synonymous with black culture, in America and the players have used their platform since they went to Orlando to try and keep the focus on the issues that really matter, according to Ryan Jones, editor of Slam magazine. 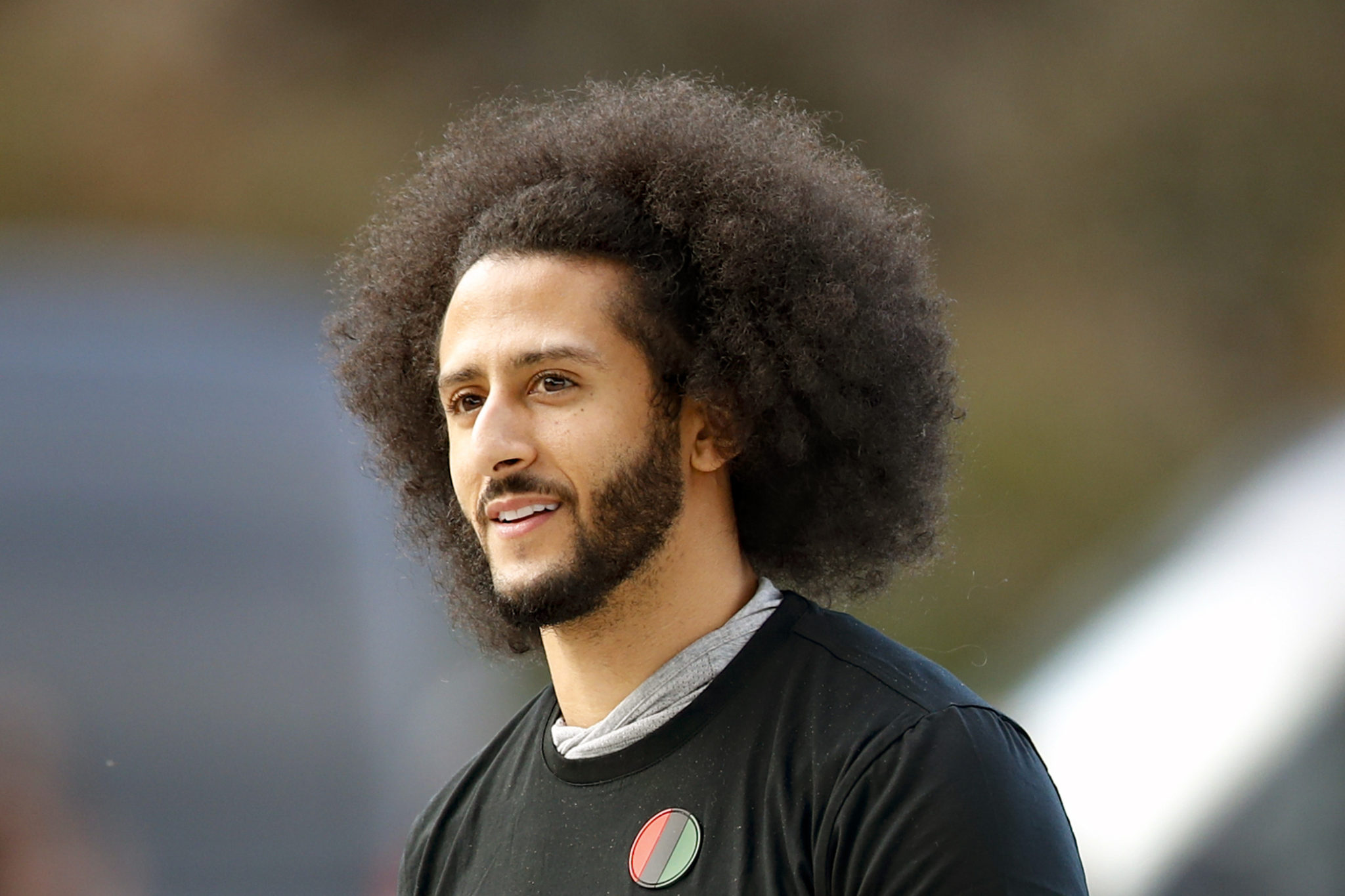 FILE - In this Nov. 16, 2019, file photo, free agent quarterback Colin Kaepernick arrives for a workout for NFL football scouts and media in Riverdale, Ga. Kaepernick has been a leader in the fight for social justice by people of color not just in the football world or the sports world. Recent developments have raised his profile and, more significantly, reminded many of the sacrifices he has made while protesting social injustice and police brutality.(AP Photo/Todd Kirkland, File)

"More than any league in the US certainly, the NBA is identified with prominent black players and really tied into black culture in a lot of ways," Jones said.

"A number of NBA players have put the focus of their post-game interviews on Breonna Taylor, which is tragic beyond words and also the fact that they've still not brought charges against the officers involved there is kind of unbelievable."

Taylor was gunned down in Louisville by police who entered her apartment using a battering ram in March. None of the officers involved have been charged with a crime.

Players in both the NBA and WNBA have since been in contact with Taylor's mother, Tamika Palmer, to best understand how to represent her memory while in the bubble.

On Thursday LeBron James raised a solitary fist during the national anthem, as he and both the Lakers and Clippers players took a knee in support of BLM. 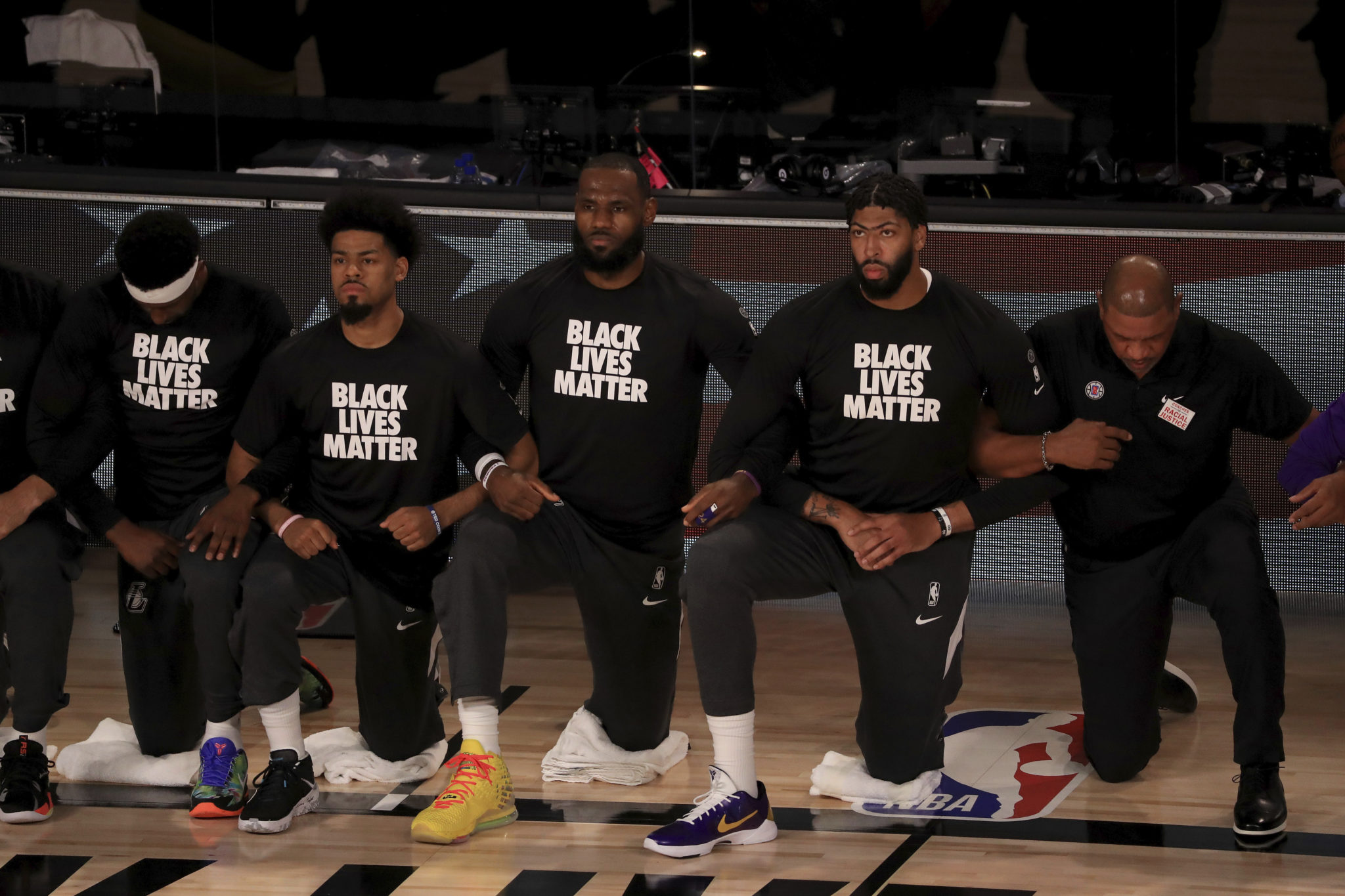 NFL quarterback Colin Kaepernick first took a knee while playing for the San Francisco 49ers, and the activists' livelihood was derailed as a result.

At the time there were real consequences for those actions and it is heartening to see all sports leagues embrace the movement, although if in the NFL's case it was four years too late.

However, it is imperative that real change comes from this moment, according to Jones.

"Real policy change has to come to address the systemic issues in a way that is long overdue. I'm hopeful that what's happening now can be sustained," Jones said.

"It doesn't mean anything unless it leads to tangible change in so far as criminal justice policy and certainly a really close look at our policing and deciding what we're paying our police to do, what are we asking them to do, what are we equipping and training them to do and really make actual tangible changes that are going to save people's lives not just raise awareness."

With more players embracing a role in the political and social sphere we can hope that meaningful change is coming sooner rather than later and that it won't take another 50 years to achieve.

A tale of two Manchester clubs: Do City and United have what it takes to dominate in Europe?

Novak Djokovic confirms his participation at US Open