As we looked back at the hugely compelling The Last Dance on Tuesday's Off The Ball, John Gonzalez of The Ringer took a closer look at Steve Kerr and his inability to do anything but win.

The unassuming utility player who comes of age in the penultimate episode of The Last Dance, for many watching this retrospective of the Chicago Bulls' final season with Michael Jordan & co., Steve Kerr is more famous for what he would go on to do as a coach in the NBA.

A member of the Bull's second three-in-a-row winning side, the hugely popular Kerr has lead the Golden State Warriors to three NBA titles of their own in recent years. Put alongside two further titles he won playing with the San Antonio Spurs and Steve Kerr, a player who by his own admission was somewhat fortunate to make it in the league, is currently a champion eight times over. 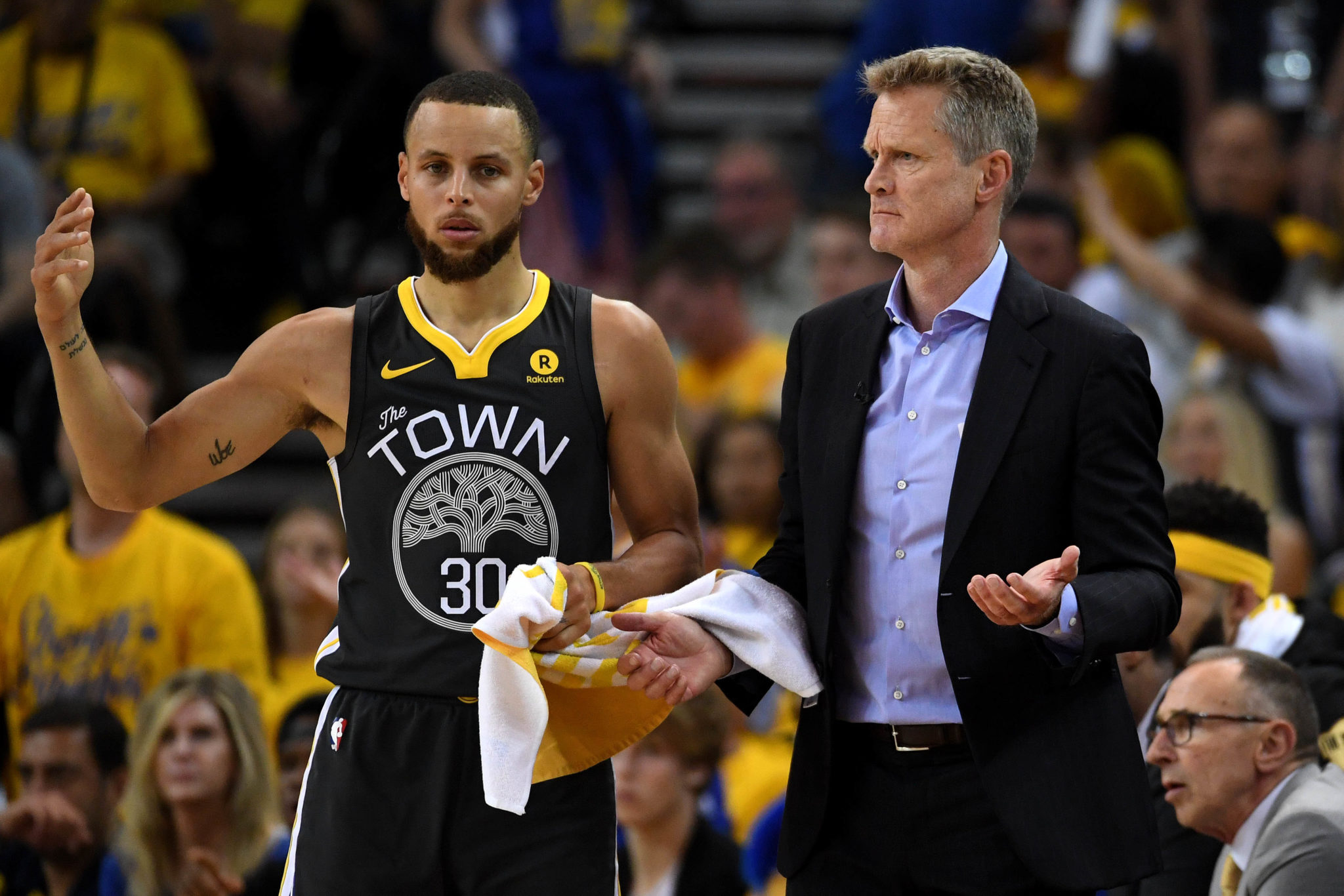 "He has had a really interesting career," suggested John Gonzalez of The Ringer. "From when he played with the Bulls, with the Spurs, from when he was the General Manager of the [Phoenix] Suns and helped put together the 'seven seconds or less' team, to when he coached the dynasty with the Warriors, his career from beginning to end has really been remarkable.

"If you talk to him, he'll obviously tell you that he wasn't the most physically gifted player in the NBA. Yet, he carved out this really long and impressive career and he has done nothing but win the entire time."

As the Chicago Bulls fell apart in the immediate aftermath of the 1998 season covered in The Last Dance, Kerr, who was traded to the San Antonio Spurs, went on to win a fourth successive NBA Championship in 1999.

Despite his extraordinary successes on the court, however, Gonzalez believes it is only in Kerr's post-playing career that his true genius has emerged.

"For him to play a certain role for the Bulls was fun and great to watch," he explained, "but his playing career, I think was less impressive than his transition into him being an excellent General Manager and an excellent Head Coach. Even when he was doing TV commentary, he was fantastic at that.

"When you see somebody like Michael Jordan, arguably the greatest competitor and player in the NBA, he has been far less successful in his post-playing days. Whereas Steve Kerr has done nothing in professional basketball but win.

"Those disciplines are all very different things and I don't think there's anyone else like him right now in the game."

If you're still looking for more Michael Jordan goodness, why not tune in to OTB's podcast devoted entirely to The Last Dance? You can listen back to 'Off The Bull' right here.

Basketball "an afterthought" as federation grows weary of govt. silence