The significance Sligo affords William Butler Yeats in death is a reflection of the poet’s celebration of this place in life.

"I will arise and go now," runs the opening line of his famous dedication to a small island on Lough Gill.

A Dublin native with Sligo ties on his mother's side, the 'Lake Isle of Innisfree' captures Yeats’ abiding fondness for a place that existed largely in his memory. Only an occasional visitor, it was not until his disputed remains were buried at Drumcliffe Church that Yeats became something of a permanent presence in the county.

Nevertheless, Sligo people tend not to be overly precious about where you come from. There is none of that Kerry disdain for outsiders that John B. Keane's "Bull" McCabe's encapsulates in The Field here. Through his wonderful poetry, William Butler Yeats displayed Sligo's natural beauty to the world, and the county rejoiced.

Indeed, be it the Dublin poet, the Cameroonian Joseph N'Do who helps Rovers to league success or the other two-fifths of the original Westlife line-up, Sligo will not hesitate to celebrate anyone who does the county some service.

A small town on Ireland's north-west coast, it is a place well used to people arising, going to and leaving again. As such, it is Sligo's imperative that they depart with only good things to say. 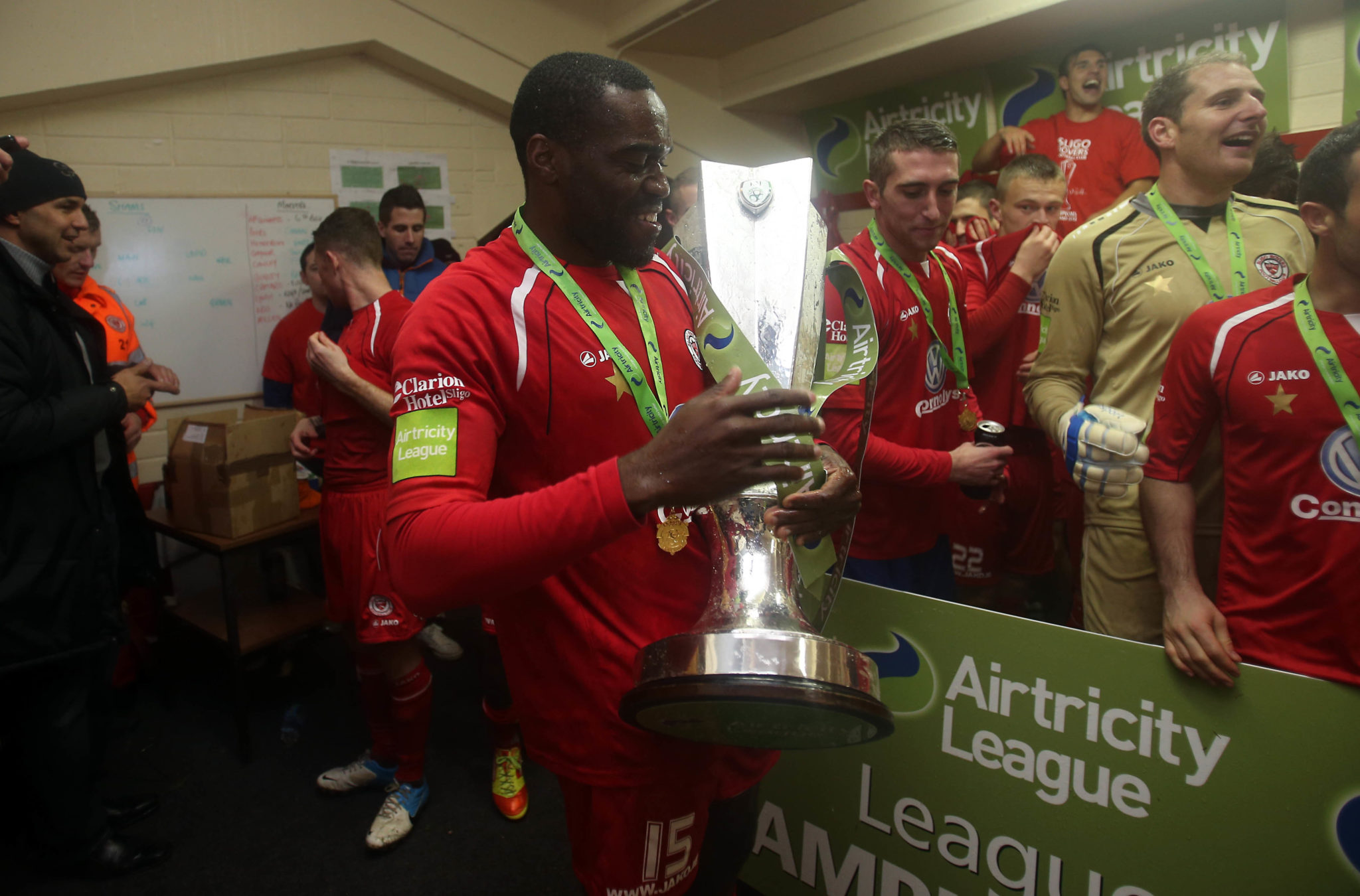 "Imagine that you want to take your kids fishing on Lough Gill now," considered David Smith, owner of Barton Smith Sports in Sligo town, "and you go online to buy your fishing rod and reel.

"Now, you might not have fished since you were young and maybe you’re only in Sligo because this is where your own family came as you were growing up. It’s all well and good buying the equipment on the internet, but how are you going to start rigging it all up? How will you know where all the best places are for fishing?

"It’s people like us that you can come to and find out these things, to get your rod and reel rigged up, things like that."

On one end of Hyde Bridge in Sligo town, Smith's shop sits opposite a commemorative statue of Yeats, with the impressive Yeats Society building only across the river to its left. Long before there was any thought of this being Yeats Country, however, a Smith has stood on that spot.

Almost 250 years ago, an accomplished cutler named Barton Smith left Reads of Parliament St in Dublin to open a shop of his own in the busy port town of Sligo. David Smith is the sixth generation to have taken charge of a shop that operates still.

"We’ve a letter on file here from the Lord Lieutenant of Ireland looking for 6 guineas worth of razors back in 1820," explained David of the early reputation Barton Smith earned himself. "It brings serious pressure with it though, and as somebody said to me before, I’ve a bit of monkey on my back.

"Like, am I going to be the fella who closes the shop or keeps it going? I would hope I can keep it going, but it’ll be a totally new business. This whole industry is changing, and my son now is working with the website developer just to update that side of things as we prepare to go more online."

In contrast to Barton Smith's original venture, the shop now specialises in supplying the clothing and equipment for many outdoor pursuits. Until very recently, the well-being of the business was thought to be in Smith's own hands. For the shop that has survived everything from famine to financial meltdown, where there is a will to continue the Smiths have found a way.

Yet, while their modest operational requirements have allowed Barton Smith Sports to deal with the immediate impact of Covid-19 capably, David Smith is perhaps more than a little concerned.

Personally and professionally, that the business has traversed four separate centuries in the hands of one family gives him some solace though. Echoing the Sicilian prince of Lampedusa's The Leopard, the Smiths of Sligo have long been aware that things must drastically change if they are to remain the same.

"A local priest, Fr Devine, came back from New York," recalled Smith of an exchange his father had with a cleric 60 or so years ago. "He explained how in America they sold everything under the one roof and that got Dad thinking."

Not so far off its bicentennial celebration then, it was David's father who looked for viable ways of locating all your sporting needs in one destination. If he could help it, there would be no need for you to buy your Gaelic football in Barton Smiths, but go elsewhere to find some boots.

"Even when he was on his honeymoon in England," revealed Smith, "he called in on a company he knew that supplied the machinery for re-stringing badminton and tennis rackets. He bought his first racket-stringing machine there and then in 1958."

Where the prevailing wisdom for consumers on Ireland’s north-west coast had been to look toward Dublin for goods not immediately available, the ingenuity of Barton Smith to look at the east and see what could become of the west passed through the generations. 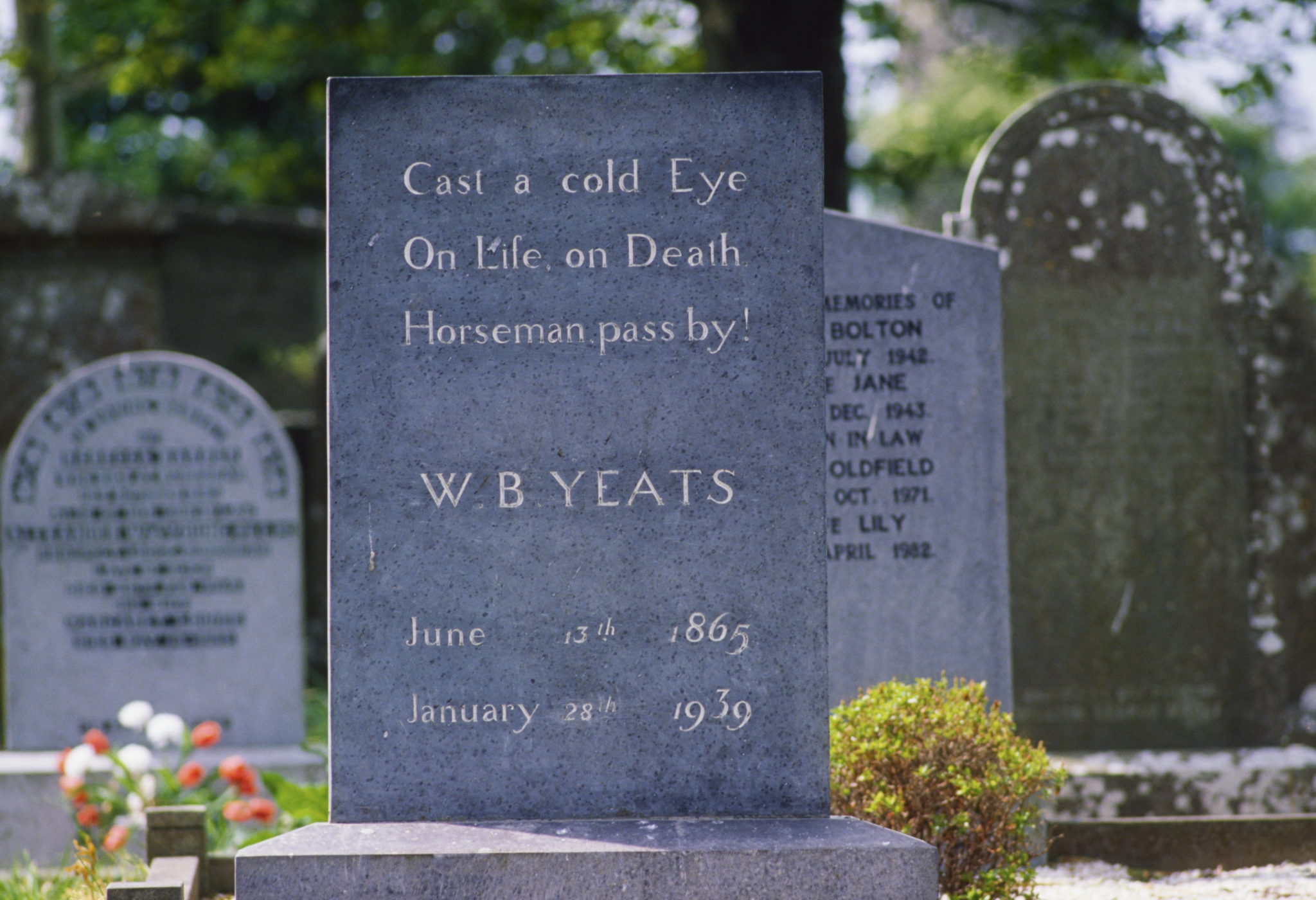 The gravestone of William Butler Yeats in the grounds of Sligo's Drumcliffe Church.

Where the uncertainty of Covid-19 has been sudden and, in many cases, all-encompassing, David Smith is admittedly concerned that this will merely exacerbate changes to the shopping experience that are to be feared rather than embraced, however.

As an independent shop owner, it is no great surprise that he wishes people displayed a greater interest in locally sourced and sustainable products.

On the spot where he stands in his shop taking this call from Off The Ball, there was once a workshop. When the sharpening of household metalware was a viable way for Barton Smith Sports to make money, this is where it would have taken place.

"In 1912, my grandfather came home from America to visit because his mother was very ill," began Smith as he tapped into the shop's rich history. "While he was in the shop here, standing about where I am now, a chap from Kilmacowen came in and said his own daughter was heading out to America.

"My grandfather put two new blades into a pocket-knife that this man from Kilmacowen gave to his daughter before she set sail for America on the Titanic. Long story short, she made it onto a lifeboat and this guy, one of the sailors, asked if anyone had a knife. Well, this woman had."

Astounding though such a story may be, the awareness of this serendipitous event was forged in the personal interaction that took place within the shop.

It was only after Smith's grandfather returned to America that he became aware of the story in a newspaper article, and only last summer in this same shop the American descendants of that young woman who survived the Titanic's sinking returned to the very spot where this life-saving pocket-knife was fitted out with two new blades over a century ago.

Although David Smith is aware that survival now depends upon your ability to serve a purpose in the online marketplace, the growing absence of personal interactions in such exchanges of goods and services worries him for reasons beyond the well-being of his own shop.

"You can already see in certain English towns how its just cafes, bookmakers and adult shops on the street. I don't want that for Sligo, but without supporting indigenous business where are you going to find that life blood of a town?

"It's just going to be a load of people walking around with coffee cups in their hands."

Upon his tombstone in Drumcliffe Church, William Butler Yeats' epitaph urges the ominous horseman to pass by.

In certain respects, we have about as much hold over the comings and going of Covid-19. "Cast a cold eye / On life, on death," prefaced that demand, and indeed at this point, we might as well.