The balancing act of ‘elite amateurism’ in sport has always been a prominent conversation in ...

The balancing act of ‘elite amateurism’ in sport has always been a prominent conversation in this country, writes Catherine Murphy.

Usually, it concerns the top tier of GAA players, but for many women in sport, it's also a pressing concern. Irish hockey international Nicci Daly knows about this struggle as well as any.

Speaking on this week’s OTB AM about the conclusion of the 20x20 campaign, Daly also discussed her experiences in finding this coveted balance between both sport and one's profession. For the 32-year-old Dubliner, the challenge is welcomed.

Her profession is also a sport, but not the one she is famed for playing. Having completed an undergraduate degree in mechanical engineering, she then earned a Masters in Advanced Motorsport Engineering at Cranfield University in England.

Daly then went on to work with Juncos Racing in the US, where she was employed as a data engineer. This career move had a bittersweet taste to it, though.

It only became possible after the Irish hockey team missed out on qualification for the 2016 Olympics in Rio.

“I decided to take a bit of time out from the national team and allow myself to start to develop the other side of my life”, she says. As well as progressing her career path, it also opened up her eyes to the male-dominated nature of the sport.

Upon her arrival home, Daly set up Formula Female, an initiative aimed at showing young girls the career opportunities that are available to them in motorsports. From drivers to mechanics and engineers to managers, there is a whole group of highly trained professionals that make up a successful team.

But despite the growth of this programme, Daly herself hasn’t been able to progress her career in motorsports engineering much since her return home.

The commitment necessary for the 2018 World Cup proved too great, and sacrifice was necessary across the team. “I know a lot of the girls had to give up their careers, or at least put them on hold for the foreseeable future”, Daly says.

“Unfortunately, that’s what happens when you enter into that sporting setup where there’s so much contact time.” 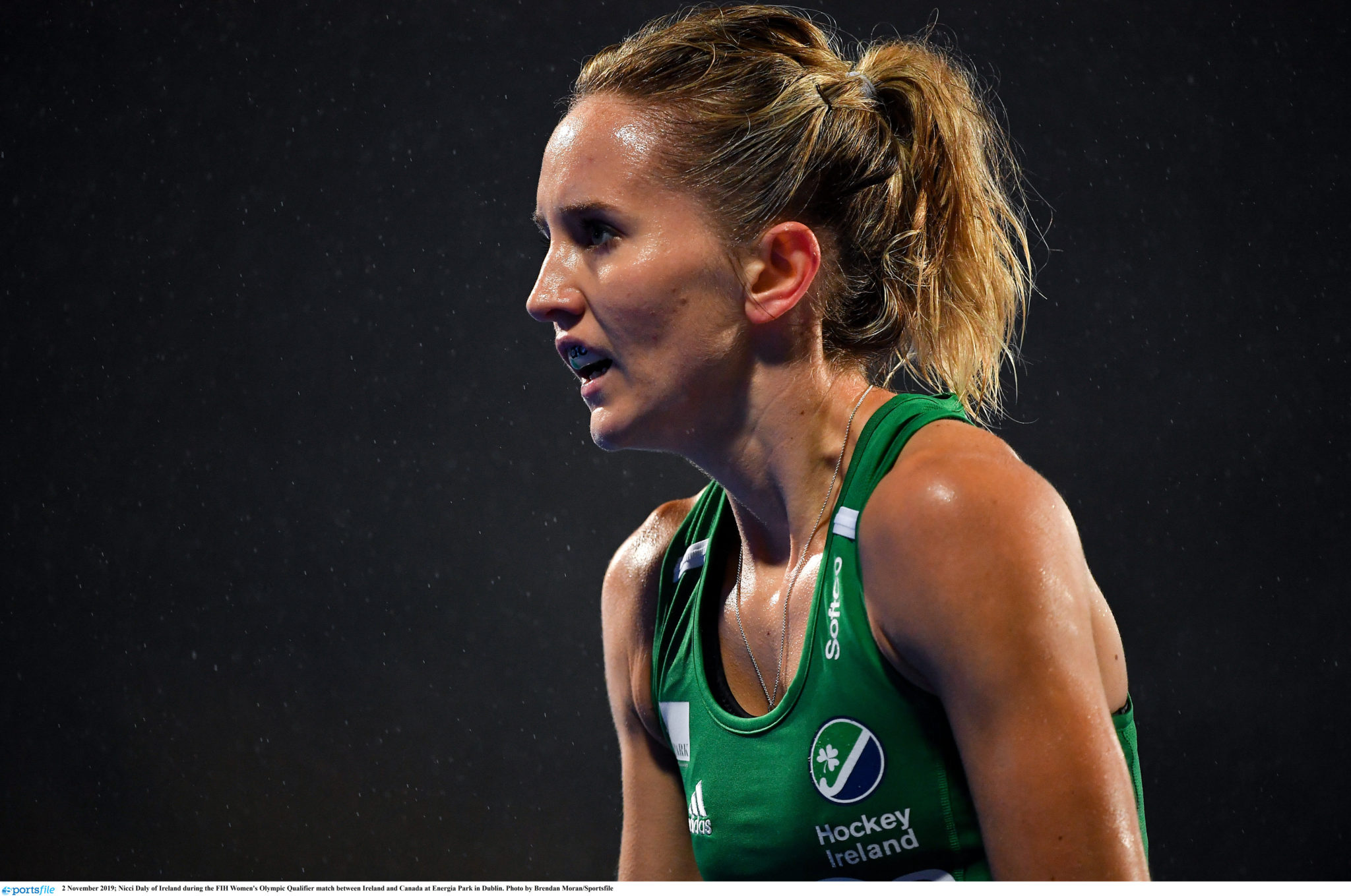 2 November 2019; Nicci Daly of Ireland during the FIH Women's Olympic Qualifier match between Ireland and Canada at Energia Park in Dublin. Photo by Brendan Moran/Sportsfile

Daly is happily providing this commitment presently. But now currently in her 11th year with the national team, this season will be her last.

After the impending Tokyo Olympics, she plans on returning her focus to motorsports. However, Daly is aware she may not be alone in this departure. “It’s inevitable, players will step away come the end of Tokyo”.

No doubt it will be difficult, but they cannot be blamed. It is only sustainable for so long to be stuck in this semi-professional middle ground.

Regardless of the changes coming, Daly has no doubt that the Irish team will continue to achieve great things.

The World Cup success of 2018 had already supplied them with plenty of fuel for the future and the potential provided by the Olympics can only grow this fire.