To say Irish cycling is currently experiencing a boom in international circles would be to get to...

To say Irish cycling is currently experiencing a boom in international circles would be to get too cocky.

But not since the halcyon days of the 1980’s has Ireland seen such success, and with it a new found confidence that for such small nation we punch well above our weight.

At the recent Vuelta a Espana, Sam Bennett won two stages to add to his ever growing stable of wins. Nicolas Roche also possessed the Red Jersey as race leader for a time. With only two Irish cyclists in the race of 160 riders, that’s not a bad return .

To find out how Irish cycling came to this point, we do have to look back a little and watch how the Tour de France arrival in Ireland in 1998, spawning that Millennial/Generation Z of talented cyclists - those who were inspired by the Tour to get on two wheels, for is that generation alone that has produced this new golden age of Irish cycling.

It’s no surprise that Dan Martin, Nicolas Roche, Philip Deignan (recently retired) Conor Dunne, Ryan Mullen, Eddie Dunbar and especially Sam Bennett (all riding for World Tour and Pro- Continental teams) were born between the years of 1985 and 1997. When I spoke to Sam Bennett at his Bora Hansgrohe base in Monaco, I asked him why is it this generation and this generation alone, where young men usually find solace in computer games, GAA or soccer got the bug for cycling.

Bennett laughs and in that characteristic Carrick-on Suir lilt responds, "Well I had a BMX growing up and I used to muck about with that quite a bit. I would do wheelies and sprints on it."

You could feel in Bennett’s voice a quiet sense of schooling, or honing his speed skills that ‘may’ come in handy at some point, one day: "I didn’t take it seriously until one day a friend said to me that I had natural speed and a good cycling team (Carrick Wheelers) could be looking for someone like [email protected]

In the early noughties, Bennett did indeed follow his natural predecessor and local Tipperary legend Sean Kelly to the local Cycling Club, Carrick Wheelers. However, for many years he didn’t get it all his own way. He doubted himself and was more focused on pure road racing and climbing - sprinting wasn’t in his DNA so to speak: "I can’t say I excelled in sprints, I knew I had natural speed that could help me in tight races, but you wouldn’t have said back then I was going to make it as far as I have and I would now be seen as one of the best sprinters in the world." 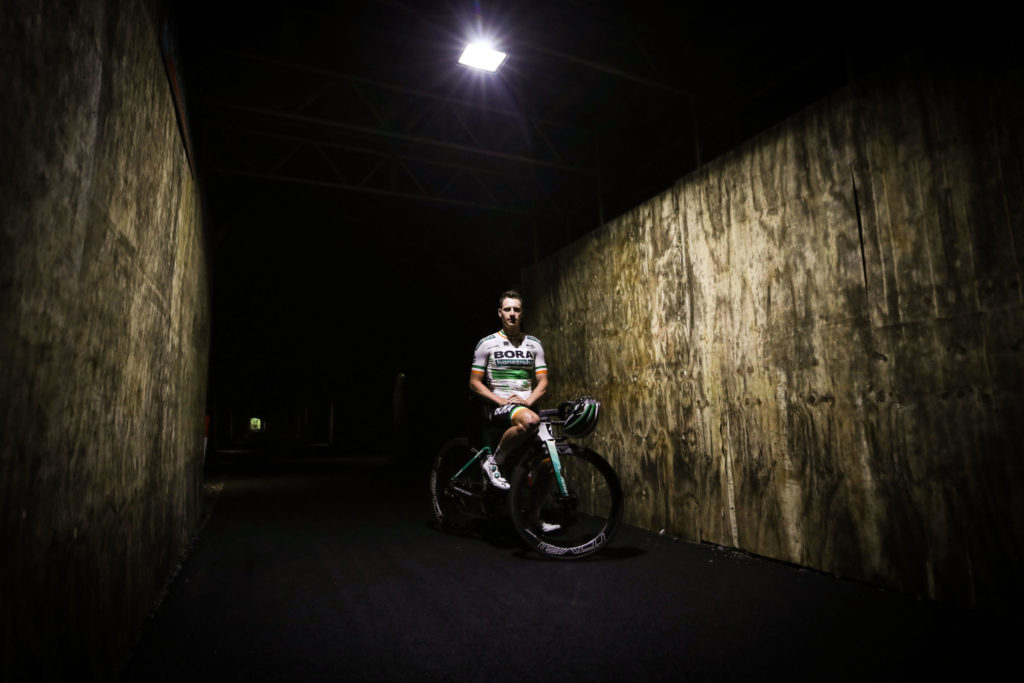 It was this natural progression that led him into the ranks of An Post Cycling team at 19 in 2009, a development team that would see many Irish cyclists emerge from. Ryan Mullen, Matt Brammeier, Conor Dunne all graduated to the bigger World Teams, but out of that pack Sam Bennett would soon make the cycling world sit up and notice and in 2013 when he won two stages at the local An Ras and then the biggest win up to that date was a stage at the Tour of Britain, beating a stellar field including the then dominant sprinter in the world, Manx man Mark Cavendish.

"After that win, I thought to myself, maybe I am not bad at this type of thing, maybe there is a career in this after all," he says,

Bennett’s good genes did help, like so many before him - the irony being that so many of Ireland’s cycling elite were born outside of Ireland: Martin, Roche, Mullen, Dunne and Bennett himself (born in Belgium) but have come to represent Ireland with pride (Bennett won the 2019 Irish Road Championship in Derry). His father Michael was a professional footballer.

"My family and my father certainly encouraged me to do sport. It wasn’t something I looked at as a career so I did keep an eye on my studies. I enrolled to do a degree in health and exercise in Waterford."

It was hard choice to make, either commit full time to cycling or abandon it to pursue a more academic route. This choice was taken out of his hands in 2014 when the German Net-App-Endura team came looking for Bennett’s skills as a lead out sprinter.

"I think when a serious pro-team came looking for me, I felt I had to give this a try. It wasn’t the last dice, I was still only 23 but I knew in this game you don’t get many chances’," he explains.

He started in 2014 with a bang at the Almeria Classic, winning the sprint and for every Tour of Turkey, winning an amazing five stages. There was a painful reminder that sometimes cycling has a way of paying that over-exuberance back, as in his first outing of the Tour de France in 2015. He laboured around France, sick, exhausted and with a hernia diagnosed, he abandoned ficw stages before the end.

"It was a reminder to me, and my body, that I was human, I so badly wanted to finish the race, my mind was willing but the body just wouldn’t allow me to carry on," he says.

He did indeed make the following year's Tour, but again bad luck and a crash put him out of his favoured sprints, and like the previous year he trundled around France finishing as the Lantern Rouge (last finisher) of the race.

"I learnt so much from those two experiences at the Tour," Bennett remarked with no lament.

"What doesn’t kill you makes you stronger, it made me understand that to succeed in this sport, you have to turn every negative into a positive."

In 2017, Bennett did indeed turn a corner, with the now defunct Net-App team morphing into Bora Hansgrohe and adding the likes of multiple World champion Peter Sagan into their ranks. Here Bennett knew he could strike out on his own, on his own terms.

"I felt that I could do my own thing, within reason, Peter would be the main man of course but there would be room for me to get the odd win."

To say to win the the odd stage would be a massive understatement, as the 2018 season saw Bennett make his second Grand Tour debut at the Giro D’Italia, winning three stages and beating the dominant home favourite Elia Viviani in each of those occasions. Like Kelly’s rivalry with Eddie Plankaert and Eric Vanderaerden in the 80s, Bennett versus Viviani is matching those classic days as both men seem hell-bent on beating the other.

"There are good sprinters out there, but I have to say Viviani is up there as one of the best. I know when he’s in the race I have to give it full gas to beat him."

He lost to him in the recent Surrey Classic in August.

"I know it is not always easy to beat him but I know also, and maybe (laughs) he knows I have his number… sometimes," says Bennett.

There is no ego with Bennett. He comes across as a jovial and humble guy, his feet firmly rooted to the ground, like his erstwhile native compatriot Kelly - a product of the hard grit of Carrick.

I ask him maybe this tough environment shapes you to suffer, especially in adverse conditions.

"I can say that the heat (Kelly would suffer also) is not my favourite type of weather but as a professional cyclist, you have to be ready for all kinds of conditions," he laughs.

As 2019 slowly comes to a close, the Vuelta a Espana, a key race and a new contract with a new team on the horizon, Bennett is leading the bunch of the new generation of talented cyclists, (he would defeat the young and talented Eddie Dunbar at the recent Irish Nationals). This new breed has Ireland placed in a strong position with the World Championships on home soil - well Yorkshire - that has seen Ireland field a unprecedented seven cyclists for the Road Race. Bennett will be there and if a team is prepared to work for him, then we could well see the first World Champion of the Millennial/Generation Z and the second in Irish colours. For it was that famous day 32 years ago in Chambery when a Carrick man sacrificed his own chances for a Dundrum man as Kelly did for Roche in 1987. Could it be this time a Cork native in Dunbar or Ryan Mullen with the Scouse lilt helps Bennett win gold in Yorkshire? The way Bennett is sprinting at the moment, you wouldn’t put it past him.