Rhys McKee joined OTB AM ahead of his UFC debut on Saturday night. The Ballymena native will me...

Rhys McKee joined OTB AM ahead of his UFC debut on Saturday night.

The Ballymena native will meet Khamzat Chimaev on ‘Fight Island’ with a four fight contract on the line.

The Northern Irish rising star took the fight at short notice with just six days to prepare for the contest.

"It's been a whirlwind few days but I’m happy to be here," McKee said after arriving in Abu Dhabi.

"We’ll probably not realise what’s happened until it’s over so we need to enjoy every moment.

"We’ve had every emotion over the last four or five days but excitement is definitely the main one."

Watch the moment Cage Warriors President @GrahamBoylan tells @RhysMcKee he's signed with the UFC, and is flying to #UFCFightIsland.

The 24-year old was tested for Covid-19 on arrival in Abu Dhabi and also described some of the other protocols put in place by the UFC.

"Coming from the airport, there was a police escort. There’s absolutely no chance that there’s anyone here that shouldn't be," he said.

"It’s amazing, it's some set up for the fighters."

McKee believes that it's testament to he and his team's hard training that they were able to take this fight at such short notice.

"You can’t say you want the UFC and then when they come calling you say no," he said.

"We’re not just here to get the tracksuits and t-shirts, we’re here to win a fight and put in the performance of a lifetime." 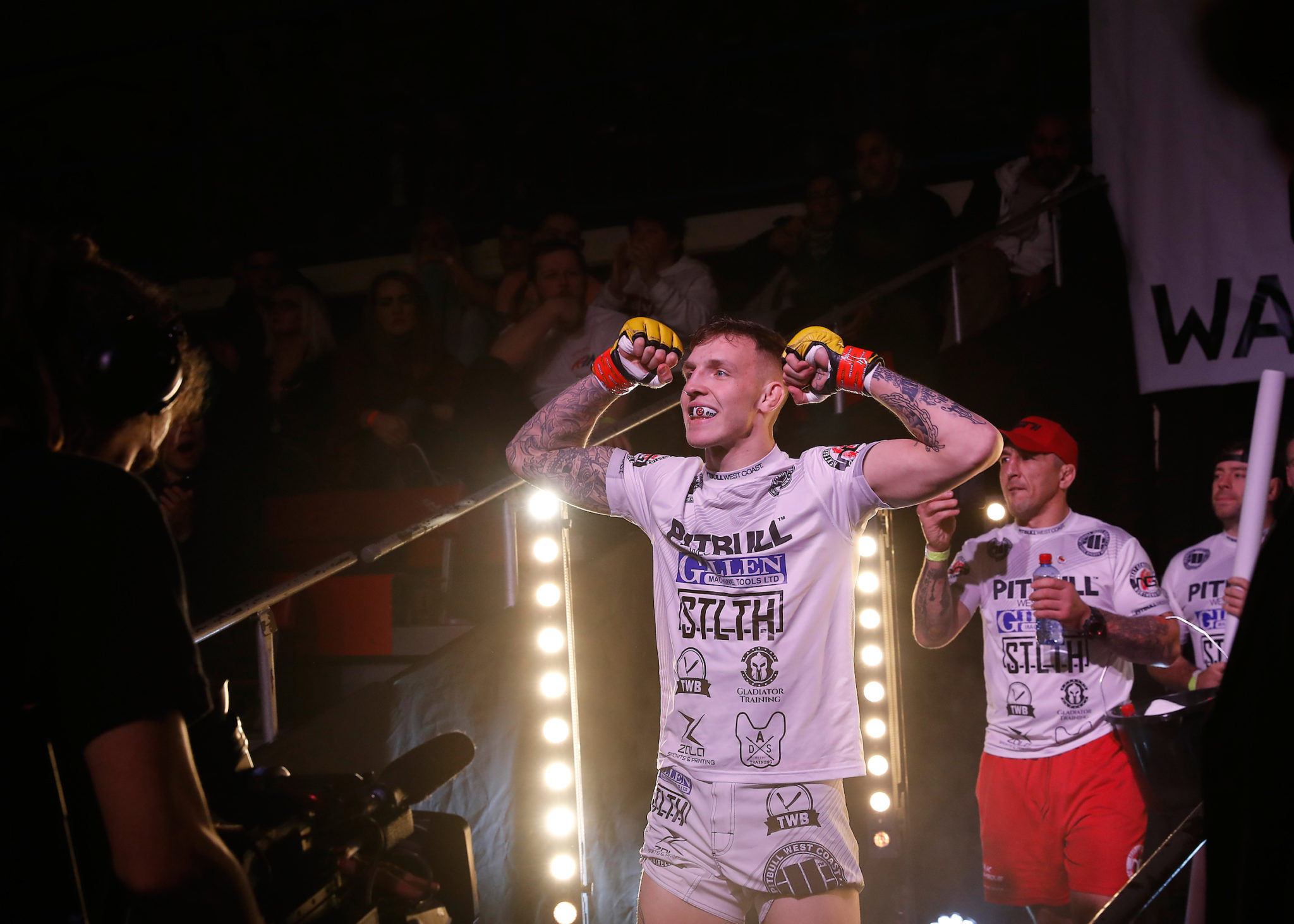 The Antrim man is a heavy underdog going into the fight as his opponent boasts an unblemished 7-0 record.

Chimaev is a 26-year-old Russian born fighter who now lives in Sweden and has earned all seven of his career victories by stoppage.

"He’s dangerous, he’s a good opponent. I know he fought ten days ago and there’s massive hype around him so it's a perfect fight," McKee said.

Being the outsider is an unfamiliar position for McKee as when fighting in Cage Warriors and BAMMA (British Association of Mixed Martial Arts) he is often a strong favourite. But, he's relishing the opportunity to "shock the world".

It will be a strange atmosphere for the event in Abu Dhabi as no fans will be present but the Northern Irish fighter doesn't think this will impact his performance.

"I think the drive I have of fighting in the UFC, live on BT sport and ESPN with the whole country behind me will be more than I ever need," he said.

McKee has in the past highlighted his move from 155lb to 170lb as a key factor in his efforts to make the UFC roster.

Supporting a 6’1 frame, he previously depleted himself to make the lightweight limit.

During the summer of 2018, OTB’s Niall McGrath documented the final stages of his weight cut.

The welterweight contest between McKee and Chimaev will be on the undercard of the Darren Till and Robert Whittaker clash on Saturday night. A surprise victory for the Northern Irishman would be an incredible way to start his UFC career.