Katie Taylor has defended her unified world lightweight titles with a close but unanimous decision victory over Natasha Jonas in Manchester.

The Bray native, whose last outing came in the form of a unanimous decision victory over Miriam Gutierrez in November, had already competed against Jonas on two occasions as an amateur.

Their third encounter, in the professional ranks, did not disappoint. 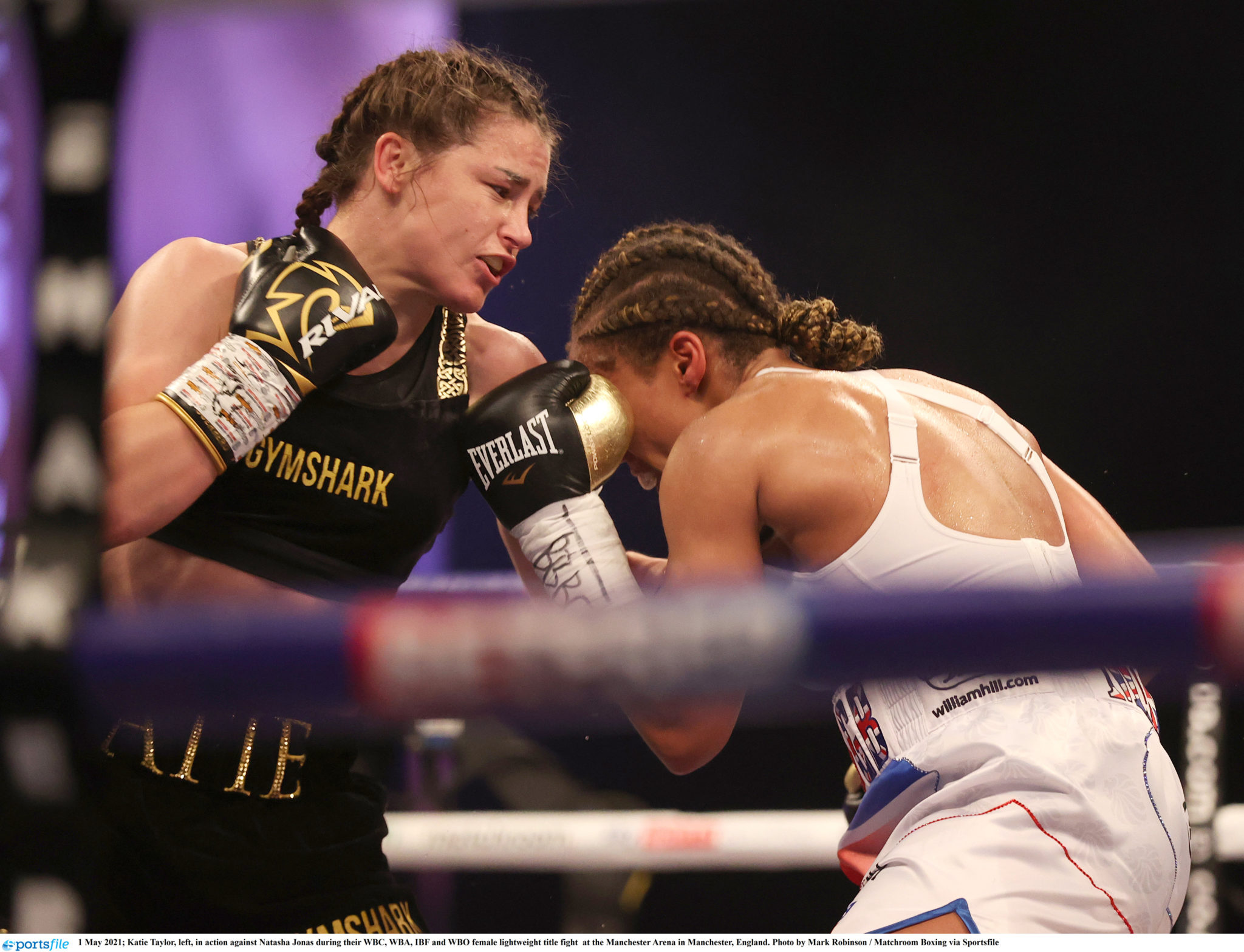 After a cagey opening two rounds, both fighters landed shots in the third as the action heated up with Taylor lading a left hook to close out the fourth round.

Jonas was criticised for being too patient and respectful of Taylor during the middle rounds, by potential future Taylor opponent, Amanda Serrano.

That changed in the sixth as the challenger began to let her hands go with a little more authority, landing to the body and head of Taylor.

This continued in the seventh as Jonas continued to press the action, while Taylor exhibited her vaunted hand speed and volume punching.

The champion continued to string combinations together as the action unfolded, bloodying the nose of Jonas in the ninth frame with two well-placed counter right hands. 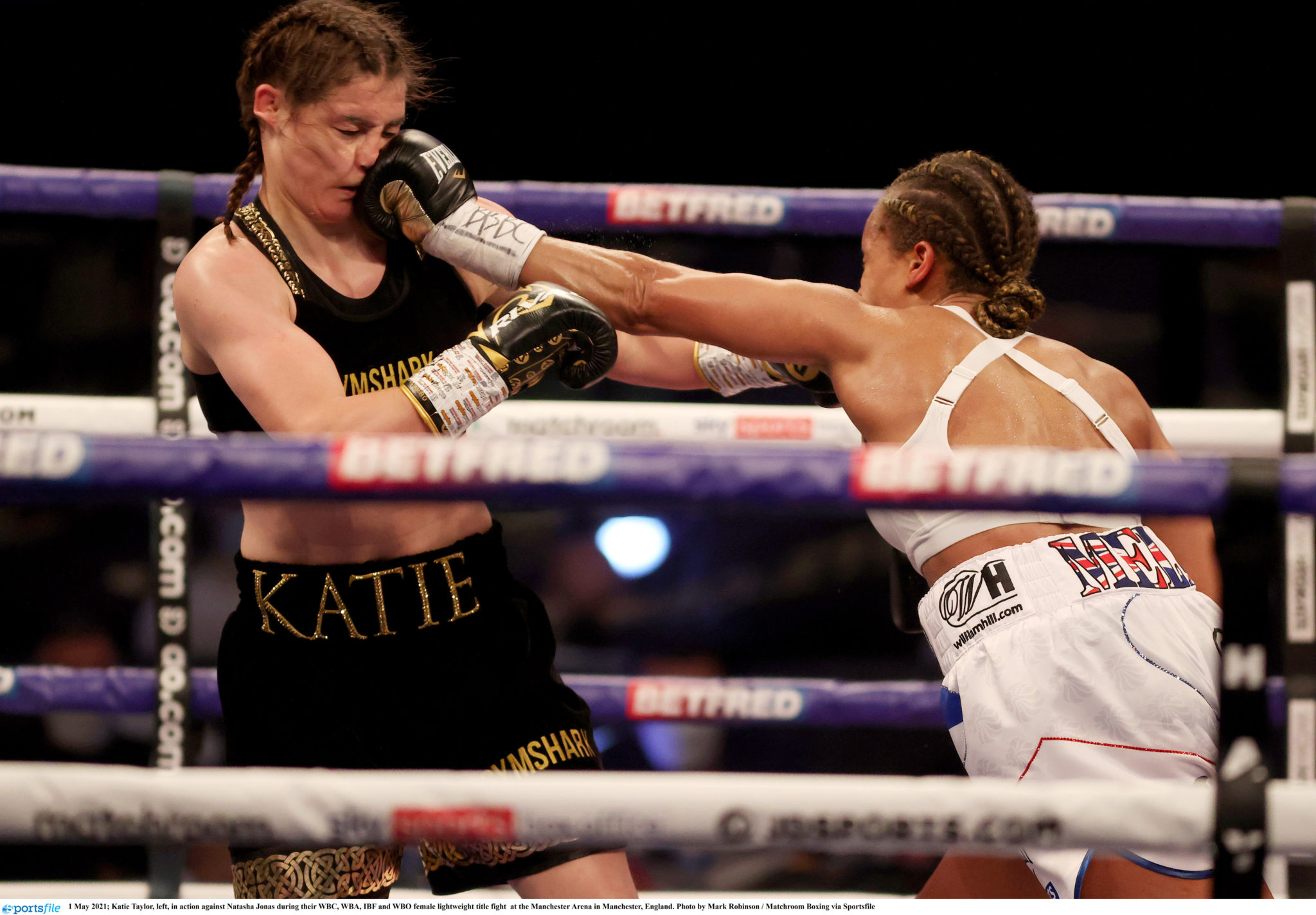 The final round took place at a frantic pace with both fighters trading punches repeatedly looking to show the judges that they were deserving of the win.

With the victory, Taylor retained her undisputed lightweight title. The Irishwoman extended her unbeaten streak as a professional boxer to 18-0.

Taylor cited her ability to overcome adversity and perform down the stretch, in her post-fight interview following the bout's conclusion.

"Every time me and Tasha fight it is an edge of your seat fight," Taylor said.

"I had a slow start but dug deep and won the championship rounds. I showed heart in the end."

Find out how the world reacted to Taylor's brilliance below.

What a fight! Great performance from both. Delighted to see Katie Taylor get the win. The right call.

Some advertisment for boxing folks, what a fight between #TaylorJonas @MatchroomBoxing Katie needed to dig deep and she did, she finished very strong in the end. What a very entertaining fight that was. @SkySportsBoxing

Great fight tho both women fought hard. I thought it was a unanimous decision like it was but by bigger numbers for Katie

Massive congrats @KatieTaylor the heart and determination she showed at the end of each round just shows you why she so special, forever doing this country proud 🇮🇪 #TaylorJonas @DAZNBoxing @SkySportsBoxing

Absolutely cracking fight and KT wins it 7-3 for me.

My word. What a freaking fight. 6-4 Taylor? Incredible action from start to finish. Brutal shots landed by both.

What a fight, amazing advertisement for boxing! KT by two for me 👏🏼👏🏼 #TaylorJonas