The US is about to celebrate Thanksgiving, a traditional line-in-the-sand in the NFL regular season, after-which teams sink or swim in the final run-in to the playoffs.

OTB AM checked in with Mike Carlson to find out which teams you should be watching in the coming weeks.

The Baltimore Ravens ride into week 13 with an impressive 9-2 record and a quarterback on a hot streak. That CV includes an emphatic win against Super Bowl favourites, The Patriots.

Rookie Lamar Jackson is in the middle of a break-out season - offering both a traditional throwing game and a devastating run-threat. 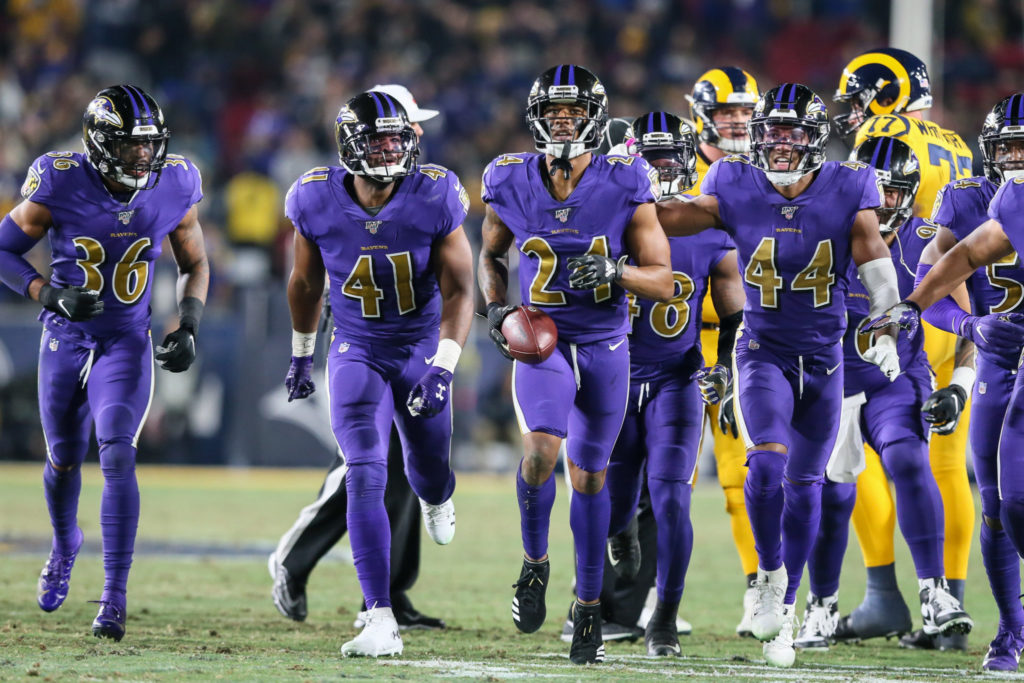 He's at the cutting-edge of the trend towards QB's with speed and flashy footwork on top of a passing game in the NFL.

Carlson compared him to Colin Kaepernick during the season when he guided the 49ers to the SuperBowl.

Jackson is being coached by Greg Roman who was the offensive coordinator who designed the 49ers attack during that period.

Speaking to OTB AM, Carlson also pointed out that before snapping-up the 22-year-old QB, they assembled an, "An enormous and effective offensive line," who have created a platform for him to shine.

The Ravens also have weapons right across their attack to keep defences guessing.

This is paired with a traditionally gritty (and recently strengthen) defensive line.

Carlson believes that we could be heading towards a 49ers vs Ravens final in February.

The bedrock of their improvement has been a mean "stifling" defence.

While the acquisition of wide receiver Emmanuel Sanders has helped to refine their offence.

This morning, Mike warned that to date they have been, "Finding ways," to win, while the Ravens have "steamrolled sides." San Francisco's record is 10-1 ahead of their Sunday night clash with Baltimore.

The key to following the side will be seeing if all its components can click and if Jimmy Garoppolo (Tom Brady's former Patriots understudy) can prove that he's one of the best QBs in the league:

"Can Jimmy G rise to the occasion, and play at the top level against the top teams? Right now, I think the answer to that is probably, 'Yeah he can,'" Mike Carlson concluded.