Statistically he remains, the most successful driver of them all a dozen years after his first retirement from the F1.

The former Ferrari, Benetton and Mercedes driver racked up a record-shattering 91 race wins. Those underpinned his seven World Driver's Championships. That's two clear of Lewis Hamilton and Juan Manuel Fangio who are next on the all-time list.

The current status of the German's health remains unclear following the injuries he suffered in a skiing accident in Switzerland in December 2013.

But in a fresh update, the Schumacher family have released a statement, stating that, "you can be sure that he is in the very best of hands and that we are doing everything humanly possible to help him".

They also released a new app linking to a virtual museum, highlighting his many achievements in motorsport.

But how well do you remember where he scored his race victories? Schumacher recorded those 91 race wins in well over a dozen countries or principalities. But can you name those countries? You've got 3 minutes... so click the image below to get started. 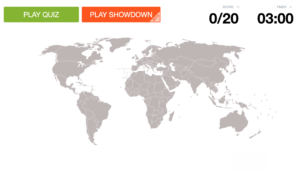 "Rory's not taking all things into consideration" | McGinley on Ryder Cup