‘Take the politics out of sport? I don’t think you can’

Politics and sport are intrinsically linked, and therefore calls to ‘leave politics out of sport’ will always go unanswered, according to Cliona Foley and Ciaran Ó Raghallaigh.

In his column for the Independent, Neil Francis criticised the upcoming Olympics as one that he believes will be filled with protests, in particular stating that ‘The sports arena is not the place to make a stand or take a knee’.

However, with iconic sporting moments like Tommie Smith and John Carlos raising their black-gloved fists in 1968, or the 1995 Rugby World Cup final trophy lifting ceremony, there are examples of sport and politics being linked long before the idea of taking a knee became popular.

For sportswriters Cliona Foley and Ciaran Ó Raghallaigh, the idea of taking politics out of sport is an impossible notion.

Speaking on the Sunday Paper Review, Ó Raghallaigh suggested that everyone should be able to voice their opinions and stand up, or indeed kneel, for what they believe in.

“The idea that it is 2021 and we are still talking about the fact of sport in politics, or people having an opinion is ridiculous,” Ó Raghallaigh said.

“[People suggesting] that it shouldn’t be allowed it just bonkers. I can’t even believe this is on paper to be honest.

“We all know that what is bad is bad, and we can choose to stand up for what we want to stand up for; no sportsperson can stand up on a podium and just go through all of the problems in the world.”

For Foley, who joined Ó Raghallaigh on the Sunday Paper Review, the memories of iconic, political sports moments are some of her most memorable sporting moments.

“I still think that Tommie Smith and John Carlos in 1968 is one of the most powerful things I’ve ever seen in sport,” Foley said.

“I think there is a place in sport [for taking a stand]. That is one of the things I like about [Naomi] Osaka, apart from the fact that she is a brilliant tennis player.

“I actually like the fact that she stood up for what she believed in and made political statements. I think that is one of the things that makes athletes, why shouldn’t they [stand up for what they believe in]? They are perfectly entitled to do it.” 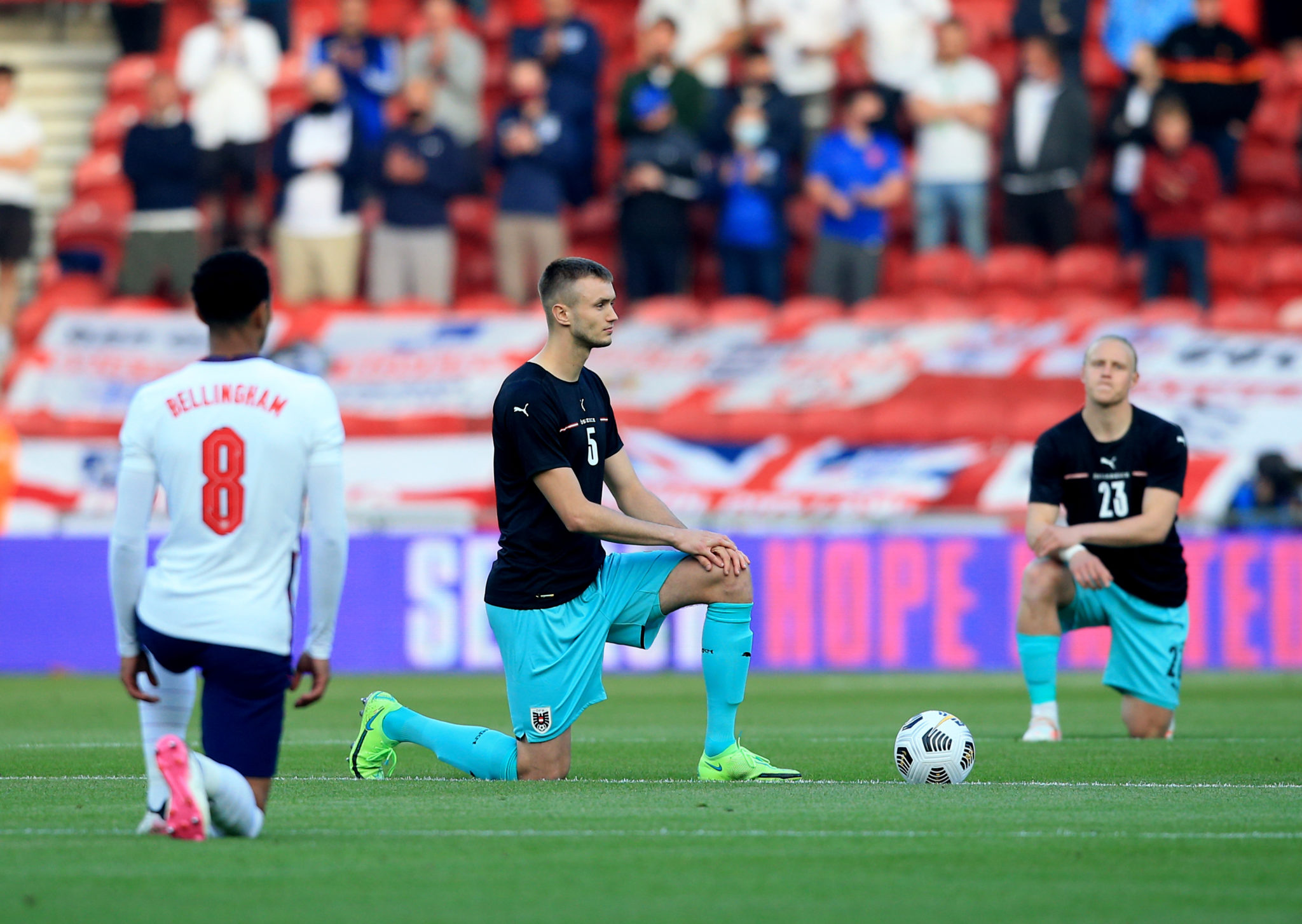 Austria's Sasa Kalajdzic takes the knee ahead of the International Friendly at The Riverside Stadium, Middlesbrough. Picture date: Wednesday June 2, 2021.

For Foley, individual identity is linked to wider politics, and so, with sport being linked to one’s identity, it will always be linked to politics.

“Sport is always about identity,” Foley said. “With identity comes politics, and they will always be interlinked.

“I have a Macedonian friend, it is now North Macedonia, and I am going to be following North Macedonia now in the Euros, because Ireland now is such an open place, I think there will be lots [of different supporters].

“There are so many immigrant communities, particularly Polish communities, something that gives me great joy is seeing their fans out supporting their teams at major championships.

“That is the very opposite side to Neil Francis’ attitude, because sport and politics are just in our DNA to identify with our nationality.

“You hear people saying, ‘take the politics out of it, take the flags out of it’, but I don’t think you can,” Foley added.

“Those moments of national pride are a key part of what the Olympics are about. Even the fact that you have a refugee team in the Olympics is interesting and always strikes me emotionally.”