Watch: "I didn't know if I'd hold a racket again" - Petra Kvitova all but completes miraculous return

"I can't believe I've played the final of a Grand Slam again," a tearful Petra Kvitova announced after her Australian Open final defeat to Naomi Osaka.

In her post-match remarks, however, the beaten Kvitova, appearing relatively unconcerned with her narrow defeat, reflected on the magnitude of what she had overcome to reach this point, again.

"To my team," Kvitova began, "thank you for everything, but mostly, thank you for sticking with me even when we didn't know if I would be able to hold the racket again."

Bringing about a rapturous applause from the Melbourne crowd, that only a little more than two years had passed since Kvitova was the victim of a knife-attack in her home was lost on nobody watching. 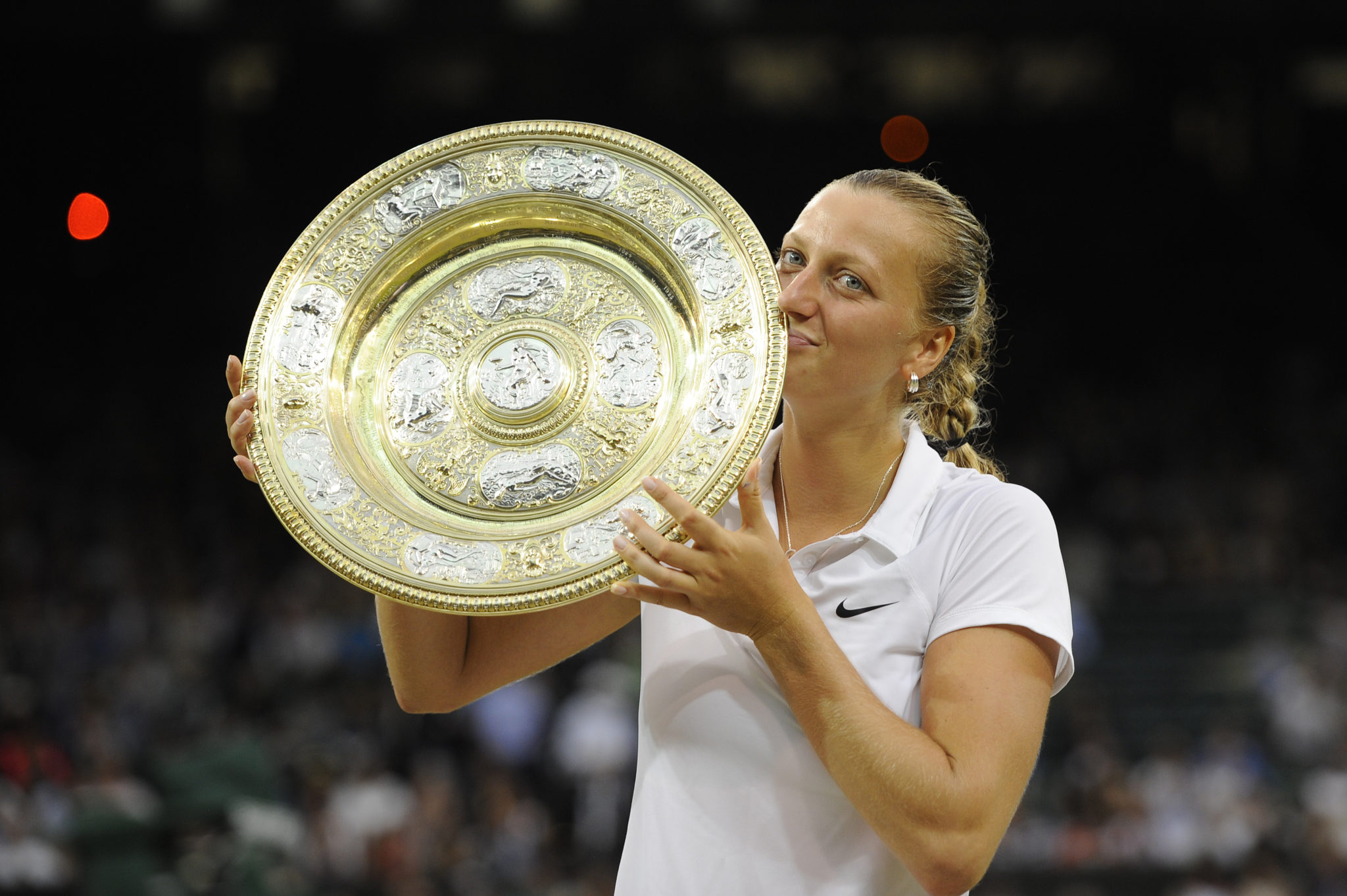 Kvitova after defeating Eugenie Bouchard to win the 2014 Wimbledon crown.

A two-time Wimbledon champion (2011, 2014), Kvitova had been sitting down to breakfast in December 2016 when an assailant conned his way into her Czech Republic home.

Proceeding to steal £155, Kvitova, who fought back against the knife-wielding man, suffered cuts to her playing hand, sustaining damage to the tendons of her left hand.

Undertaking an arduous road to recovery, Kvitova's journey to this point has scarcely been smooth. In a 2017 interview with The Guardian, she disclosed how her initial optimism for a full recovery was blighted by the realisation that certain aspects of her injuries would be cured by time alone.

"My doctor told me that many other experts thought that I would never ever play," Kvitova revealed.

"He didn’t want to tell me – and that was a good decision for my mental state of mind.

"The week after surgery I asked my doctor: ‘Do you think I could play in Wimbledon this year?’

"He didn’t answer for a while and then he said: ‘We are going to work on it and blah, blah, blah.’ I understood then that it wasn’t going to be easy."

Although she would make it as far as the quarter-final of the 2017 US Open, 2018 had seen Kvitova get no further than the 3rd round in any of the annual slams.

While defeat to Osaka will undoubtedly frustrate her competitive instincts (it was Kvitova's first Grand Slam final defeat), the 28-year-old Petra Kvitova may now look forward safe in the knowledge that she is one more playing among the game's very best.

You can watch a video of Kvitova's post-match comments below.

"We didn't even know if I would be able to hold the racquet again."@Petra_Kvitova's comeback story is one in a million 🌟#AusOpen pic.twitter.com/XLz2tc703i

€5.5million raised by tennis governing bodies for players in need

Australian Open could be played behind closed doors say organisers

Novak Djokovic says he opposes vaccinations; may halt his return to tennis