Before Anthony Joshua vs Andy Ruiz I, Paulie Malignaggi was one of the few to suggest that the la...

Before Anthony Joshua vs Andy Ruiz I, Paulie Malignaggi was one of the few to suggest that the latter had a chance of upsetting the applecart.

That came true. But does Malignaggi think Ruiz can beat Joshua again?

The former two-weight world champion joined Ronan Mullen on Off The Brawl to give his verdict on the tactical battle.

He touched first on Joshua's game-plan and how he can approach the challenge in a better way.

"I do think AJ has to impose himself more from a boxing standpoint than from a physical standpoint," he said. 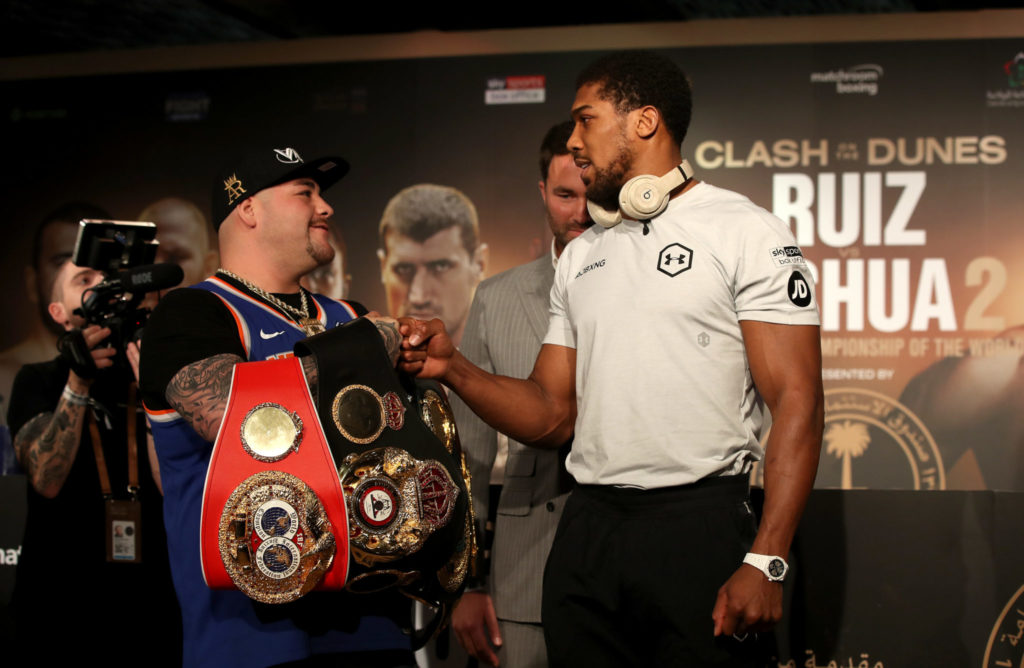 Ruiz brought the element of surprise last time. But with Joshua now well aware of his threat, how does that change the dynamic?

"I don't think so," Malignaggi replied about the impact of the reduced surprise element.

"I don't think the element of surprise - even though he can't rely on it this time - it's always superseded by the pride in your culture.

"The pride in your culture comes from all the great fighters who come from that culture in the past.

"I expect a motivated Ruiz regardless of anything. I don't think him not being able to surprise Joshua is going to affect his mindset."

You can watch Paulie Malignaggi's full fight preview via Off The Brawl above.

Anthony Joshua says Ruiz "won't get back up" in rematch