Record-breaker Kevin O’Brien has decided to step away from One Day International cricket to foc...

Record-breaker Kevin O’Brien has decided to step away from One Day International cricket to focus on T20 and Test cricket.

The legendary all-rounder from Dublin finishes his ODI career having appeared 153 times in that format, amassing 3,618 runs (Ireland’s third-highest ODI run scorer) while taking 114 wickets – ending as Ireland’s highest wicket-taker in ODI cricket (Boyd Rankin is second on the list with 96 ODI wickets).

To further underscore his all-round contributions to Ireland's 50-over squad, the 37-year also finishes with most number of catches in the field (68) in ODI cricket, and even captained the side on four occasions, registering three wins.

"After 15 years playing for Ireland, I feel now is the right time to step away and retire from ODI cricket," said O'Brien in a statement on Friday.

"It has been an honour and a privilege to represent my country 153 times and the memories I take from them will last a lifetime."

While there are debates about his most impactful innings in ODI cricket, few will doubt his most memorable was the record-breaking 113 in the 2011 ICC World Cup against England. 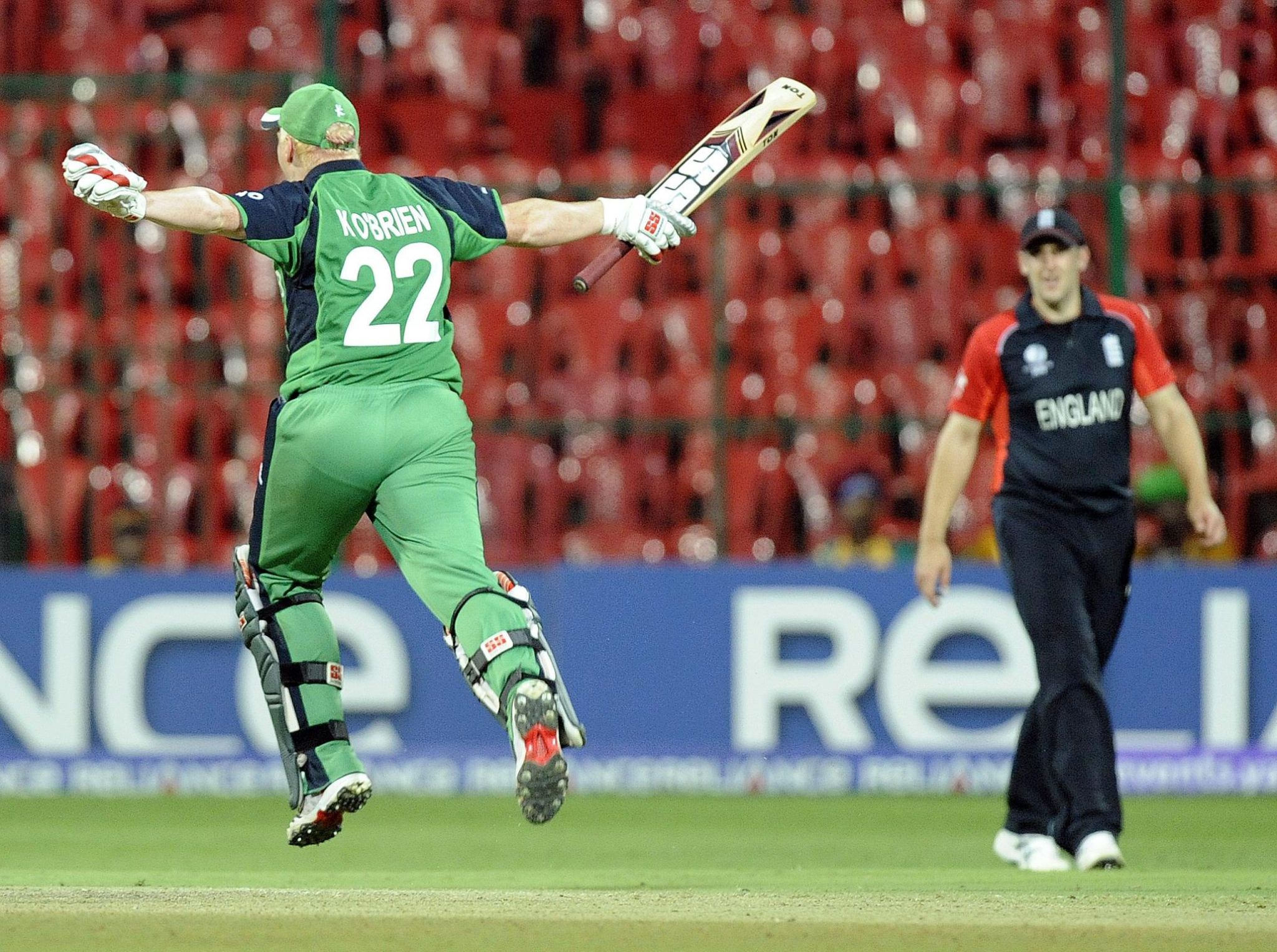 During the innings he brought up his century off just 50 balls which, ten years on, is still the fastest century ever achieved at a World Cup.

O’Brien, whose father Brendan and older brother Niall played 51 and 216 times for Ireland respectively, made the decision to close the book on his ODI career to concentrate on T20 cricket, and in the hope of adding to the three-Test caps he has to date.

"This has not been an easy decision, but after ongoing consideration I don’t feel I can contribute to the ODI team as much as I have in the past," added O'Brien.

"The hunger and love for the ODI format is no longer the same as it was and it wouldn’t be fair to Andrew, Graham, the team and our supporters to continue to play while no longer feeling at 100%.

"I’ve had some unbelievable moments with the team since 2006 - the three World Cups, the personal successes and spending time travelling and playing all over the world, but I will now shift my focus and remain fully committed to T20 cricket - with two world cups in the next 18 months - and hoping to add to my three caps in Test  cricket."

Head Coach of the men’s international side, Graham Ford, praised O'Brien for his contribution to the sport in Ireland.

“Kevin has played an enormous role in the development of Irish cricket and has delivered regularly on the world stage - particularly in the ODI format," said Ford.

“It’s been a pleasure to work with him as part of the ODI squad, and he has been a true role model for many teammates over the years.

“I look forward to continuing to work with Kevin in other formats, and while his decision to step away from ODI cricket is sad, he can do so in the knowledge that he leaves an indelible legacy on the ODI game in Ireland and around the world.”

The capatain of the Irish team, Andrew Balbirnie, said that O'Brien was a hugely influential charcter within the squad.

"We’re losing a big figure in our ODI squad – someone who has played over 150 ODIs for Ireland, and has been there since the very first one in 2006. He’s someone a lot of us in the team, and many who have gone before us, have looked up to," said the skipper.

"He’s consistently put in the big performances on the biggest stages, and he’ll always be remembered for that amazing world cup innings in 2011 – and that innings alone probably gave many of us the opportunity to become professional cricketers in Ireland. I think everyone within Irish cricket owes a huge amount to Kevin O’Brien for what he’s done for the sport in this country.

"I’m delighted that he’ll still be playing T20s and Test cricket for Ireland, because he’s a big player in those formats and I have no doubt he will make many more contributions in those formats of the game.

"We’re losing a big personality in the ODI squad, and a really good friend, but this is not the end of Kevin O’Brien and I look forward to seeing what he can do in the other two formats."