The complicated Australian enters Wimbledon with the tennis public's patience towards the Canberra native wearing increasingly thin. No matter, Nick Kyrgios has seldom cared less about his doubters, nevermind the general perception of him.

"He's the most arrogant person ever". That's Nick Kyrgios... speaking about court rival Fernando Verdasco. It's difficult to decipher the specific issue which irks Kyrgios so, but he finds the Spaniard rude and aloof along with lacking the appropriate levels of humility or perspective.

These are all character traits which Kyrgios hates, especially in tennis players. It's only a game, after all. That's the Kyrgios perspective. And anyway, Verdasco's backhand is "pretty average" according to the Aussie, so why does this guy think he's so special?

Poor old Verdasco was just one of Kyrgios' honest assessment victims from his now infamous chinwag with presenter Ben Rothenberg on the No Challenges Remaining podcast last month in Rome. Kyrgios is a deep thinker and his insight generally unravels organically, certainly so in this instance. In other words, he was in his element.

Then, the very next day, Kyrgios self-destructed spectacularly at the beginning of the third set of his Italian Open second-round contest against the qualifier Casper Ruud after smashing his tennis racket repeatedly, shouting expletives and angrily flinging his chair onto the court, before finally walking off.

The aforementioned conversation with Rothenberg was sandwiched in between this moment of madness and Kyrgios' first-round win over the highly-regarded Daniil Medvedev, where the Australian demonstrated his considerable ability, audaciously executing an underarm serve en route to victory. 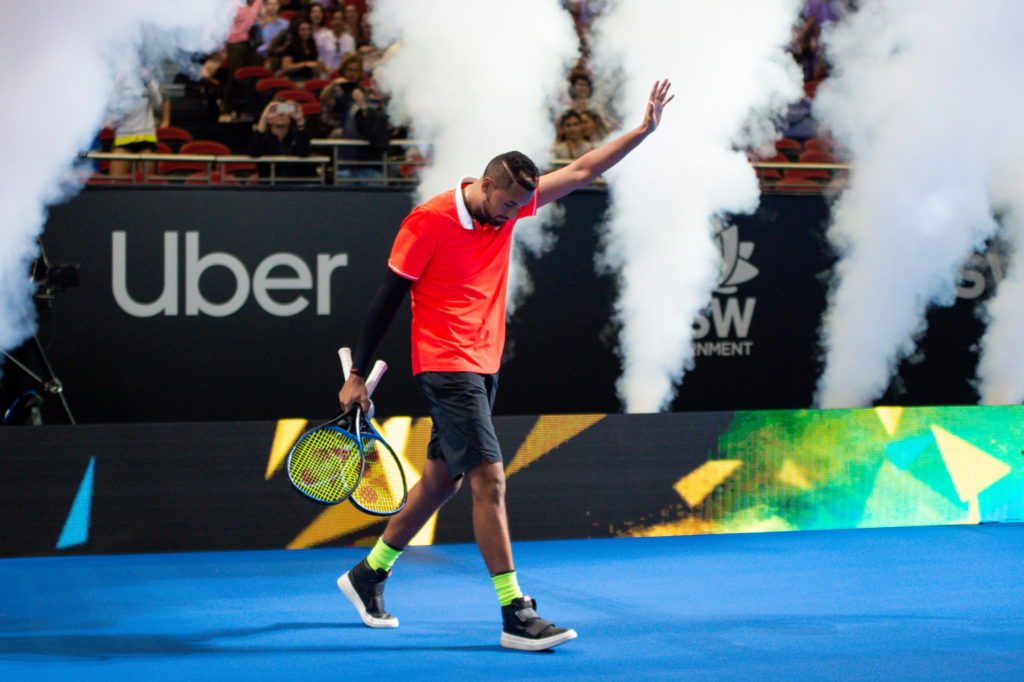 The 24-year-old starts Wimbledon on Monday unseeded - but a 25/1 outsider for the crown - as he faces compatriot Jordan Thompson. The winner could meet Rafael Nadal in the following round, five years after the then-teenage Kyrgios sent shockwaves through the sport and created a star of himself by beating the multiple Grand Slam champion at the All England Club.

However, a potential Wimbledon 2019 showdown is spicier than a mere five-year anniversary reunion. Kyrgios' recent public comments have the game talking and an unforgiving public finger-wagging.

During the engrossing interview with Rothenberg, Kyrgios was prompted by the host to give his take on several of his peers. The world number 43 held little in reserve, questioning the authenticity of comments made by Angelique Kerber following a match of hers, labelling Nadal as "super salty" when he loses (or more relevantly, when Kyrgios has beaten him. They're currently 3-3 in their rivalry) and, perhaps most controversially, claiming that world number one Novak Djokovic has "a sick obsession with wanting to be liked".

These words make for superb soundbites but more pertinent moments emanated from the candid conversation. Namely in the fact that Kyrgios appears to despise a sport in which he is sporadically quite exceptional. 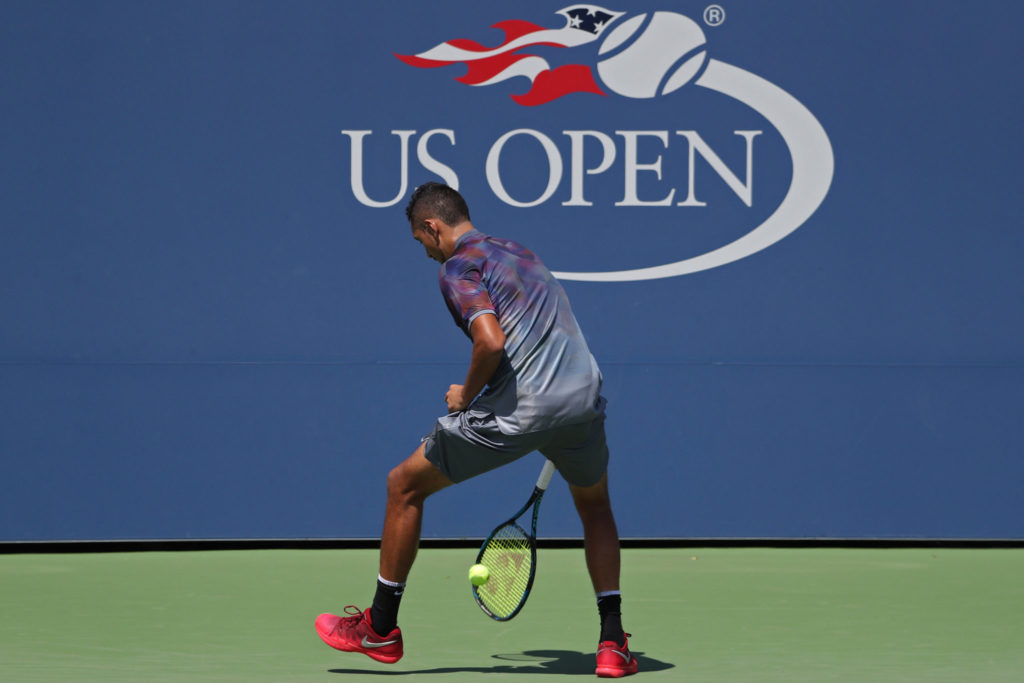 When asked about his occasional use of the largely frowned upon underarm serve, Kyrgios responded in textbook maverick fashion, nonchalantly explaining, "I'm taking the absolute piss-take out of the sport. I don't know if that's loving the sport".

And hey, who doesn't love a sporting maverick, particularly in an individual sport? Kyrgios possesses all the telltale signs of a John McEnroe or an Andre Agassi: imaginative shot-making, unorthodox style, a healthy disdain for the norm and a total disregard for authority. An uncoachable genius when racket-meets-hand.

Kyrgios does not have a coach.

But the appeal of a maverick is forever fragile and the line between spectacular and wasted talent could not be finer. Especially when you're getting nowhere near a grand slam, unlike McEnroe or Agassi or even the beautifully-flawed Goran Ivanišević. French duo Gaël Monfils and Richard Gasquet share Kyrgios' skill level but they lack his charisma, presence (this interview is fantastic) and even influence - Kyrgios has over a million Instagram followers.

He exists in an island off the far-flung maverick mainland coast.

Take the ATP 500 event in Acapulco, Mexico, earlier this year, as an example of when it all comes together for the brazen Canberra man. Kygrios won the entire tournament, beating his pal Nadal, Stan Wawrinka (who he once appallingly trash-talked as they exchanged ends) and John Isner before dispatching with Alexander Zverev in straight sets in the final.

Kygrios achieved all of the above while claiming to have been out every night of the competition.

That's when it works.

Then there's the other side, when all the natural talent unravels in favour of self-destruction, as seen recently at Queen's when Kyrgios took verbal umbrage with Irish umpire Fergus Murphy after a questionable line call during his win over Roberto Carballés Baena.

Kyrgios went on to lose to teenager Felix Auger-Aliassime in the second-round, audibly deriding himself for staying up too late the previous night playing FIFA.

"... your hat looks ridiculous also, it's not even sunny" - @NickKyrgios pic.twitter.com/CQnHQZfzp5

Even the usually positive Djokovic is at a loss to quantify this tennis conundrum, responding to the harsh No Challenges Remaining comments showered upon him by saying, "I don’t know why Kyrgios says all these things. Whether he is seeking attention or has some other motive."

Ask Kyrgios' great circuit pals Andy Murray or Thanasi Kokkinakis and they'll tell you that you're simply dealing with an individual who speaks his mind. Ask the general public their current perception, you'll likely hear an awful lot about disrespect.

It was all so different before for a player once ranked as high as 13th in the world.

The youngster burst onto the senior scene at the start of 2014, impressing in the early rounds of the Australian Open having made a name for himself by winning the boys' tournament in Melbourne a year prior along with the 2013 boys' doubles title at Wimbledon.

The 19-year-old was seen then as a high energy home hero and a much-welcomed antidote to fellow countryman Bernard Tomic, whose questionable temperament had tested his nation's patience once too often. Sound familiar? 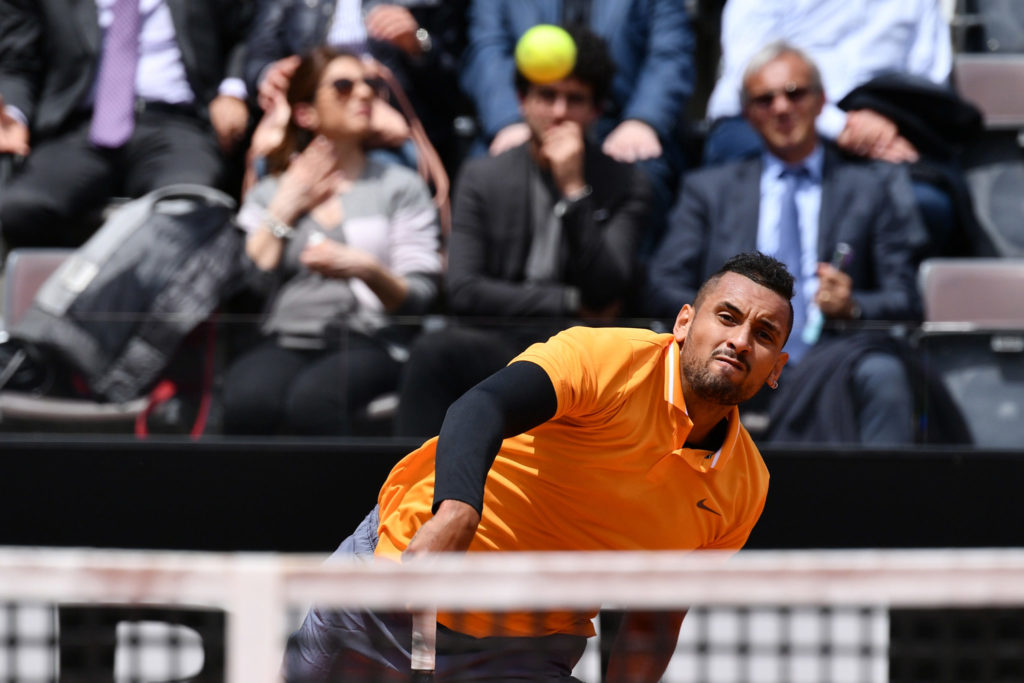 Since Kyrgios' brilliant run at that year's Wimbledon, where he was eventually stopped by Milos Raonic in the quarter-final stage, only occasional moments of wonder have occurred while his motivation has since dissipated in the extreme.

He reached the last eight of the 2015 Australian Open and, most tellingly, created modern history by defeating Roger Federer, Nadal and Djokovic the first time he played each of the game's Big Three, including two unanswered wins over the Serbian.

Oh, what could be?

The truth is, Nick Kyrgios is just not that curious about why you might dislike him but it may already be too late if ever he does decide to prove his doubters wrong.

Next stop on the box office express train, Wimbledon.

And so concludes the most bizarre US Open - it was wild

WATCH: Novak Djokovic breaks down crying at his own tournament