'It makes a mockery of Formula One' | Is F1 a sport or entertainment? | Jess McFadyen

The freedom with which the FIA acted in changing the rules on Sunday could spoil what made this season great, according to Formula One journalist Jess McFadyen.

'It makes a mockery of Formula One' | Is F1 a sport or entertainment? | Jess McFadyen

The freedom with which Michael Masi and the FIA acted in changing the rules in the final race of the season could spoil what made this season great, according to Formula One journalist Jess McFadyen.

Max Verstappen was named Formula One world champion following a final lap overtake in the final race of the season on Sunday.

The crucial overtake happened after the safety car, which entered the field following an incident Nicholas Latifi, left Hamilton only just ahead of Verstappen, with Hamilton on old tires as he had not pitted during the safety car laps.

However, this was controversial, as the FIA and race director Michael Masi changed the rules of the safety car, which Mercedes had based their decisions around pit-stoping on,  and allowed the five cars in between Hamilton and Verstappen to unlap themselves before the safety car came off.

This effectively gave Verstappen an advantage to overtake the leader with his fresher tires in the final lap.

While the move was made in order to ensure the entertainment and spectacle of the race, McFadyen believes that this could have a negative impact on the sport.

Speakin on Monday's OTB AM, McFadyen explained the unusual nature of what happened in those final five laps.

"For us in the media centre, we were pretty shocked," McFadyen said. "I've never seen anything like it. I think that the problem that we've got is with the consistency and the FIA essentially deciding the championship.

"There were some misgivings and confusion. Michael Masi originally said that the lapped cars that were in between Max and Lewis at the time that the safety cars were called weren't going to be able to unlap themselves, get out of the way and essentially bunch Lewis and Max back together.

"With very few laps to go, the call was made that only the cars between Lewis and Max could unlap themselves and the rest were essentially in the mixed field.

"That is where I think we are in the position where we are saying, is that correct? Should the FIA race director be able to essentially influence the racing?"

What worries McFadyen about the conclusion of the race was just how much of an impact on the outcome the race director had.

"In this example, there is a question mark about whether this was fair?" McFadyen said. "Was it fair that only part of the rule was used in terms of the safety car restart?

"The really worrying this as well was that this season we were able to listen to the FIA radio between base control, Michael Masi, and the teams.

"It very much sounded like the teams were lobbying Michael Masi in order to influence his decision on what he was going to say was going to happen. That shouldn't happen! You wouldn't find that in any other sport." 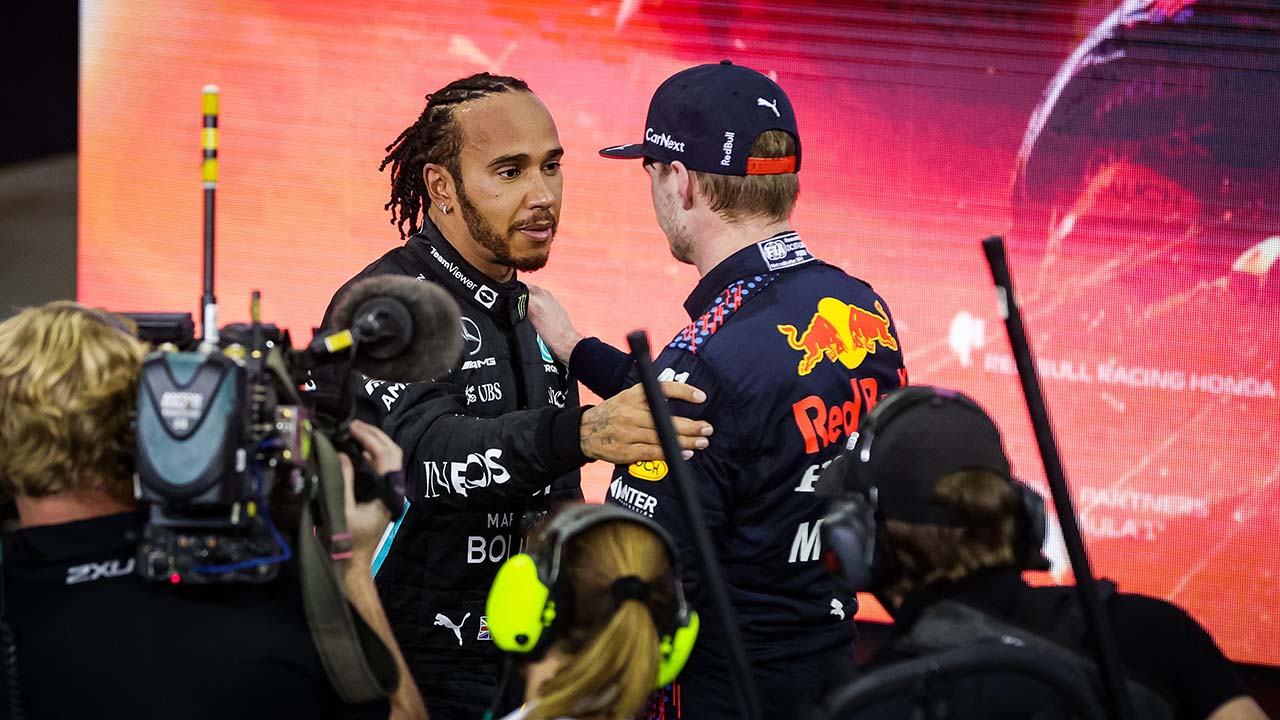 There is no win-win for Formula One here

Neither Verstappen nor Hamilton did anything wrong in terms of what they were permitted to do by the race director. However, McFadyen believes that the circumstances will result in a no-win scenario for the sport and the drivers.

"I don't see a win-win situation in this," McFadyen said. "[Verstappen] and Red Bull did nothing wrong. They were only following the rules.

"Mercedes, also, were massively put out by the fact that the regulations that they thought were going to be followed were changed on a whim because we wanted entertainment.

"That is the thing that is going to stick hardest for most people. Is this a sport, or is this entertainment? Last night, what we saw was kind of entertainment."

The rules of Formula One were altered for the sake of entertainment, which could result in the Drivers' Championship being resolved in court.

For McFadyen, this would be a truly sour end to one of the best seasons of Formula One in recent history.

"We might see this all turned around in January, February time, and the result completely changed," McFadyen said.

"That, I guess, would be an absolute travesty for Formula One. It makes a mockery of Formula One. After everything that we have seen with the increased attention brought to this season, it has been amazing.

"It would be such a shame for it to end on such a sour note."