Eddie Jordan has spoken to Off The Ball about the greatest driver he has ever seen, with neither ...

Eddie Jordan has spoken to Off The Ball about the greatest driver he has ever seen, with neither Ayrton Senna or Michael Schumacher topping his list.

The founder and owner of Jordan Grand Prix, who competed as a constructor from 1991 to 2005, spoke to Joe Molloy on the show last night, and his opinions on the greatest driver of all-time may come as a surprise to some.

"When you say that... there were a couple of things. Michael Schumacher, I have a little issue with Michael and people often say to me 'who was the best driver I ever had'.

"We talk about Frentzen, Fisichella, Barrichello and Irvine. We left a couple of people out - Johnny Herbert, who won a championship with me, and [Jean] Alesi.

"I gave up driving in 1982 and took on a young driver and brought him to Macau, gave him his first ever drive in Formula 3, and then went to Macau with another team, the Marlboro team, and we won there.

"He changed his name, from there on in he drove in Formula 1 and his name was Ayrton Senna. People don't often remember that Senna started with me, just like Damon Hill did, another world champion, and then Michael [Schumacher].

"But if you put them all together and you're asking me who do I think was the best driver... of course Michael had outstanding talent, but so had Senna.

"It's always a really difficult call to know which of the two... I'm usually one who causes some consternation or chaos with this because I believe neither of those drivers were the best I've driven against or been part of. I always come back to Alain Prost."

Jordan, who has worked with Channel 4 and the BBC as a oundit in the sport in recent years, said Prost, unlike some other big-name drivers, was a team player.

"That was Eddie Irvine, he’s a different animal."
Eddie Jordan dropped in for a chat on OTBhttps://t.co/YDEF1lWQ6E pic.twitter.com/cuZk9Zk7oD

"People kind of say 'what, is he being serious?' But you know the thing is Alain Prost won four world titles, he lost one by half a point, he lost another world title... but what I liked about Alain - he stood the test of time.

"He now works with us, he's on French television... and he's still the same guy. We were on a team in 1979, with the Marlboro world championship team, he was a young kid there like me.

"What he achieved, a young Frenchman back then, was amazing. The one point that stuck out for me more than anyone else - he never minded who his teammate was.

"He was a team player. And when I reflect back on all the contracts I had to sign with Ferrari with the great Michael Schumacher... no doubt about his outstanding talent... he lets himself down in one area for me.

"That one area was that in every contract, whether I signed with Irvine, Barrichello or whoever they were - there was a clause there that they always had to play second-fiddle to Michael Schumacher.

"I just wish for my own belief... I want him to be the best, but I can't. I just feel, somebody who had the most unbelievable natural talent, in a similar sort of level to Senna. People had more of a love-affair about Senna because they wanted to believe he was the best. 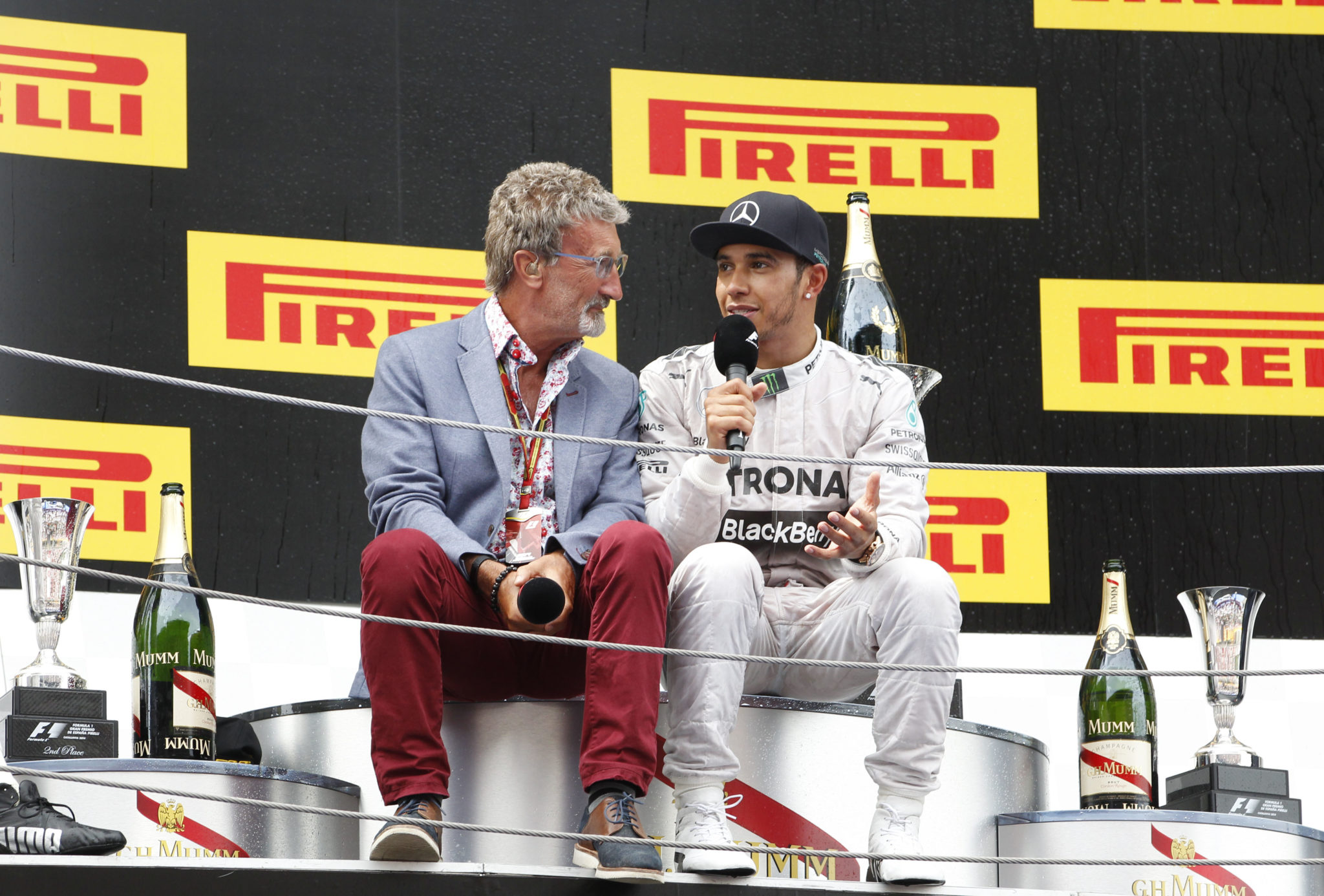 "Probably Michael was the most talented, but for me the best driver I've seen in the thirty or so years I was around the thing was Alain Prost."

The driver leading the way in the modern era is Lewis Hamilton, who secured his sixth world championship at the Austin Grand Prix last year to move one behind Schumacher in the all-time list.

"That's probably going to change very shortly because I do feel that Lewis Hamilton has achieved all of those things. Okay, in a different era where there is a monopoly - the car is quite simply staggering, but nevertheless he has maximised it.

"I would say by the next couple of months, if there is a World Championship this year, we'll see yet another champion achieving seven world titles.

"I think Lewis Hamilton has every chance to be the greatest driver of all time."