Ireland's Kellie Harrington will face Brazil's Beatriz Ferreira in a showdown for Gold in the lig...

Ireland's Kellie Harrington will face Brazil's Beatriz Ferreira in a showdown for Gold in the lightweight division at the Tokyo Olympics.

The Dublin fighter established a 3-2 lead following a cagey opening stanza which saw the referee twice call on both athletes to engage, as they felt each other out at distance. 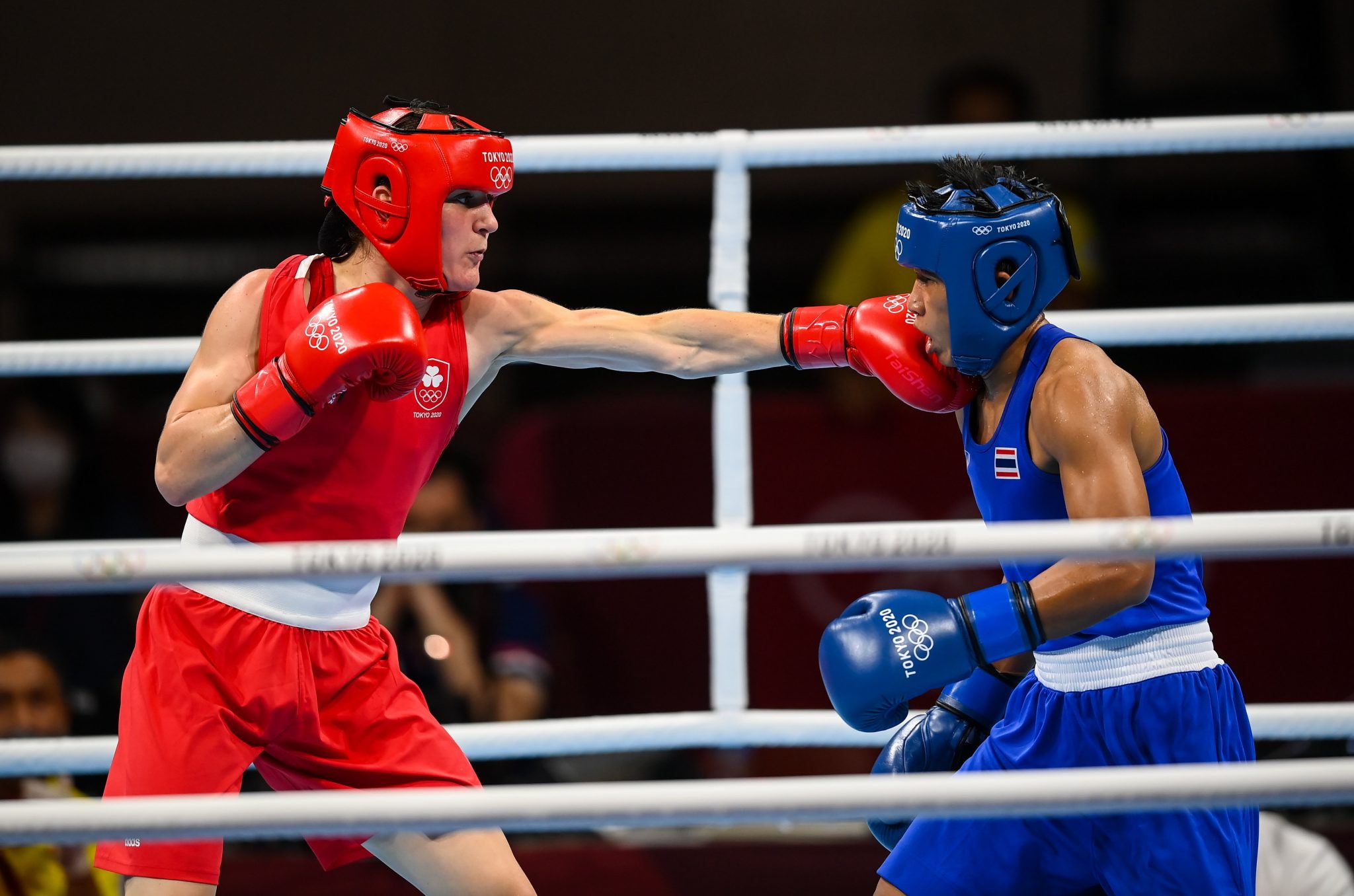 The contest intensified in the second with Harrington landing a series of hooks while weathering the storm as Seesondee raided.

As the final round started the Irish boxer was up on by two on two cards, down by two with one judge - while the remaining two called the fight as a draw with three minutes remaining.

As the action stepped-up another gear in the last round but Harrington's class won out.

'Regardless of the colour of the medal, to have the support of the people back home, to put a smile on the nation's face'@kelly64kg is thinking of those at home after win#tokyo2020 #RTESport #boxing

"Regardless of the colour of the medal, to have the support of the people back home, to put a smile on the nation's face. If I had have won in here today or not, I would have told them to keep smiling, because it's still an incredible journey. I'm just happy to be able to lift those people," she told RTE after securing her final slot.

"I know I don't look really happy because of my emotions, and my relief, I've just hit the floor."

"I can't really believe what's happening," Harrington continued, admitting that she was not in a position to offer any kind of detailed breakdown of the fight in that moment.

"I felt a little more conformable towards the end standing instead of running," she reflected commenting on her increased engagement towards the end of the tactical tie.

The Lion King references were back as she signed off "Hakuna Matata," - the phrase from the 1994 hit film which translates to 'No worries.'

Her final clash will take place at 6:00am Irish time on Sunday morning.