Katie Taylor's eagerly-awaited fight with Amanda Serrano could be staged in the back garden of pr...

Katie Taylor's eagerly-awaited fight with Amanda Serrano could be staged in the back garden of promoter Eddie Hearn.

The Bray fighter was due to face the former seven-weight world champion in Manchester on May 2, but COVID-19 had other plans.

The undisputed lightweight champion has continued her preparations while on lockdown at her new Connecticut home awaiting a new date and venue.

The fight was due to be on the undercard to Dillian Whyte's WBC interim heavyweight title contest with Alexander Povetkin.

But instead of returning to the Manchester Arena, Matchroom promoter Hearn has looked out his bedroom window for inspiration. 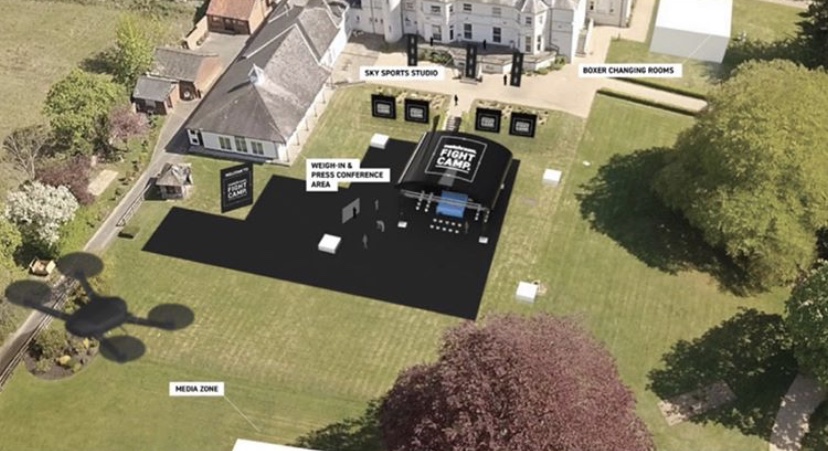 "Just imagine it", Hearn told The Daily Mail, "It is summer, the house is all lit up, you can see Canary Wharf in the distance and fireworks are going off.

"Then over the hill walk Dillian Whyte and Alexander Povetkin for a massive tear up on my lawn.

"World championship boxing in my garden? Oh, go on then."

Hearn plans to stage cards on four consecutive Saturday nights on the 15-acre grounds of his home in Brentwood in Essex.

Sky Sports will broadcast the fights, and talks are underway with Taylor's camp regarding an appearance. 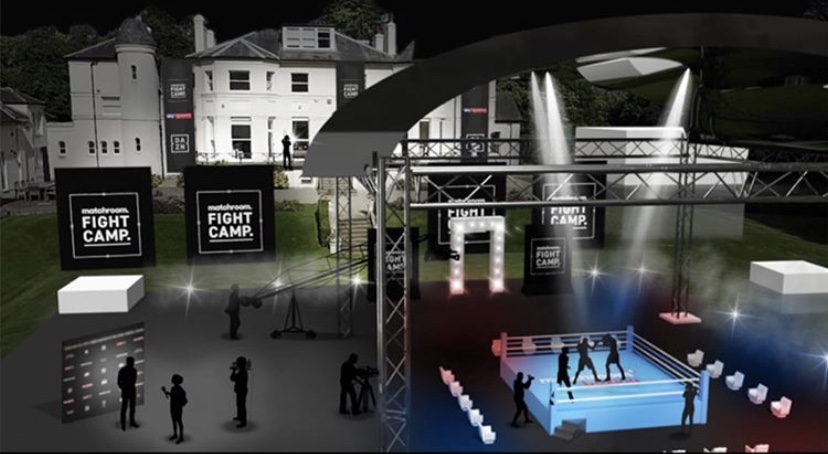 Hearn had previously talked about the possibility of boxing returning at empty arenas or in studios.

"We cannot just bring boxing back with a dark studio," the promoter now claims.

"We have built our product on the razzmatazz, the sexiness and the drama.

"It has all been about building that moment for a fight, so we cannot afford to just bring people out like a gameshow.

"We want to create a gladiatorial environment that will not only ensure compelling viewing but will also ensure fighters can perform at the highest level."

Discussions are ongoing with the British Boxing Board of Control and Brentwood Council regarding the staging of the events.

"We are going to turn our headquarters here into an outdoor venue for live boxing, with a full canopy in the middle of the garden and the ring overlooking London," Hearn said

"We are building changing rooms for the fighters, setting up a space for a ring walk, and figuring out how we can do everything you need for this kind of production with as few people as possible.

"The way it will work is everyone involved - the fighters, their teams, the broadcasters - will go into the hotel on Tuesday and the fighter and their team will go to a testing facility at the hotel.

"You will go in, get tested, be handed a room key and go straight to your room, where you will wait until you get the result of the test.

'The tests are comprehensive and they take 24 hours, so the fighter will stay in their room until they get a call from our doctors, likely on the Wednesday, with their results.

"If they are positive, they will leave the hotel immediately. If they are not, they are able to leave their room and take part in the obligations of fight week, all with social distancing."