Katie Taylor will defend her lightweight titles on November 14th

Speaking on the Boxing Social Youtube account, the Matchroom Sport managing director said that the Bray native will come up against the Spaniard in the mandatory match.

The fight has been mandatory for the champion since Gutierrez defeated Keren Batiz in November last year to win the interim WBA belt.

The venue for the fight has not been announced, however the implication is that it will take place somewhere in the United Kingdom, alongside two other world title fights.

Taylor is coming off her second victory over Delfine Persoon last month, which she won by decision, taking her to 16-0 in her three-year-long professional career.

"That will be on a standalone card in November. That will have three world title fights on it in total," Hearn said.

Hearn also said that Taylor would not be interested in an all-women's card.

"I spoke to Katie Taylor about an all-women's card. I thought that was a really good idea," he said.

"Katie Taylor looked at me like she wanted to punch me when I said that. When I started thinking about it, I understand what's she's saying.

"What they're fighting for, away from the world championship, is equality. It's not women's boxing and men's boxing – it's boxing.

"So actually, when I started thinking about it, listening to what she said, I realised that a women's-only card is detrimental in my opinion to the growth of what we're trying to do." 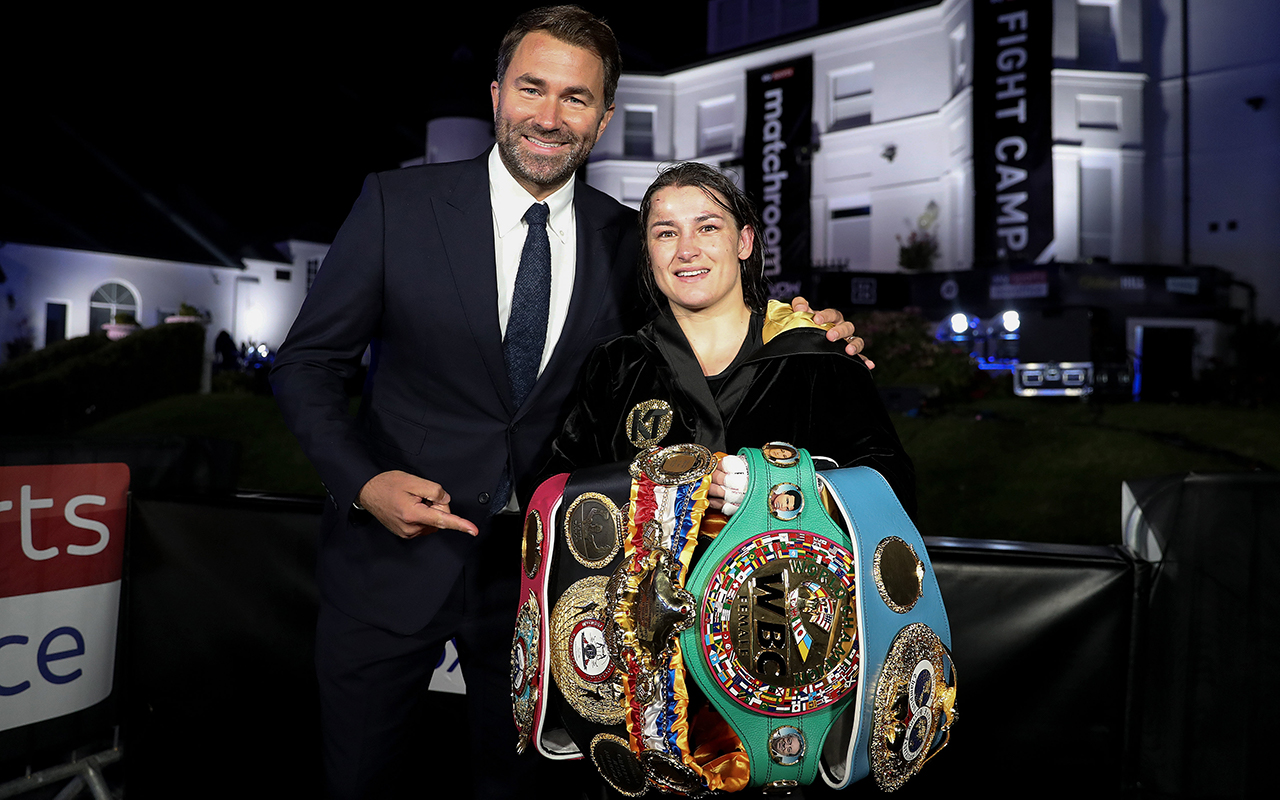 The much speculated crossover match between Taylor and Brazilian-American MMA star Cris Cyborg was also brought up.

Hearn said that it would be the ideal crossover fight.

"I'd like Katie Taylor against Cyborg. I think that's a huge crossover fight, two of the biggest female stars in combat sport," Hearn said.

"Cyborg can box, she hits very, very hard. She's very dangerous. I like that fight as well.

"Katie is the easiest person to deal with, honestly. She just wants the biggest fights she can possibly get."