The NFL offseason was dominated by the drama surrounding wide receiver Antonio Brown. It came a...

The NFL offseason was dominated by the drama surrounding wide receiver Antonio Brown. It came as no surprise that the Super Bowl champion New England Patriots signed him after being cut by the Oakland Raiders.

Brown had an eventful few months in Oakland after getting frostbite on his feet which prevented him from training, refusing to practice because of the NFL's new helmets and getting into an altercation with new Raiders general manager Mike Mayock after he fined him.

All the signs pointed to Brown leaving the Raiders and eventually he was cut. It did not take long though for the Patriots to swoop in offering Brown a one-year $15m (€13.5m) deal.

Speaking on Monday's OTB AM, NFL analyst Michael Carlson said he was surprised that they would make a move to sign the troubled star.

"I hadn't thought about it much because I thought the Patriots are so stacked at wide receiver that they wouldn't necessarily jump at the chance to sign another one.

"You saw the way they tore through Pittsburgh [Steelers], Josh Gordon had an amazing game for them. So the question becomes who are they going to cut when they sign Antonio Brown? 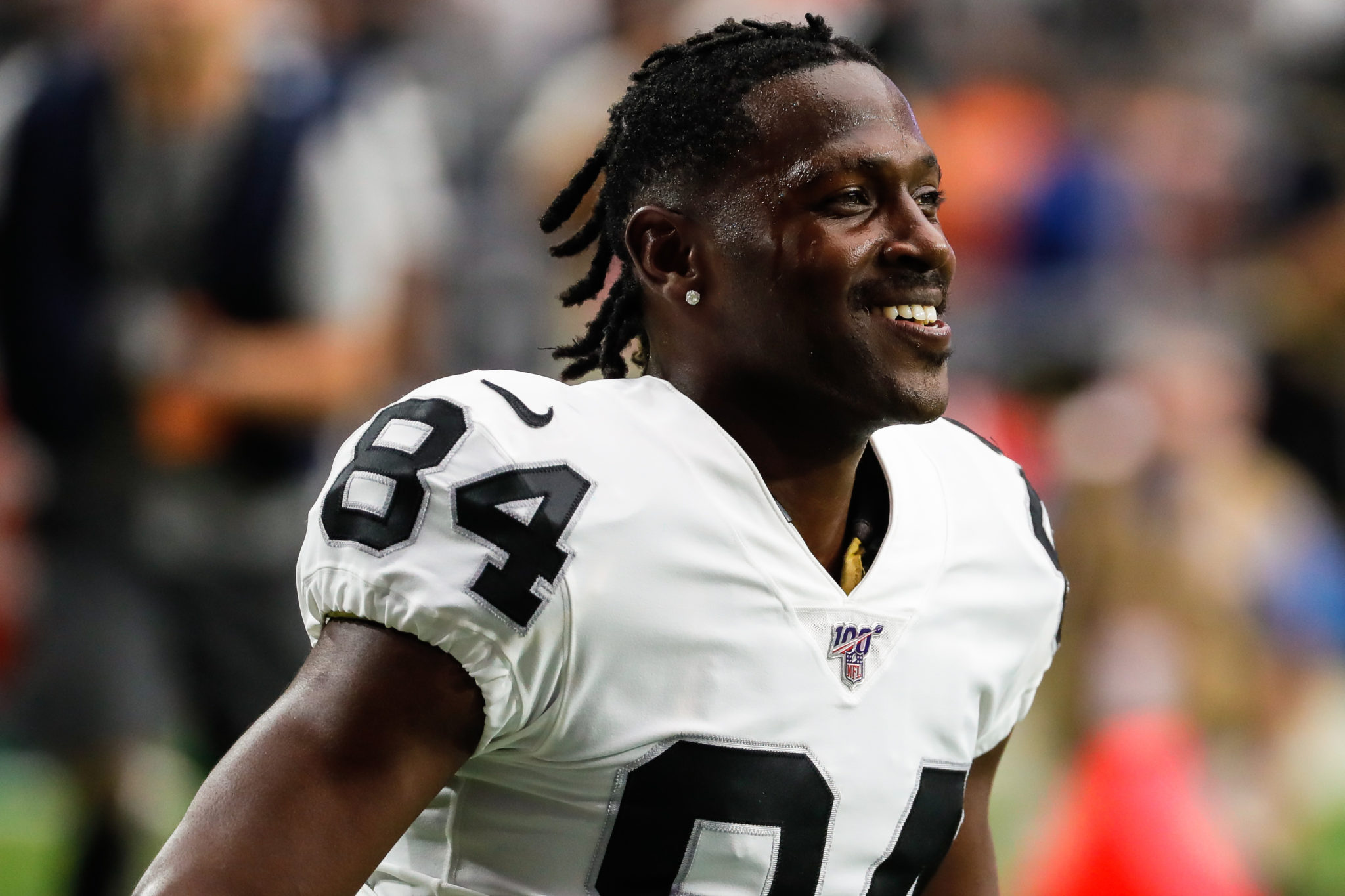 "There are probably six guys at the bottom of the roster that are sweating bullets right now as they wait for Brown to show up in Foxborough," Carlson said.

When it came down to it, he felt that Brown was not happy sticking around in Oakland with Jon Gruden as head coach

"I think I said this a few weeks ago but, Jon Gruden is the Boris Johnson of the NFL and he is playing to the cameras all the time.

"He's telling everybody what they want to hear whether it has any basis in reality or not.

"I think Antonio Brown looked around and thought 'I have got this deal here but I don't want to be here, this team is going nowhere'", the analyst said.