Kenyan runner Joan Chelimo has spoken about how her friend Agnes Tirop's tragic death became a moment of change against domestic violence in Kenya.

In October, Agnes Tirop was found dead, and her husband Emmanuel Ibrahim Rotich was subsequently charged with her murder.

Rotich fled the town of Iten, where Tirop was found dead in their home with apparent stab wounds to the neck. He was then arrested in the city of Mombasa after spending days offline.

Tirop represented Kenya at the Tokyo Olympics, placing 4th in the women's 5,000m. She had won bronze in the 10,000m at each of the last two World Athletics Championships.

Speaking on OTB Sports, Chelimo, a teammate of Tirop and a long-time friend, opened up about the reaction to the tragedy.

"It was one of the sad moments of my life," she said. "It was the saddest day and news I could get.

"Agnes was my friend. She was very close to me. I knew her very well.

"It was really tough for me because I could not believe it. I went to her house. I could just see her lying down helplessly." 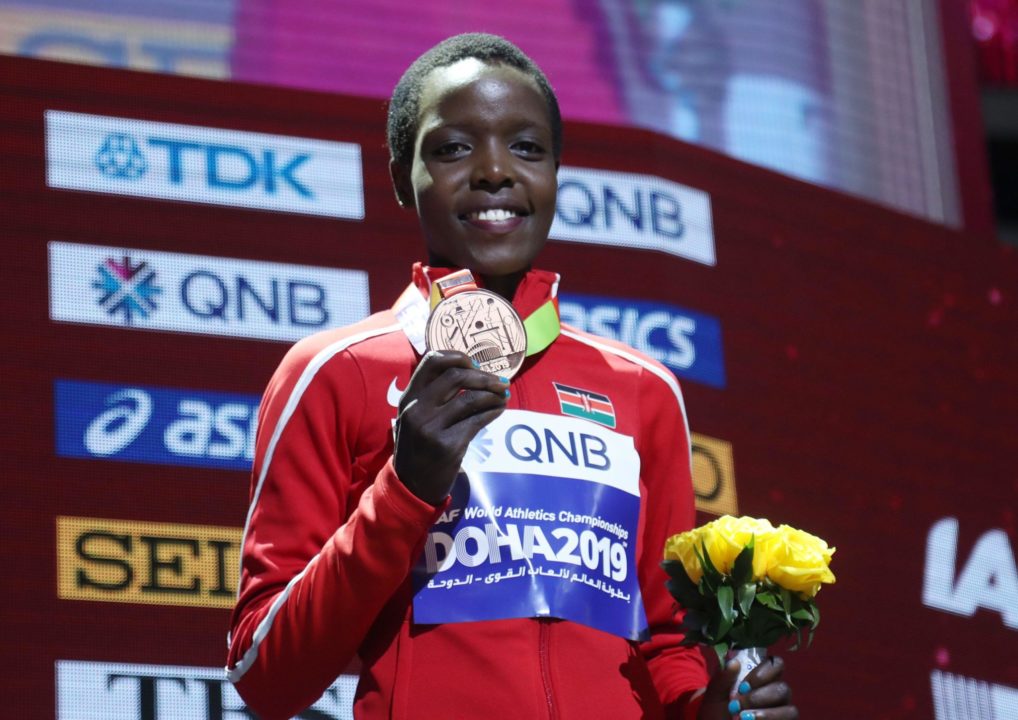 "Agnes was very talented. When she was in primary school, she was very strong. She was even running barefoot and winning races.

"Agnes was a quiet girl. She was always just smiling.

Chelimo, along with other Kenyan athletes and the family of Tirop, has set up Tirop's Angels - an organisation standing up against gender-based violence.

"You could not know she was being abused.

"You could not read anything from her face. It was very sad that she was suffering in silence.

"She could not talk to anyone about what she was going through. That's why we have set up Tirop's Angels.

"It was a wake-up call. After the incident, many people have come out and talked to me personally about what they're going through. It is really sad for Kenya and also for the world.

"It was like an alarm. We are now creating a movement. We don't want any other person to go through what Agnes went through.

"With Tirop's Angels, we have promised ourselves what happened to her will never happen again, and this is why we have created the movement.

"This is not only about athletes or about Kenya. It is about every part of the world.

"As we speak, many women are being murdered and suffering. They live in fear of society."

The long-distance runner explained what life was like in Kenya growing up and how people would deal with domestic violence.

"When we were growing up, violence was just normal. If you were beaten, people would laugh at you.

"That's why they are afraid to speak up. That's why we have the movement.

"We have to teach women their rights. The world is changing. We want to educate young boys that this isn't okay."

"We focus on building safe houses where they can run to for help. We have people who can talk to them about their mental health.

Chelimo and the other founders of Tirop's Angels will continue to fight injustice in memory of their beloved friend Agnes Tirop for many years to come.

If you have been affected by any of the topics in this piece, please contact www.safeireland.ie or call 1800 341 900