"There was a heavy, heavy load on my shoulders" | James Gallagher found a way to handle MMA stress

As he prepares to headline yet another Bellator event in Dublin next year, James Gallagher explai...

"There was a heavy, heavy load on my shoulders" | James Gallagher found a way to handle MMA stress

As he prepares to headline yet another Bellator event in Dublin next year, James Gallagher explained how he has adapted to the stresses of a hectic day-to-day life on Wednesday's OTB AM.

Defeated for the first time in his professional career in August 2018, a brutal loss at the hands - and feet - of Ricky Bandejas gave James Gallagher pause for thought.

Since making his Bellator debut in 2016, the Tyrone-native has had 11 professional outings; all the more remarkable given that he spent well over a year sidelined by injury.

Rapidly scaling the heights of MMA in a short space of time, it has not all been straight forward for the 'Strabanimal.'

"I'm still not really sure what caused it," he explained of his suffering with panic attacks. "I think maybe it was just a build-up of so much.

"I only turned 23 last month and I've just had a big climb, there's lots of money, fame, but I don't think it was any one of those things.

"There was just a heavy, heavy load on my shoulders." 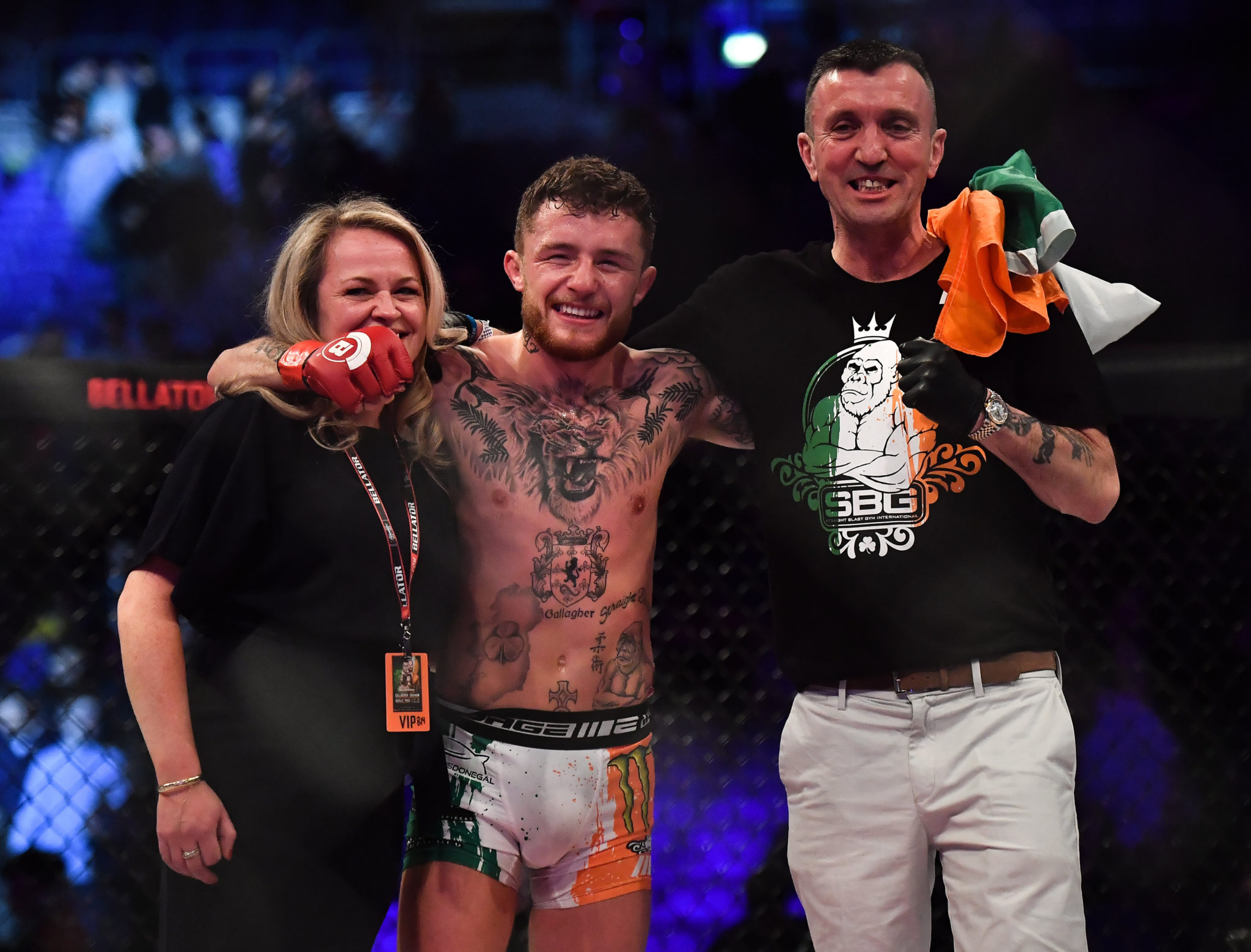 James Gallagher celebrates with his mother Doreen and father Andy following his Bantamweight bout with Steven Graham during Bellator 217 at the 3 Arena in Dublin. Photo by David Fitzgerald/Sportsfile

In a wide-ranging interview with Off the Ball that can be viewed here, James Gallagher explained why he had spoken so openly of his struggles, and how certain elements of it were overstated.

"I prioritise my schedule now," he explained of how he has addressed the causes. "I feel great.

"The reason I came out and said it was because I felt that way.

"Every time people speak to me or I do an interview, I'm asked how I am feeling. Usually, I feel like I'm going to be the best ever, a world champion. But back then, I didn't. If you ask me how I feel, I'll tell you how I feel.

"I'm very professional about my training, so I just spoke to people straight away when I wasn't feeling good. I had been training once, and it just overwhelmed me and I had a panic attack."

You can read about James Gallagher's relationship with coach John Kavanagh here, and listen to the full interview back here.