Hagler-Hearns and the greatest eight minutes of boxing | Don Stradley

Author Don Stradley joined Joe Molloy on Off The Ball this week to discuss his new book; 'The Wa...

Hagler-Hearns and the greatest eight minutes of boxing | Don Stradley

Author Don Stradley joined Joe Molloy on Off The Ball this week to discuss his new book; 'The War: Hagler-Hearns and Three Rounds for the Ages'.

The fight only lasted three rounds but has since become legendary. Nicknamed 'The War', this eight-minute stretch is regularly referred to as the greatest three rounds of boxing in history. It's an iconic fight that everyone already knows about, but the context of it still drew Don Stradley to write about it.

It was a pivotal time in boxing.

"Sugar Ray Leonard had gone into retirement and it didn't seem like boxing had a superstar. They had a lot of guys who were not quite at that superstar level, and there was a real sort of anticipation of who will step up to replace Ray Leonard.

"Muhammed Ali was gone, Ray Mancini, Jerry Cooney...there was noone who was really considered the next bright star."

The Hagler-Hearns fight came along at the right time to reshape boxing.

It only lasted eight minutes, but immediately became part of the lexicon of sports.

"36 years later you don't realize how big of an event it turned out to be. At that time, coverage of boxing was starting to change as well because pay-per-view was starting to become a factor...they didn't know if they should show this fight on pay-per-view or at theatres on closed-circuit television.

"Bob Arum sent these two fighters out on this cross-country promotional tour before the fight that lasted a few weeks. That was really unheard of."

The impact of that promotion was obvious. McGregor's brand during those promotional events embraced controversy. Hagler and Hearns created the blueprint for that.

"Every morning you'd pick up your newspaper and right there in the sports section you'd see Hagler and Hearns. Today they're in Denver, Colorado and they called each other names. It became this sort of daily event of following these guys across the country.

"But it worked. It got people very interested in this fight.

"At the time, people weren't anticipating a great fight. They were anticipating a good fight. This publicity tour it turned America into boxing fans, which hadn't been the case since the retirement of Ali and Ray Leonard. Boxing had dipped in popularity.

"The mainstream had kind of lost interest in boxing. It was the publicity that really put it over."

The fight lived up to the hype. In eight minutes, it packed in more action than most 12-round bouts. 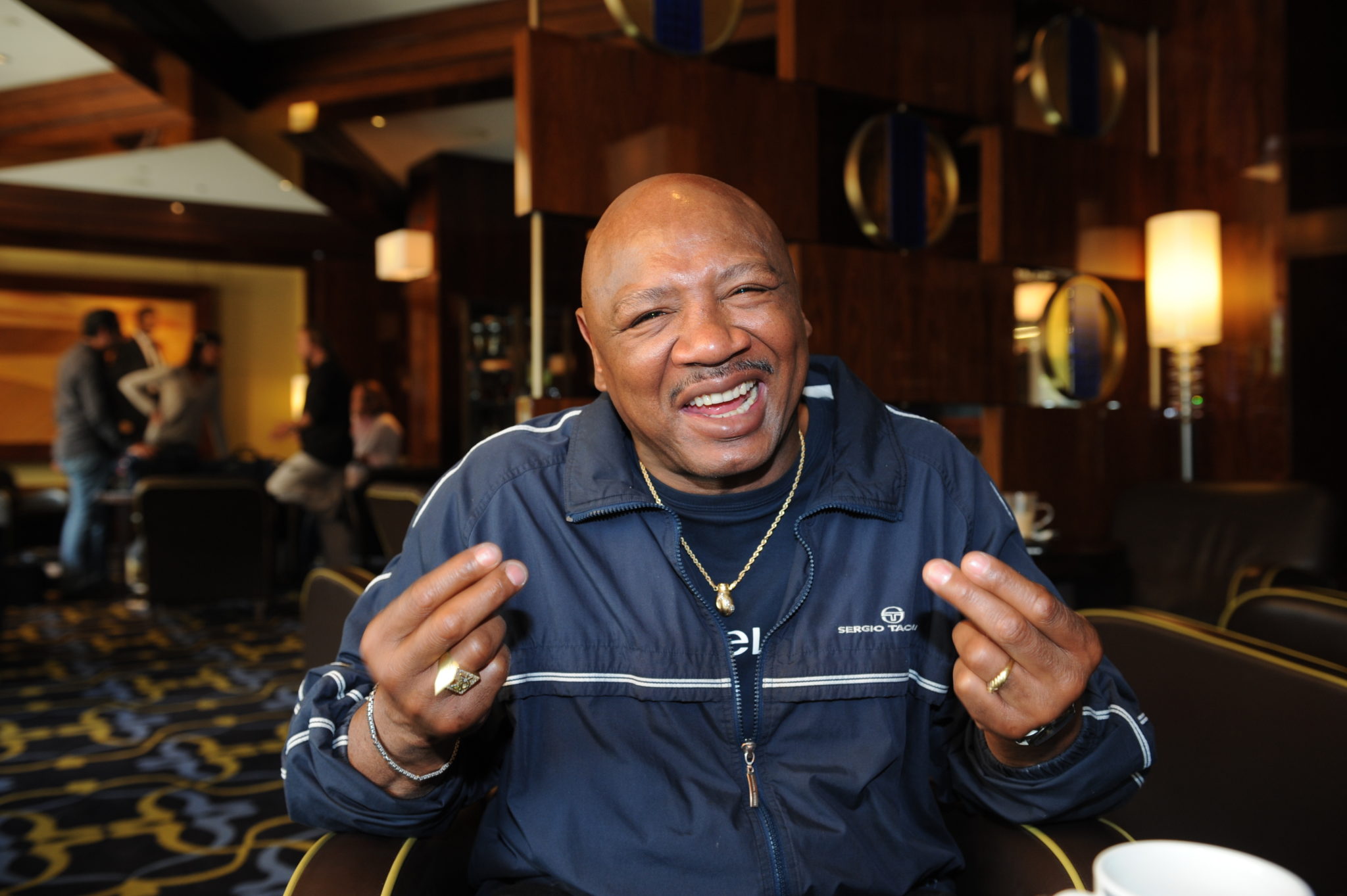 US former boxer Marvin Hagler poses for our photographer in Geneva, Switzerland on May 6, 2011.

Hagler began his boxing career in the 70s and became a star in the 80s. He never got the acclaim that those who came before him did. That made him an embittered civilian by the time the bout with Hearns came about in 1985.

"He was in a difficult era because when he started out Muhammed Ali was still boxing. There was only room for Muhammed Ali. Anyone else was way on the backburner...it was just Ali all the time. First he was in Ali's shadow, then he was in Leonard's shadow.

"The problem that Hagler faced also as that he was not a ticket seller in those early years. He was sort of an obscure fighter.

"The local press thought this was a story, we have this great fighter and he's not getting the recognition so they would do a lot of articles on Hagler. It was very impressive the way the Boston press sort of gravitated towards Hagler.

"But every time they interviewed him he was bitter, he was complaining that he wasn't getting enough attention."

Hagler's perpetual scowl didn't match the charisma of Ali or the fun-loving nature of Leonard. He was essentially self-sabotaging by complaining that he couldn't get fans during his opportunities to endear himself to fans.

Stradley got to know Hagler's trainers over the years since the fight.

"Goody [Petronelli] would tell me it was almost a crime that people never got to know what a nice guy Marvin Hagler really was. He would put on that face when he was in public, he would put on this sour face because he thought that was what people wanted.

"People never got to know him as a nice guy."

Hagler proved to be very engaging in one-on-one conversations. Stradley found many people who could attest to that. But if even one more person joined the conversation, he would show signs of anxiety and social discomfort.

"He eventually became the highest-paid athlete in the world, but nobody knew who he was." 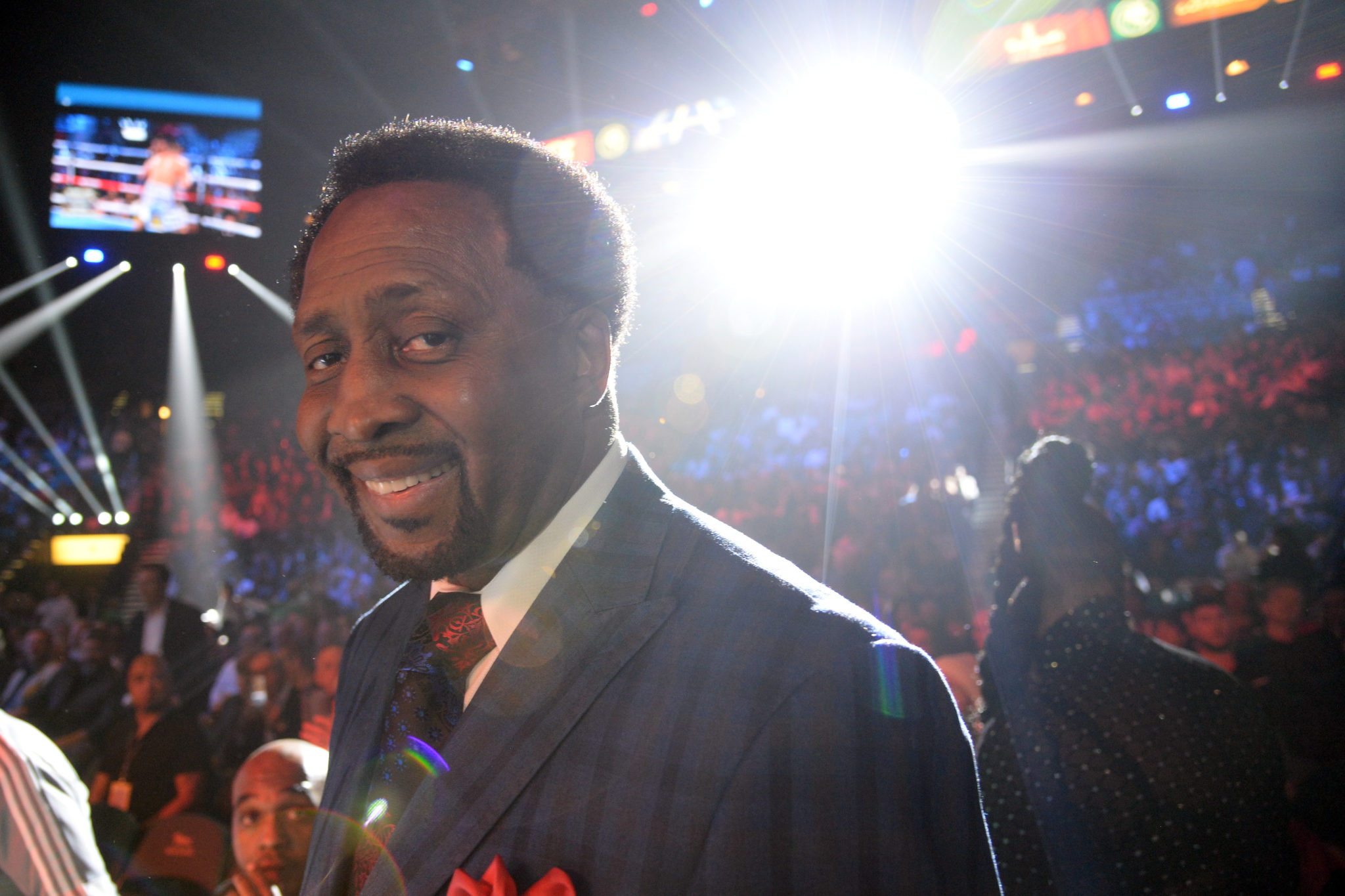 One of the frustrations for Hagler over his career was that he never got to fight Sugar Ray Leonard in his prime. The two fighters eventually met in 1987 after Leonard came out of retirement. Hagler lost in a controversial split decision.

Hearns was 22 years of age in 1981 when he fought Leonard. He lost in the 14th round but made $8 million. He was able to start his career out with the bout that Hagler wanted. That put Hearns on a different career trajectory than Hagler.

"Tommy Hearns to me is a very interesting character.

"I really tried to give Hearns his due for his part in this story...He was that sort of underprivileged kid in Detroit, in a really bad section of town. And when he became famous, he didn't know how to be famous. He didn't know what he was supposed to do so he started to imitate other famous people.

"He just sort of did what he thought he was supposed to do as a famous celebrity sports figure."

Hearns didn't fit in celebrity culture. If there was a party going on in his house, he'd isolate himself in his room to watch Elvis Pressley movies.

"He was more like Hagler than maybe either one of them wanted to admit."

But there was a big difference in that Hearns was very popular in his hometown of Detroit whereas Hagler was less popular in Boston.

"Tommy's story to me is equally as fascinating as Hagler's. They both had a lot of pitfalls on their way to meeting each other."