Shane Getkate and Conor Olphert have been called into the Ireland cricket squad for the remaining...

Shane Getkate and Conor Olphert have been called into the Ireland cricket squad for the remaining ODIs against the UAE and Afghanistan.

All-rounder Getkate replaces the injured David Delany in the squad, providing cover for both the squad’s batting and bowling stocks, and he will be hoping to add to his tally of 18 Ireland caps which came after his international debut in February 2019.

The 29-year-old's last international appearance was against Afghanistan in a T20I in March last year and he is eager to join up with the rest of the squad in the Middle East.

“I was delighted to get the call and for the chance to join the squad out in Abu Dhabi," said Getkate.

"I’m really looking forward to getting out there – it certainly makes a nice change from indoor training. Hopefully the guys can get some wins against UAE in the series and then bring that momentum into the Afghan series."

Olphert has been brought in as a net bowler for the Irish side, given the need due to COVID-19 protocols. 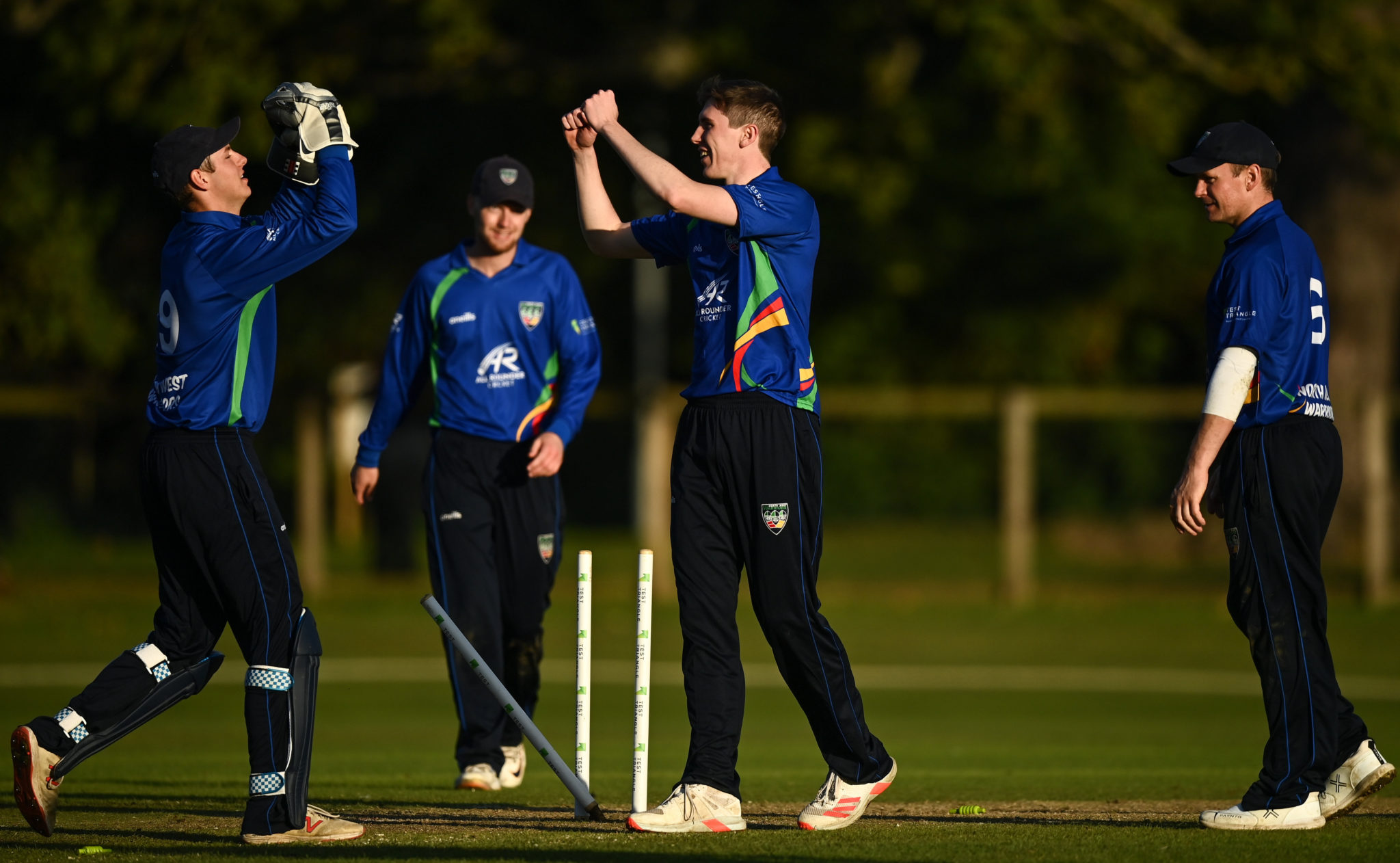 28 September 2020; Conor Olphert of North West Warriors, centre, celebrates with Will Smale, left, after bowling Greg Ford of Leinster Lightning during the Test Triangle Inter-Provincial Series 50 over match between Leinster Lightning and North-West Warriors at Malahide Cricket in Dublin. Photo by Sam Barnes/Sportsfile

The 24-year-old uncapped pace bowler has been explosive for his club side Bready and made his inter-provincial debut for North West Warriors in September against Leinster Lightning, taking two wickets.

Olphert is the son of Mark Olphert, who made an appearance for Ireland in 1998 against a touring Australia ‘A’ side and admits he wasn't expecting the call-up.

"To be honest, I'm completely shocked. I really appreciate the opportunity to go out to the UAE," said Olphert.

"It’s not something I'd ever thought I'd get a chance to do, so I'm determined to make the most of the opportunity. I can't wait to get out there and meet up with the squad."

Getkate and Olphert have arrived in Abu Dhabi and will now quarantine for three days. They have both tested negative prior to, and on arrival but will not be available for tomorrow's 2nd ODI against the UAE.

The Chair of National Men’s Selectors, Andrew White, feels this is a big opportunity for Getkate to build on what he has achieved so far in an Irish shirt.

“While it was a disappointment to lose David Delany early in the tour, it now provides a chance for Shane to come in and try to make his mark," said White.

"While most of his international appearances so far are in the T20 format, Shane played three ODIs against Zimbabwe in 2019 and claimed six wickets at 20 runs apiece.

"His versatility with both bat and ball will be of benefit to the squad and he has experience playing in Middle Eastern conditions.

"Conor is a very promising young pace bowler from the North West. We are sending him out as a net bowler and to give him his first taste of international touring – albeit his experience in the bio-bubble will not be a typical experience.

"Given the need for squads to provide their own net bowlers, and given the loss of Delany, we considered it a prudent option of increasing our bowling unit out in Abu Dhabi."

The international fixtures, which will be played at the Zayed Cricket Stadium in Abu Dhabi, are:

Matches will be livestreamed via Youtube in Ireland / UK, with further details made available closer to the match days. For the rest of the world, the series with either be shown on satellite television or livestreamed, so please check local guides.

OTB AM | Alan Quinlan joined the lads this morning to look back at the weekend's action and to discuss the uncertainty surrounding the 2021 Six Nations.