The 2019 Formula 1 season came to an end on Sunday as Lewis Hamilton capped off his fine year with victory in Abu Dhabi.

The Mercedes driver had long since clinched his sixth drivers title which he didn't necessarily even need to be considered among the pantheon of the sport.

He was already level with the '50s icon Juan Manuel Fangio and only Michael Schumacher was still out in front with seven Championships.

The German remains top of those all-time standings but you wouldn't bet against Hamilton matching or even surpassing that haul.

This has been the season where the British driver has combined his experience, race craft and speed into a mature title win.

As many observers have noted, he didn't deliver many "wow" moments compared to previous years. But what he has been is relentless in a way none of his prospective rivals could match.

As Irish former F1 driver Derek Daly told Off The Ball in November, he "has that relentless ability to run somebody down, to always stay in the shadows, to always be ready to pounce".

Obviously, Hamilton is the deserving champion but he's not the only driver to impress in 2019.

Max Verstappen finished third in the Championship, beating both Ferraris in the individual stakes. And he has had some superlative races this year.

Back in July, he really caught the eye with his maiden win of the campaign in the Austrian hills. It saw his natural and sometimes untameable aggression combine with his obvious speed to secure an outstanding win.

And it had followed a very steady start to the season where he consistently finished in the upper echelons. The young Dutchman would win twice more before season's end in Germany and Brazil to really announce himself as a potential future title challenger should Red Bull provide a strong package in 2020 and beyond.

His likely future rival Charles Leclerc had his inconsistencies at times. But the young Ferrari star outclassed an under-pressure Sebastian Vettel, winning the first two races of his career and setting the most pole position laps with seven across the year. Honourable mentions also go to Alex Albon who Red Bull promoted at Pierre Gasly's expense and McLaren's Lando Norris. Even George Russell who was the only driver not to score points in a poor Williams actually had a good year by other measures.

But for me, Norris' team-mate Carlos Sainz is the "pound for pound" driver of the year. Well, "wheel for wheel" might fit better given this is motorsport! If you take machinery into account, the Spanish driver showed immense consistency throughout the year. 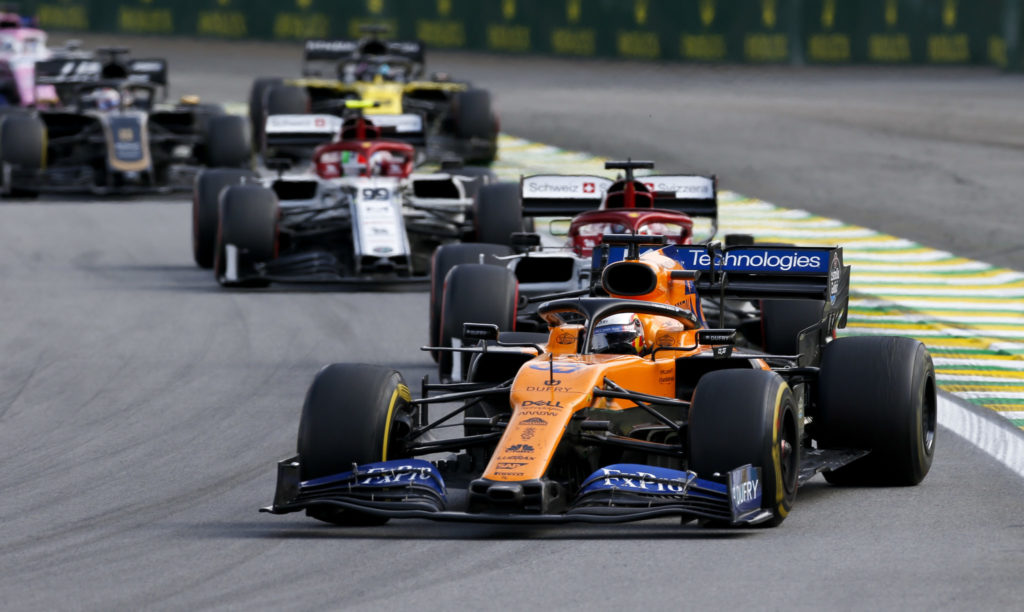 He only had one podium finish to show for it which was by default in Brazil. But podiums were a rare thing for the drivers outside the Top 3 teams. Apart from Sainz, only Daniil Kvyat and Gasly in the Toro Rosso managed to get on the podium while in a non-Top 3 car. McLaren have made strides after some difficult years to finish fourth in the Constructors title. And much of that was down to Sainz in particular, as well as Norris.

The former ended up as the "best of the rest" in the Drivers Championship, finishing sixth, 46 points clear of Norris. Eight times he managed to cross the start/finish line in sixth, driving maturely throughout 2019. The 25-year-old impressed and will certainly be one to watch in 2020 if McLaren can follow up this year's improvement.

Fight Island rolls on this Saturday despite coronavirus' best efforts