England's Fallon Sherrock has made history at the 2019-20 PDC World Darts Championships. The 25-y...

England's Fallon Sherrock has made history at the 2019-20 PDC World Darts Championships.

The 25-year-old became the first female darts player to triumph over a male player in the tournament's history.

She defeated Ted Evetts with a final score of 3-2 at Alexandra Palace. 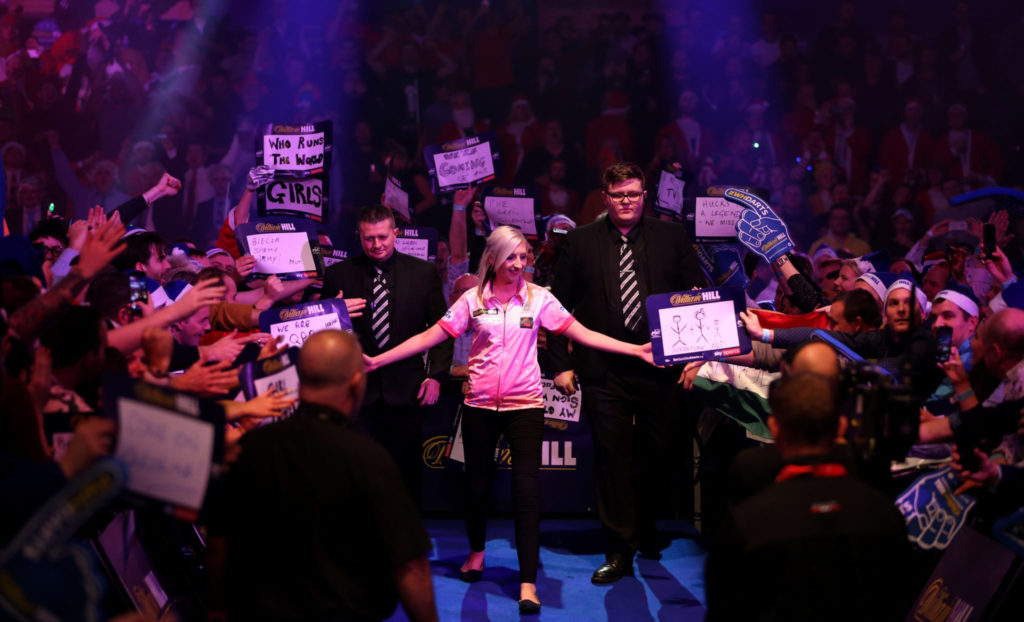 Fallon Sherrock during the walk on during day five of the William Hill World Championships at Alexandra Palace, London.

Speaking to BBC Sport prior to Tuesday's first-round match, she had felt "really confident going into" it.

And so it proved as she secured a landmark win to send herself through to the second round.

The momentous nature of her achievement was something she highlighted to Sky Sports in the aftermath.

"I feel really happy as I've made something for women's darts," she said.

"I've proved that we can play the men and can beat them, so hopefully, this puts us in the right direction."

Fallon previously enjoyed success in 2015, after making her way to the final of 2015 Women's BDO World Championships at the Lakeside.

Dave Clark | "When I walked out on stage, the Parkinson's symptoms disappeared"