Irish Olympic gold medalist Ellen Keane experienced a rapturous welcome as she returned to Dublin from Tokyo last night. The swimmer won gold at her fourth Paralympic games this summer and described the welcome home celebrations as "completely unexpected."

Speaking on OTB AM on Thursday morning, Keane explained that she was not expecting such a joyous reception.

"It was madness," Keane said, "I was completely not expecting to see complete strangers cheering my name."

The 26-year old set a personal best to claim her gold medal thrillingly in Tokyo.

Schoolchildren could be seen chanting her name as the Garda escort made its way through the gold medalists hometown.

"I was very emotional."

Keane highlighted the impact her win might have on the promotion of Paralympic sports going forward.

The Dublin-native noticed the level of detail put in place for her arrival:

"The logo for the Paralympics is called the Agitos," she said, "a lot of people would confuse it with the Olympic rings, and in Clontarf, they put up a flag of the Agitos. That got me going as well because I was like, that's for me. I'm doing that."

"I'm just so proud that I am able to do that and maybe inspire a few kids to get involved in parasport. I think this medal is going to make a difference in terms of growing the profile of the Paralympics."

Keane explained her victory didn't sink in straight away following the event.

Keane's victory comes hot off the trail of fellow countrywoman and Olympic gold medalist Kellie Harrington. The residents of Harrington's hometown celebrated in the early hours of the morning in Portland Row in August.

Allianz’ Paralympic brand ambassador Ellen Keane won gold in the SB8 100-metre breaststroke at the Tokyo 2020 Paralympic games. Allianz Ireland has been a proud sponsor of Paralympics Ireland since 2010 and has partnered with Ellen for the past 5 years. 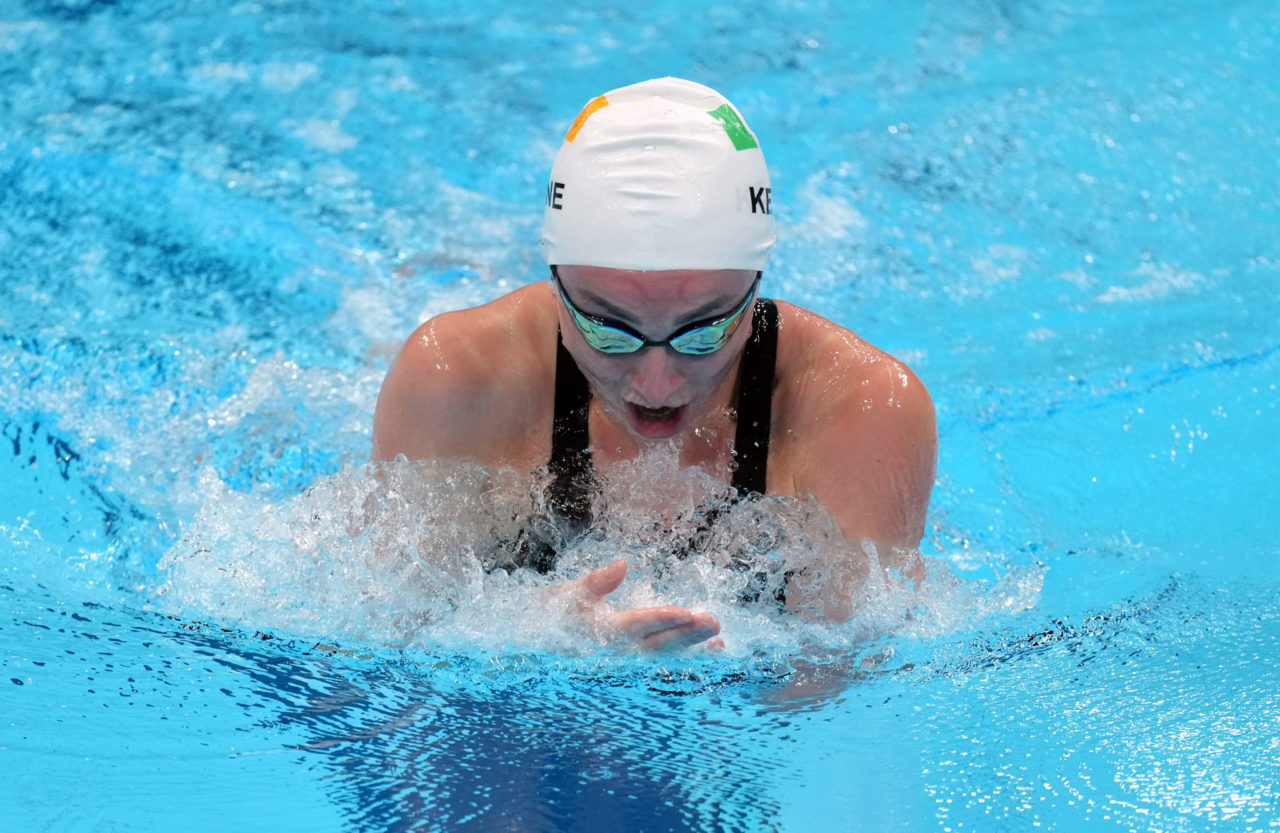 Republic of Ireland's Ellen Keane competes in the Women's 100m Breaststroke SB8 heats during the Swimming at the Tokyo Aquatics Centre on the second day of the Tokyo 2020 Paralympic Games in Japan. Picture date: Thursday, August 26, 2021.

'It's currently under my pillow!' | Ellen Keane on winning gold

Ellen Keane wins gold for Ireland at the Paralympic Games